Funny stories of people dramatically resigning from their jobs

Let’s not forget one of the titans of the genre, Steven Slater, a fed-up flight attendant who cursed out an entire flight, grabbed a beer, popped the escape slide on the ground, and legged it.

On August 9, 2010, JetBlue flight attendant Steven Slater quits his job in dramatic style by sliding down his plane’s emergency-escape chute while the aircraft

I’ve never done anything so dramatic, but I did quit Walmart by just not showing up anymore. This has, sadly, left me ineligible to be rehired by Walmart. Oh well. 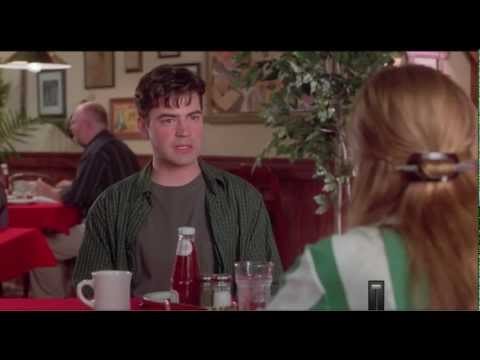 I’ve never done anything so dramatic, but I did quit Walmart by just not showing up anymore. This has, sadly, left me ineligible to be rehired by Walmart. Oh well.

20 years ago, there was a guy in my group that didn’t show up for work one day. He wasn’t a slacker or anything at all, so we just assumed that he had an emergency or something. But when he didn’t show the next day, we all were pretty concerned. My boss was able to get hold of his wife and she was like “I haven’t seen him in two days either”.
FF to a couple days later, he re-appeared home, had had a minor panic attack (supposedly related to the fact that they just had kid number 5) and had to drop out to get his head together. HR was useless to my boss (shocker) when she asked during the time what to do on day two - the HR director was like “fire him”. My boss said she didn’t want to fire him unless it came to a point, but just wanted to know what the proper protocol was. HR director - “I don’t know”. : |
He got his shit together, but not till after he lost the job due to abandonment. Saw him a year later and he was doing great. Still smoked like a chimney, tho…

Yeah that’s basically what I did, minus the Kung Fu part. I did get another job, though. Walmart is not a great place to work. I had been there about 18 months, and I could already tell if I stayed much longer, I was probably going to be stuck working there the rest of my life.

Seems more like the right way, all things considered

I love the line, “So I’ve decided to get fired, and… I’ve always sorta wondered what that would take”.

I’ve had a few dramatic quitting moments. There was the time I gave 7 months notice and they were positive I was joking…until I didn’t show up. Or the time I turned in my notice and was told to “keep it quiet” so I just wrote a line from “My Way” on the board each day until I left. My most recent departure I was supposed to get a promotion but instead the hiring manager who was recently moved to the team had a grudge against me so instead hired a friend for the role (after subjecting me to weeks of interviews) and then the next day, on her first day, I welcomed her with my resignation in a nice crisp white envelope. She said she was told I was ‘cool with it’ and would do most of the work…

I used to be a supervisor in a call centre and there was a period of a few months where leavers on our team tended to send a poison-pill email calling out people they didn’t like on their last day. In one of them I was described as the love-child of Jesus and Ming The Merciless, at least in part because I dared to tell people to look up fixes in our knowledge base so they’d learn to use it instead of constantly finding me and asking me the answer and keeping people on hold while they looked for me.

The thing is, my name makes me highly googlable, and so I found this email transcribed onto a message board by someone else who worked in the company and didn’t like the guy who sent it in the first place…

I only ever quit a job once, as an engineer designing VMEbus computers and interfaces for the military industrial complex (later bought by Curtiss-Wright). That was two days after 9/11, the morning after I saw Bush on the TV news, explaining how he had plans to invade a country that had nothing to do with the attacks. The next morning I called the company president and told him that I had no desire to be a part of that misadventure. Then I went miniature golfing with my family.

No idea who picks the stock photos that go with your blogs, but the image for this one was kinda funny - the only black person in the company is getting the boot and smiling about it. Of course, it could also be the opposite. I can just hear her now. “As the CEO, I’ve taken the liberty of gathering all of the useless trash off your desks in this box. You can grab your stuff as you leave - you are all fired.”

So one summer I picked up an extra job at a local amphitheater, the one that all of the major touring acts would hit through town. Not because I needed the money, or even really wanted to, but a girl I was dating at the time wanted to work there, and drug me with her. Being strong, reliable, and 21, I got the coveted job of hauling kegs from the warehouse up to the different concession buildings.

Signing on, I let them know ahead of time that, come mid summer, I wasn’t going to be able to work Friday and Saturday nights due to prior commitments. So of course they scheduled me anyways. Reminded them I wasn’t working then, but they kept me on the schedule, tried to tell me I had to, it was too late. Just didn’t show up, figured that was it.

Apparently they needed me too much to fire me, cause they scheduled me for the next weekend. And the one after that. It took a week for them to finally give up.

I know someone who booked two weeks vacation. Then he told HR that it was his two week notice and that he quit. Told his coworkers that he was never coming back. Didn’t tell his manager, who wasn’t well liked and was the reason he was quitting. Apparently neither HR nor his coworkers told the manager because two weeks later manager called asking why he wasn’t at work.

The third entry is straight up ninjutsu: 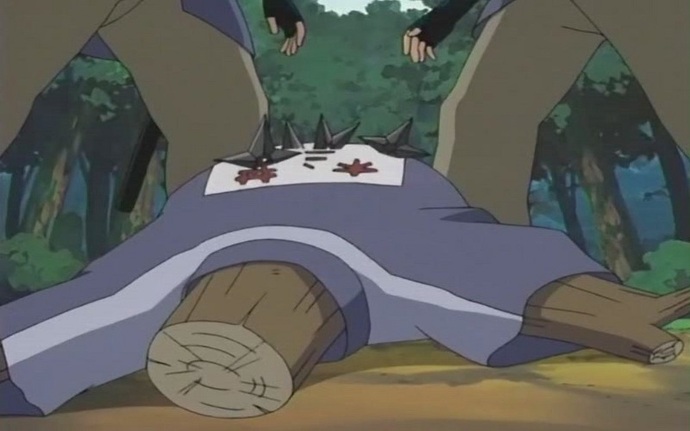 Somewhat out of desperation I decided to answer an ad for what turned out to be cold calling bottom of the barrel “business leads.” Training was mostly motivational speeches telling us about how much we could earn and other BS. After the second day I Googled the company and found all the BBB reports on them, the numerous listings for scams, lots of questionable treatment of employees, etc.

I actually did go back for a third day, pondering what to do about my increasing dread of the situation. About midday I connected to a person who was listed as a business contact for a company, but as was becoming increasingly obvious was someone running a small family business something like my grandmother used to do. (Sounded a lot like her too, actually.) I apologized, told her I’d gotten the wrong number and hung up.

My next call was someone who saw the scam right away, possibly because the company had called him before. I said something like “you know what? You’re right. This is a scam. I’m actually going to go quit this job right now.” Hung up, picked up my crap, and walked out while the floor manager tried to convince me to come back. He actually followed me all the way to the door, but I refused to talk to him, just kept walking until I got to my car and left.

My only regret is that I didn’t spend the last half day advising people to look up the company on the BBB website and report the business if they weren’t happy.

the only black person in the company is getting the boot and smiling about it.

Quitting a job is not the same thing as getting the boot.

I did quit Walmart by just not showing up anymore.

ive twice forgotten i had jobs, then realized i really probably should have shown up, and quit inorder to cover the whole thing up

once was telemarketing and once was catering, and also i was young. ( in defense of my young self, the telemarketing job was awful and the catering job… i never did figure out where they posted the schedule )

it’s terribly hard to get fired at some jobs. sometimes you ( or your subconscious ) just have to handle it yourself

I should have known that, given that the previous coordinators lasted an average of 6 months, that I should have not accepted the position, but the proposed pay raise was enticing, and also I was naive and though that I could improve the workflow with some good ideas.

The first hit came when the pay raise never materialized. They told me that it was a temporary assignation (by contract they could do that for 3 months, then pay me retroactively if I was doing an acceptable job); but at least they let me do some reforms (like updating the documentation database and training the night shift on our procedures) which lead to a much welcomed drop in ticket resolution length and praises from the client.

There were a lot of “things done wrong” there, like the fact that I had to be available on call at all times (this is forbidden by local regulations, but I did not knew at the time), so it was not unusual for me to lose sleep to night calls (that dropped quite a lot once the training improved their responsed), but still had to be at the office for the 9-to-7 day.

For me what ended being the proverbial straw was when they started firing people: as our productivity increased, they feel we were not doing that much, so they fired one of my “subordinates” and let the rest handle the extra workload… And when I started to get constant panic attacks due to the stress.

Finally, on a meeting with the client, they announced (without telling me first) that were going to fire another tech. I asked them how they expect our team to handle the extra workload as we were already overworked and failing some of the SLA points . They told me “that was not proper to the meeting”, to which I sat up, announced “me voy a tomar por culo” (roughly: “I’m going to get fucked elsewhere”) and left the building to not return.

At the same time, I call the rest of the techs (by the time I was already wised-up a bit, and consulted with a lawyer about my contract) and told them that:
a) not to accept the coordinator position, to force the company to provide one on their payroll
b) that the B company was losing the service contract and to get friendly with the client if they wanted to keep working at the airline company.

I’m happy to say that they followed my suggestions and when, two months later, B lost the bid to keep providing IT support to Airline, Airline skip A and contracted directly with a new company, with the stipulation that all techs should be direct subcontractors of the new company. My coworkers got rehired by new company with better salary and conditions.