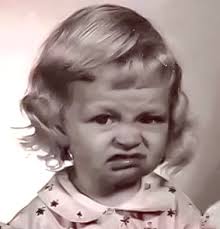 Yeah cause everyone should have gotten that.

I remember this strip and always figured it was some sort of fertility drug. But I was also relatively innocent back then (and had a grandad who was a vet).

There was a comic where Odie was faking being stupid until Jon and Garfield were gone, and then was watching Masterpiece Theater and smoking a pipe. He might not be as dumb as he seems

Do not do that

I always thought it was some sort of fertility drug, particularly because I didn’t think that a veterinarian would make such rookie mistakes in storage and administration of the alternative (plus, how do you mistake that for coffee?).

So Jon is drinking a protein-enriched drink formulated for a pregnant dog.

Who knew Garfield was so complex and nuanced. I sure didn’t.

I don’t know what is sadder, that explanation or that the internet has spent all this time hassling him about it.

I always assumed it was some sort of fertility medicine.

You people are gross.

I don’t know what is sadder, that explanation or that the internet has spent all this time hassling him about it.

Or that people read Garfield, or that he draws it in the first place.

So Jon is drinking a protein-enriched drink

I guess I had stopped reading Garfield by this point.

Gosh, first I’ve heard of this. It’s the sort of thing I would have expected to see finely hashed and re-re-hashed over at Square Root of Minus Garfield, or possibly Lasagna Cat.

(You should probably be careful where you watch that second link.)

Rarely does Garfield get associated with gags in any fashion.