You’ve chosen this track and you better hope it brings you to the next station instead of suddenly ending in warped rails over a crevasse.

I feel your pain Dude.

He reminds me quite a bit of Garrison Keillor. This isn’t stand-up, this is storytelling!

Any links to the referenced Jake Johannsen thrasher set on Letterman?

Too bad the video is US only.

You’ve chosen this track and you better hope it brings you to the next station instead of suddenly ending in warped rails over a crevasse.

What every new parent says!

Worked fine here in my particular corner of non-US. For a change.

Old school comedy like you don’t see much of anymore.

Pretty funny, but what’s he looking at? Is the audience up above him?

(BTW, I still instinctively write Ill. for Illinois, then have to correct. Shows how old I am. Oh, and my old phone number started ID-2, for the Idlewood exchange.)

I couldn’t find it either

Too bad the video is US only.

Also, I’m not usually much of a stand-up fan (too much repetition and relying on vulgarities in place of actual humour), but that was very funny and extremely well done. I wanted him to keep going.

As much as I like Helvetica (not that I spend a lot of time contemplating typefaces, but it’s nice) the failure of it to distinguish upper-case “i” from lower-case “L” is so blatant that it is hard to take it as anything less than an intentional dick move.

Yeah, I wish BB would enter the 21st century and start using Comic Sans already like the rest of us!

Don’t know the letterman bit, but the kid was named John Thompson: 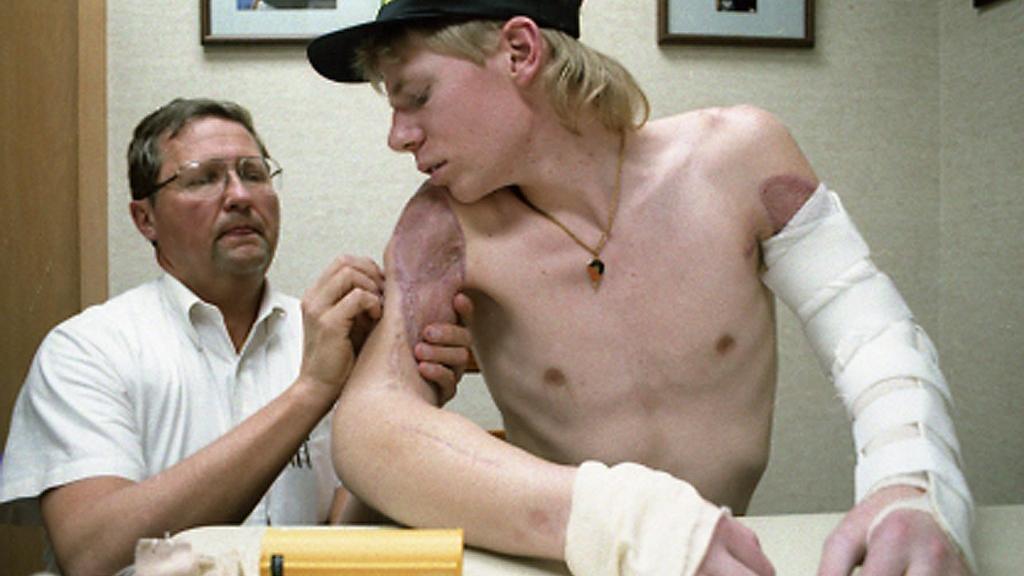 'The kid in the bathtub': Twenty years later

Twenty years after having his arms ripped off by a piece of old farm equipment, John Thompson wants to put the experience behind him.

I actually remember hearing that bit! I think he must have also done it one one of those Just For Laughs comedy specials (unrelated to the current candid camera series of a similar name, to be sure). Can’t seem to turn it up, alas.

The link went immediately to the “we hope you have enjoyed your sample of free access to Bismarck Tribune, now pay up for a subscription” screen. As in, instead of the article.

I enjoy Prussian political history as much as anyone, but that’s some bullshit.

Spoiler alert: The punchline is “won’t”.

If Dotty could look over the minutes and see if we could’ve contracted the “high five” into just a simpler thumbs up?