Just a general thread for discussing various kinds of sportsball games (and non-ball-based sports, too).

Atlanta United (pretty much the only sportsball team I keep up with), has started their pre-season after a crappy first half to last season but an impressive turn around later in the season (though they were out of the playoffs pretty early on)…

They had a game against the GA Storm and handily won this week:

It was smooth sailing for the Five Stripes in the first competitive minutes of the season.

News from the club includes people on the verge of leaving, including the popular homegrown player (one of my faves!) young George Bello…

Atlanta United has reportedly accepted a transfer proposal from Belgian side Cercle Brugge, though personal terms are yet to be agreed and Bundesliga club Arminia Bielefeld is in the mix.

It’s nearly time for the SFOCOTRBEIPR - the Sacred Fight Over Control Of The Rubber Bladder Encased In Pigskin Ritual.

I hope people have plenty of Superb Owl pictures this year.

the Sacred Fight Over Control Of The Rubber Bladder Encased In Pigskin Ritual.

You know, they are supposed to be building a cricket field out in my county?

Maybe the women can rescue things.

The short story is they won a few short games and lost a few, but it was much, much closer than the mens’ Ashes and both side played strongly. The couple of womens games I watched were better played and more entertaining games, certainly compared to the one game I actually went to in person this year (the (mens) Boxing Day test) which was done by day 4.

The running joke is the mens’ series outcome was so predictable that the only money lost to gambling were by people who bought tickets for day 5 (and sometimes 4).

The England women's cricket team are playing against Australia women's cricket team in January and February 2022 to contest the Women's Ashes. The tour consists of one Women's Test match, three Women's One Day Internationals (WODIs), and three Women's Twenty20 Internationals (WT20Is). A points-based system is being used across all three formats of the tour. Australia are the defending champions, after they won the previous series 12–4 in the points-based system. On 17 January 20 As well as the...

Burkina Faso is continuing its extraordinary run at AFCON. 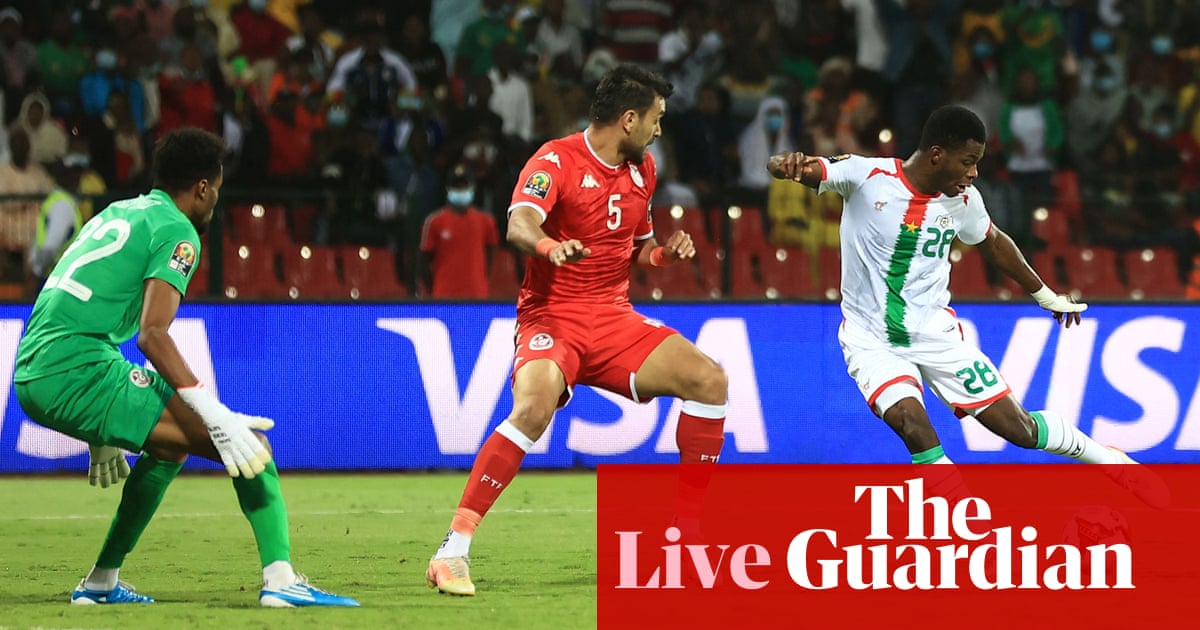 Minute-by-minute report: Dango Ouattara scored the only goal of the match and was sent off as Burkina Faso made it through to the last four. Scott Murray was watching.

The freshly crowned Australian Open champion chooses to have a low-key celebration following her stunning victory in the women's singles final, admitting she felt "pretty wrecked".

Ash Barry’s win now mean that the womens’ AO championship has now gone to twice as many aboriginal Australians (Barty; Goolagong-Crawley) than to homophobic apologists for South African apartheid (Court).

Iranian giants Persepolis and Esteghlal have been kicked out of the Asian Champions League. Although football is massive in Iran, close ties between clubs and the state are holding it back. And privatization is far off.

Tennis fans at the Australian Open are free to wear 'Where is Peng Shuai' T-shirts as long as they are not 'disruptive,' organizers have confirmed. The event had faced criticism after fans were asked to remove them.

Test ends in a very close draw – just how Tests should be with both sides having decent chances of winning (although without the rain I suspect Australia would have won).

Edited: although I was amused by it

You know, they are supposed to be building a cricket field out in my county?

The Indian, Pakistani and Bangladeshi diaspora is really expanding the spread of the sport outside the traditional commonwealth countries. I have gone to T20 games in Germany and Iceland, all of which would have been impossible even 10 years ago.

Has this improved at all?

You know, they are supposed to be building a cricket field out in my county

My college campus is building one, too. We have a few hundred international students from India, Pakistan, amd Bangladesh, and Admin figured it would be fun.

Can it also be used for Quidditch? [scampers]

The Indian, Pakistani and Bangladeshi diaspora is really expanding the spread of the sport outside the traditional commonwealth countries.

Agreed… that is the case here…