ATL can’t catch a break with injuries this year…

The Ukrainians are leading the Deaflympics. 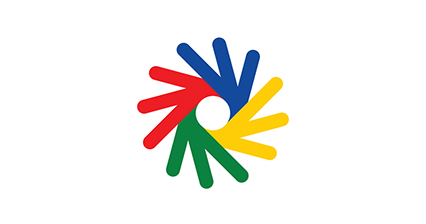 Deaflympics.com is the deaf sports for deaf athletes who compete at an elite international level date back to 1900's. 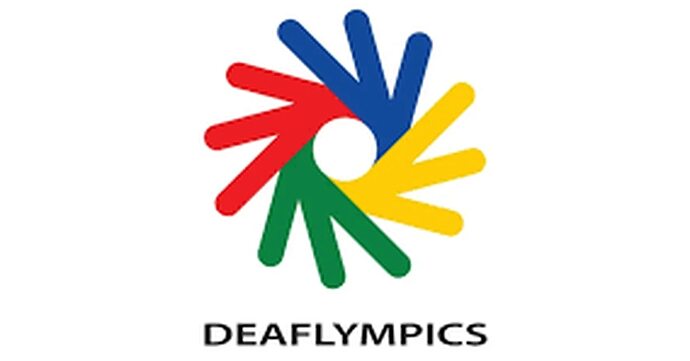 Delayed by nearly six months due to the pandemic, the Games are finally underway

Caxias do Sul (Portuguese pronunciation: [kaˈʃias du ˈsuw], is a city in Rio Grande do Sul, Southern Brazil, situated in the state's mountainous Serra Gaúcha region. It was established by Italian immigrants on June 20, 1890. Today it is the second largest city in the state of Rio Grande do Sul. In 2020, the population of Caxias do Sul was estimated at 517,451 people, many of whom are of Italian and German descent. The demonym of the citizens of Caxias do Sul is Caxiense. The history of Caxias ...

" Is Beitar Jerusalem a racist club? While there’s a vast group of fans that are openly racist, the Israeli Premier League club tries, now and sporadically in the past, to fight them. “Here they come, the racist team of the country,” they sang for many years. But they’re a minority among Beitar fans. Were the English clubs racist entities during the 1980s when fans threw bananas at black players? Are they racist now because some fans abuse players online?"
Yes, yes, and probably not as they ban those fans now are the answers to the author of this article. 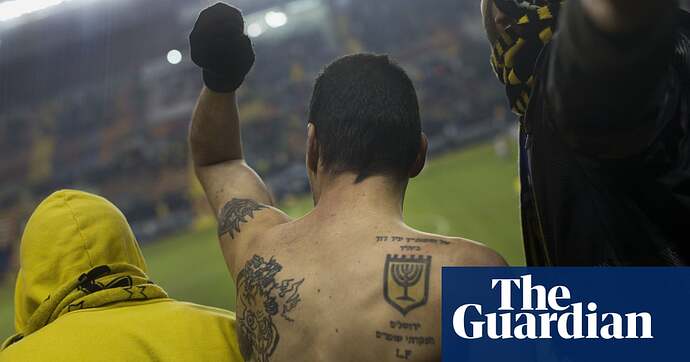 Tale of neglect: how Beitar Jerusalem became infected with racism

The Israeli club have never signed an Arab player and a section of their fans like it that way, as this book extract explains

" Witnesses are the stars in the sky
For racism that is like a dream
The whole world will testify
There will be no Arabs in the team!
I don’t care how many and how they will get killed
Eliminating Arabs makes me thrilled
Boy, girl or old
Will bury every Arab deep in the ground

There’s nothing to discuss here. If you aren’t a racist don’t support this team, don’t play for it.

"“The anti-Arab wave started after the terror attacks in the second half of the 90s. The reaction from the media and the left led to a childish reaction.“The more the fans got attacked the more the provocations grow. I’m not sure all those who chanted were racists but that’s the way in the stand. You shout exactly the same chants as the guy next to you. People blamed the normative crowd for not standing up against the racists with a ridiculous claim. Who wants to confront those people? So after a while it became the flag that the fans were waving.”

So they revel in being racist and it’s everyone else’s fault. “I’m not a racist but you called me one so now I’m just going to be really, really, unbelievably and nakedly racist and it’s your fault so there. In reality it’s you that’s the racist because you make me do this”.

And they’ll print justifications for this nonsense. I don’t really think that was the case during the worst days of English football racism.

There’s nothing to discuss here. If you aren’t a racist don’t support this team, don’t play for it.

Of course, this is not the first case of a soccer team’s fans doing shitty stuff, either. There was overlap with violent skinheads going after Pakistani immigrants under the guise of their soccer fandom in the UK, the case of the Serbian football team just prior to the war, with some of their fans becoming members of militias…

And they’ll print justifications for this nonsense.

And this is why we are where we are… the continued excuses made for racism and bigotry by the mass media.

Guidelines for the politics of Israeli sports

I am sure there are exceptions. 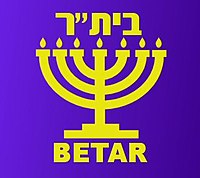 The Betar Movement (Hebrew: תנועת בית"ר), also spelled Beitar (בית"ר), is a Revisionist Zionist youth movement founded in 1923 in Riga, Latvia, by Vladimir (Ze'ev) Jabotinsky. Chapters sprang up across Europe, even during World War II. After the war and during the settlement of what became Israel, Betar was traditionally linked to the original Herut and then Likud political parties of Jewish pioneers. It was closely affiliated with the pre-Israel Revisionist Zionist paramilitary group Irgun Zevai...

Hapoel (Hebrew: הפועל, lit. the worker) is an Israeli Jewish sports association established in 1926 by the Histadrut Labor Federation. During the British Mandate of Palestine period Hapoel had a bitter rivalry with Maccabi and organized its own competitions, with the exception of football, the only sport in which all the organizations played each other. At the time, Hapoel took no part in the Eretz Israel Olympic Committee, which was controlled by Maccabi, and instead sought for international ti...

Of course, this is not the first case of a soccer team’s fans doing shitty stuff, either.

Loads of them from England to Serbia, to Italy, to Spain, to Hungary etc. God knows it’s an endemic problem in… nations. The point about the whataboutery in this article is that, yes, English football had a serious racist problem to the extent that it was racist. Yes there are still racists supporting football but if they, as this gentleman points out, engage is racist online abuse they are BANNED. Fucking hit hard with the ban hammer forever. Goodbye and fuck off for good.

In Israel they are feted by heads of state.

In Israel they are feted by heads of state.

True… and I was not attempting to whatabout this issue, just more expand on the point that sports fandom can become highly toxic and violent. In the US, since soccer is not huge except in a few places, we tend to get serious problems around American football instead, especially in the south at the high school level, where football is pretty sacrosanct. I just watched a film on that issue, where a punk was killed by a jock, and the jock largely got away with it (basically a time served type of sentence for manslaughter, though the guy later ended up in prison for violating his parole).

With regards to Serbian fans, they were also supported by the state (or at least Milosevic and the nationalist elements dominating the state at the time). The fact that the British government is more likely to shut this stuff down rather than encourage it is telling. But you just need the right government in power to support for it to become a problem.

I’m sure that @the_borderer can give us some examples in British soccer history where it was a serious problem. I’m aware of the skinhead stuff due to my own studies on British punk history.

nd I was not attempting to whatabout this issue,

Oh no, I meant the author of the piece in the Grauniad was whatabouting, for an English audience I assume, by picking on English soccer and… it wasn’t as good an argument as it must have sounded in his “centrist” head.

Obviously Orban does it in Hungary too and Berlesconi has a fair amount of “tolerance” for the far right in his clubs and in his political party. I mean calling yourself “Forza Italia” is quite the tell.

Ah! Well, it is the Guardian, there seems to be more of that kind of shit there lately, sadly.

it wasn’t as good an argument as it must have sounded in his “centrist” head.

Centrists seem to be fucking up everything lately with that kind of thing.

we tend to get serious problems around American football instead, especially in the south at the high school level, where football is pretty sacrosanct.

Truth. Though it’s crept into a lot of sports around here. There have been a handful of cases every year of a rural or suburban team yelling racial slurs against an urban team in Oregon/Washington. What pisses me off is that, for all they talk a good game about not tolerating racism in high school sports, the governing bodies seem to do jack all about it when it happens.

There have been a handful of cases every year of a rural or suburban team yelling racial slurs against an urban team in Oregon/Washington.

for all they talk a good game about not tolerating racism in high school sports, the governing bodies seem to do jack all about it when it happens.

I’ll just say that here, the governing body for school sports just banned trans athletes from competing (because they have to play by their gender assigned at birth, not by their actual gender).

Berlusconi is a bit more sado populist, and hasn’t fully embraced the far right elements in Italian politics (mostly because I’m fairly sure he’s aware of what backstabbing snakes they are). He’s definitely a misogynist, racist, mafia connected shithead, but he still pales in comparison to Mussolini’s grand daughter or folks from Lega Nord, and they still manage to keep a veneer of respectability when seen next to parties like Forza Nuova (swastikas, natch). To see the sports connection, Rome’s two teams do a fairly good job… Roma’s fans aren’t perfect, Lazio’s ultras are a bunch of seig heiling fascists. 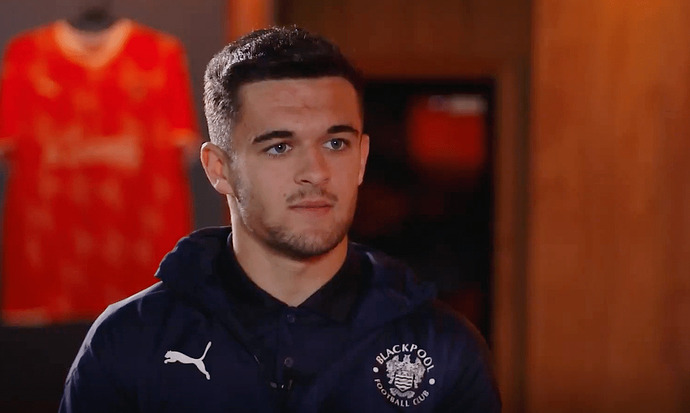 Blackpool football star Jake Daniels has come out publicly as gay becoming the only active male professional footballer in the UK. 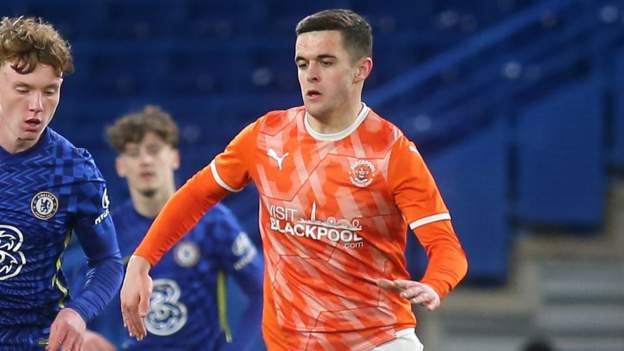 Blackpool's Daniels comes out as gay

Blackpool midfielder Jake Daniels said his decision to come out as the UK's only openly gay active male professional footballer is "a massive relief".

It is almost 50 years since one of the most unbelievable results in football history. 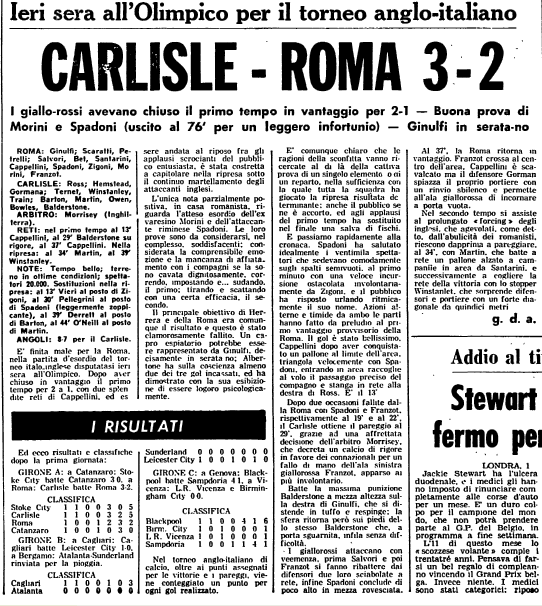 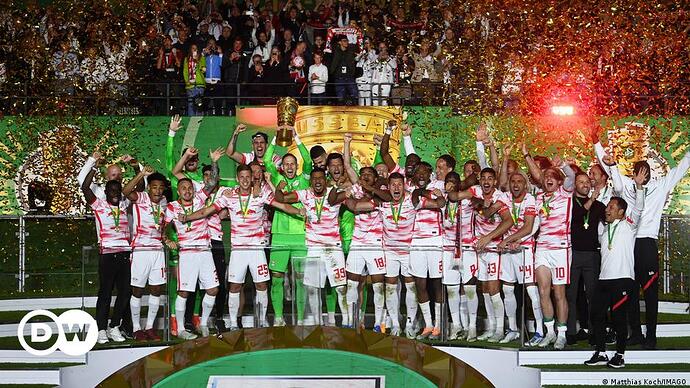 Leipzig claimed the club’s first-ever piece of major silverware as they won the German Cup at the third time of asking. It was a heartbreaking loss for Freiburg and for German football in the country's capital. 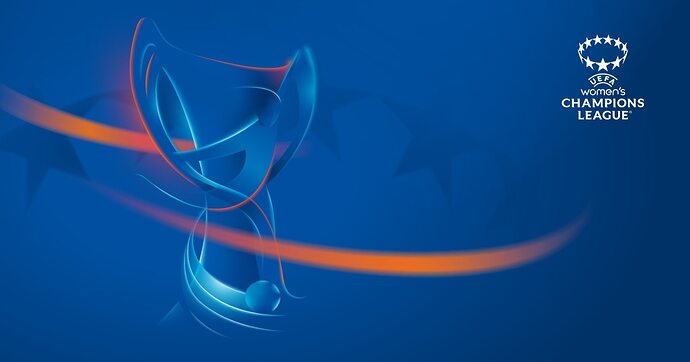 Watch the best of the action from Turin, including Amandine Henry's stunning opener, as Lyon claimed their eighth Women's Champions League crown.

Well that was exciting, both at the top and bottom(ish) 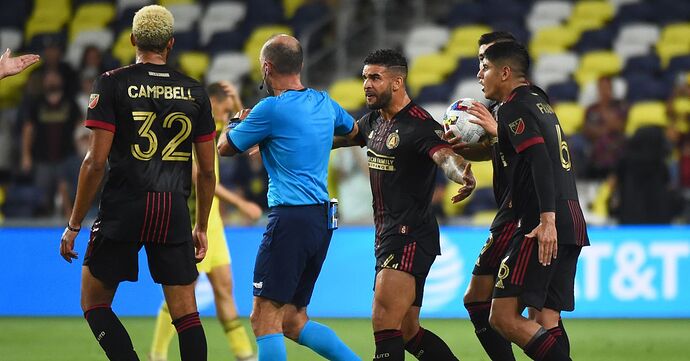 It was great, I bet! 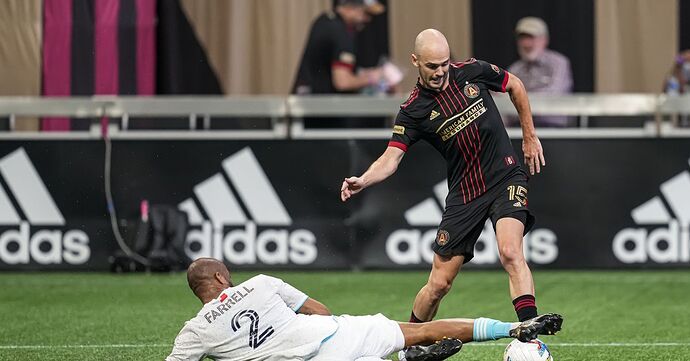