Agree, but the left has never made a dent like that in the DNC in a long time and cannot be ignored. I look forward to Ellison and Sanders continuing to push things forward.

Congratulations to Thomas Perez, who has just been named Chairman of the DNC. I could not be happier for him, or for the Republican Party!

The divisions within the Democratic Party were in full view on Saturday, when former Labor Secretary Thomas Perez narrowly defeated Rep. Keith Ellison ...

Dems continue to loudly declare that they’d prefer to stay as the loyal “opposition” to a fascist plutocracy if the alternative is to actually represent working Americans.

Greenwald called it just right before the installation of Perez.

Other than pleasing a billionaire donor and preventing left-wing influence, what are the goals in sinking Ellison?

For the record @nytimes @grynbaum can't even get where I was born right and failed to ask twitter.com/michikokakutan…

I imagine it must be really annoying when someone puts out false info about where you were born. Must really bother you!! cc @BarackObama twitter.com/seanspicer/sta…
12 Likes
daneel 26 February 2017 20:57 #1146

The “why talk to my constituents, I don’t have to face an election for 6 years” approach? 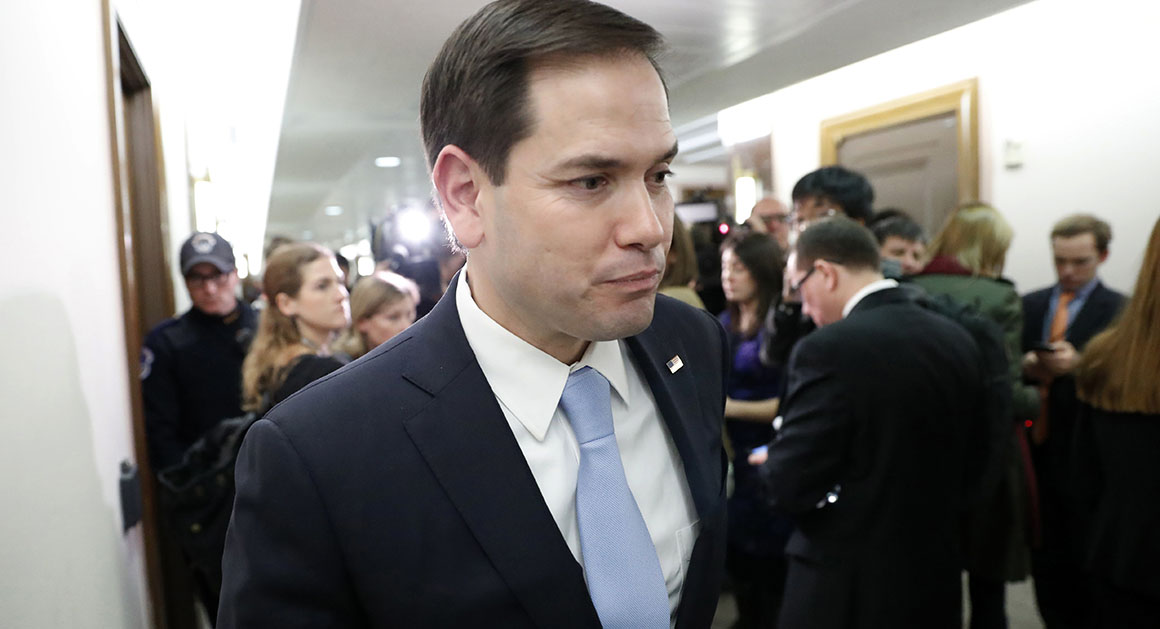 Rubio on skipping town halls: Activists will 'heckle and scream at me'

"They are instructed to boo no matter what answer I give," the senator says.

“They are instructed to boo no matter what answer I give,” the senator says.

Does Rubio think that a mysterious organizing force is giving all activists instructions?

Gosh, Marco, maybe every single answer you give is deeply unpopular and angers the constituents who you’re actively hurting. That couldn’t be the reason they’re heckling you.

Everyone knows Sean Spicer was born in Kenya and is a secret Muslim enemy agent.

This guide is the “Instructions” that Rubio is saying that they’ve been given.

AT THE TOWN HALL

“They are instructed to boo no matter what answer I give” is a gross mischaracterization of the “Be polite but persistent, and demand real answers” point (unless every answer you give falls into the “not a real answer” category, which, with Rubio, I wouldn’t be surprised).

Everyone knows only people who voted for the person who won is allowed to speak to them, and even then, only to tell them how great they are.

Politicians being held accountable to their constituents? Sounds awful.

Also from that guide:

Congratulations! Your Senators and Representative are doing what they should to fight racism, authoritarianism, and corruption. They’re making the right public statements, co-sponsoring the right bills, and voting the right way. So how does this change your strategy? Two key things to keep in mind:

How anti-democratic, a guide telling you to praise your representative when they do something you like, and hold them accountable when they don’t!

Let it be known that members of the Romney family are sick of being lectured by privileged people twitter.com/RRMGOP/status/…
5 Likes
emo_pinata 27 February 2017 04:17 #1154

The split was 54% for Perez and 46% for Ellison, but you are right the actual left should pack it in and go stay home forever on Election Day. It has worked so well for the past half a century.

Greenwald also has only ever criticized Democrats since forever. Even in the “anti-Trump” articles he links to (to prove he has ever been critical of Trump) he spends at least a third of the text dedicated to criticizing the Democrats. He didn’t even come out with reasons for supporting Bernie Sanders, just feeding into pretty lazy attacks on Hillary Clinton.

To say he called it right is to say a broken clock is right twice a day - especially when his article is almost identical to the articles that inspired it.

To say that about him is to say that most of what he says isn’t right – that it’s false. What are all these big lies you’re saying he keeps telling?

Greenwald isn’t mostly wrong, he’s mostly accurate when he is references facts even if he does parse things to his advantage. However, he is nearly 100% dedicated to attacking Democrats no matter what so for him to reiterate Clio Chang’s article with the only addition being his tying together of multiple pro-Israel Jewish individuals being against Ellison to a single pro-Israel Jewish source and pushing the Islamiphobic angle to pro-Israel Jews pushing against Ellison… well it’s not surprising.

That’s not to say there isn’t a push from the establishment against progressives - there is. But to say they are choosing appeasement of the money over the majority of the people isn’t accurate either.

he is nearly 100% dedicated to attacking Democrats no matter what

Didn’t Sanders run as a Democrat? I don’t recall him attacking Sanders. Oh, right, that’s because he’s not attacking “Democrats no matter what.” He’s against the takeover of the Democratic establishment by corporations. Which is fine with me, because I am too. Why NOT attack a putative opposition party that keeps playing along with a system that favors rightwing policies, becoming ever more rightwing itself in the process, and representing most people’s interests less and less in the process? OF COURSE Trump and the republicans are monstrous. What’s also a problem, though, is that their only effective opposition has become so much like them. They ARE “choosing appeasement of the money over the majority of the people.” They’re also choosing the collecting of the money.

Clio Chang is correct that Perez is he establishment candidate running against Ellison to be the “establishment Ellison.” She acknowledges that Perez is a progressive push, but the fact he is there at all to oppose Ellison is a problem. She reiterates this on Twitter talking about how the worst things mellienials could do is think the Democrats cannot push left.

Greenwald is pushing “Ellison or bust” combined with pushing an angle that pro-Israel Jews are wrong to have misgivings about Ellison - which he also backs up on his twitter feed. Like I said, he is mostly right but his primary concern isn’t to foster progressive ideals with his writing; it is to talk about how the left is getting their teeth kicked in by the establishment again.

I will support the Justice Democrats, and I will continue to like the media Greenwald reads much better than the media he presents.

he is mostly right but his primary concern isn’t to foster progressive ideals with his writing; it is to talk about how the left is getting their teeth kicked in by the establishment again.

Huh? Exposing how the progressive left is getting its teeth kicked in again does foster progressive ideals. It’s reporting, done by a reporter who helps people understand how the system that smashes budding effective forms of progressive ideals works.