It could be that the generics sometimes tend to be a bit thinner, as well… See @OtherMichael’s search result - those are only 20mm thick, vs the 1" (25mm) thick originals. Having said that, when I use my generics to clean things like the wheel wells of my car tire’s rims, I rarely want to reuse them afterwards anyway.

I know! I ordered the Amazon generics last night before seeing the AliExpress mention… this morning my payment had been declined (new card – exp. date has changed, so saved data bounced) - so I could order these on AE!

The MagFormer knock-offs are… weird.

Have you actually ordered from Alibaba before? I’ve been nervous about doing so.

I’ve ordered a handful of things from AliExpress. Their dispute system is actually super friendly to the buyer. If your stuff doesn’t show up (or shows up and it’s not as described), getting your money back is incredibly easy.

Excellent. I’ve actually stopped using a computer component seller after they refused to issue a refund or replace an item that was stolen from my doorstep (and for all I know, still under investigation by the Postal Inspection Service - did you know those folks have federal policing authority?). They thought it was totes cool to short me $60 and the merchandise I ordered. Had another package stolen at the same time from another retailer; no problems at all getting the order replaced.

Why wait for a slow boat from China when you could get it NOW!* for $0.62 more?
AmazonSmile: Funrarity Eraser Cleaning Home Kitchen Multi-functional Magic Sponge 10 X 6 X 2 Cm (100): Kitchen & Dining

aw MANG I wish I had seen that

I always get the slow Prime shipping, 'cause they pay me!

At least it got me to finally open an account, there.

24 hours from now, somebody posts a different URL where you can get 200 of these, and they pay you to take 'em.

2 month from now, BoingBoing posts about how these are choking dolphins to the edge of extinction.

Hmm…I don’t have prime, so what else should I get to bump my order into free shipping land? (This is really what showed up when I put the erasers in my cart)

Awesome French electronic music as recommended by @pesco (thanks it hasn’t left rotation on the mp3 player since I got a copy) on BoingBoing quite awhile ago now? 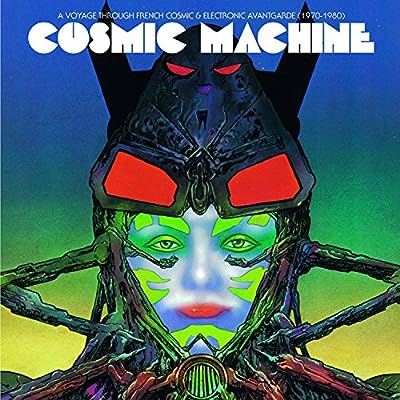 An amazing collection of 1970s electro, avant-garde and space rock from France featuring classics from familiar names like Serge Gainsbourg, Cerrone and Jean-Michel Jarre, as well as obscurities from ...

Have you actually ordered from Alibaba before? I’ve been nervous about doing so.

I do all the time. So far most of my experiences have been positive.

When I left for college, I took my father’s melamine plates which he had appropriated from his parents when moving away. They probably were part of that first batch produced, in bright school bus yellow. Sadly I’m the mope that’s broken 2, but only thru dropping. In my experience they’re surprisingly resilient to knives…though come to think of it all my knives are pretty dull (runs in the family, clearly).

tldr: my family heirlooms are stolen melamine plates and I eat plastic like a goat that was later eaten by a tiger shark.

For the tinkerer’s out there, they can be used for vibration dampening, in projects, they are non conductive, and heat resistant (up to about 400F), Some of the folks at the hackerspace have used them to insulate solar cookers, and as insulation under heated build beds on printers (and around extruders)

Somewhere in here somebody pre emptively pointed out that it was a different form and chemical compound.