One might argue that ‘gentlemen,’ by definition, don’t engage in illicit activities.

This is one nefarious gentleman. Downright iniquitous, if you ask me!

“Gentleman” is the standard way BoingBoing styles arch-criminals like this guy. The only thing that supersedes it is “Florida Man”.

The thief absconded with $20,000 worth of goods. Unsurprisingly, police quickly apprehended the man who was easily identified on surveillance footage.

The company, of course, reviewed their own equipment and handed over surveillance footage to the Metro Nashville Police. Within hours, officers were able to identify and arrest the suspect seen on the business’ security cameras.

My impression from all the news about package thieves, Mark Rober videos etc was that even when there’s high-quality footage of the thieves the police aren’t especially interested in tracking down and arresting people for property crimes these days. But I guess if the victim is a high-profile business maybe they have more clout with the PD.

One might argue that ‘gentlemen,’ by definition, don’t engage in illicit activities.

It is good that you think that. The police so often act above their station. Unfortunately, authors, as a class seem to be enamoured of certain insidious and libelous tropes.

A gentleman thief, gentleman burglar, lady thief, or phantom thief (Japanese: 怪盗, Hepburn: kaitō) is a stock character in fiction. A gentleman or lady thief usually has inherited wealth and is characterised by impeccable manners, charm, courteousness, and the avoidance of physical force or intimidation to steal. As such, they steal not only to gain material wealth but also for the thrill of the act itself, which is often combined in fiction with correcting a moral wrong, selecting wealthy targe... 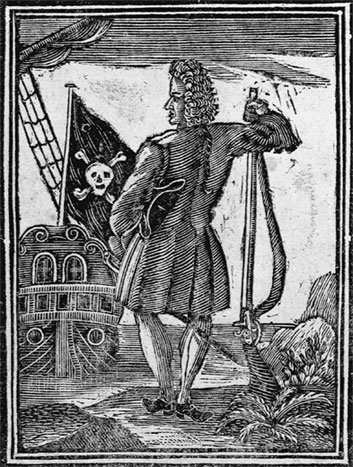 (I’m looking forward to that new show about Bonnet)

Hard to say if this event is good press or bad press for Pro Systems.

I mean, if they HADN’T caught the perp on video, it would have been really, really bad press. So I’d chalk this one up as a win.

A challenge was excepted, and a soldier fell. Brave soul…

High profile business that aligns with the cops interests. Cops like surveillance, but for people to be complicit in the surveillance system, they have to believe they will benefit. If it neither prevents nor punishes criminal behavior, why bother?