Republicans jumping ship keeps getting reported as if it signifies power hitters of the republican party coming to their senses, but isn’t it more likely evidence of how far to the right Clinton is…? At the very least confirming how much dog-and-pony-and-pork-barrel the “stark” differences between the parties has been?

“Much respect for Bush Sr. but not his decision.”

“We have plenty of new blood in this party to make America great again.”


Bleh. I’m terrible at this. @Modusoperandi: we need your wit, STAT!

He was never a Real Republican anyway. One time he said he wouldn’t raise taxes and then he did! You’ll never see Donald Trump lie like that! Or about everything else!*

Nooo. It will have to make references to little baby Jeb running for help from his mommy and daddy. Something intelligent like that.

That’s a Zen quote right there.

Curious what tipped the scales in favor of HRC for Bush. It wasn’t the race-baiting? Or maybe the hypocritical demands that HRC release even more information while millionaire trump still hasn’t released his own taxes?

If they’re drinking Bud, where do they get the whiskey bottles to shoot?

From their white trash sex offender uncles of course!

That’s a Zen quote right there.

Is it the wind that is flapping the flags? Or is it the flapping of your minds? 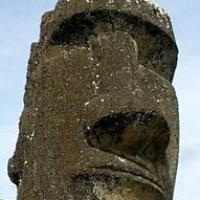 A Koan is a story, parable, statement or question and comes from the tradition of Zen Buddhism. Not open to rational understanding and solving, they force the reader to a more intuitive and ponderi…

It fits his narrative. I saw someone post a meme that said none of the living presidents support Trump. That’s perfect for what he is selling.

“Of course they don’t support me. I’m an outsider. I’m not going to keep doing things the way they were always done. I am going to shake things up. You want to know why nothing gets done in Washington it is because they are all in bed with each other.”

I don’t think it’s so much Clinton is far right, as that the Democrats now stand where the Republicans used to before Reagan. Bloom County is an excellent cultural artifact for tracking this. Trump isn’t actually conservative – more reactionary/populist.

I could totally see the Republican party splitting over this.

I could totally see the Republican party splitting over this.

That actually HW? The quote strikes me more as a Quayle or GWB.

1.) Party of Overt Racist Assholes. Party mascot: A burning cross

If Drumpf wins, there will be no more need for the dog whistle.