Georgio T. is a man who enjoys getting stepped on by strangers while wrapped in a carpet

Originally published at: Georgio T. is a man who enjoys getting stepped on by strangers while wrapped in a carpet | Boing Boing

I can see S&M parties, but… birthday parties? “Here’s the cake, here’s the drinks table, here’s a guy to step on…”

Speedy Gonzales looks on in horror…

I have actually seen this guy at parties in NYC, but like 10 years ago or something. He positioned himself in front of the bar so that you needed to stand on him to get a drink.

Given his nerve, the openness of his kink, his singular sideline as a human door mat and his popularity (in a big city, no less), you’d think he’d ditch the anonymity. He’s already in for 99 pence… may as well go in for a pound.

here’s the drinks table, here’s a guy to step on

It is New York, where Wall Street is 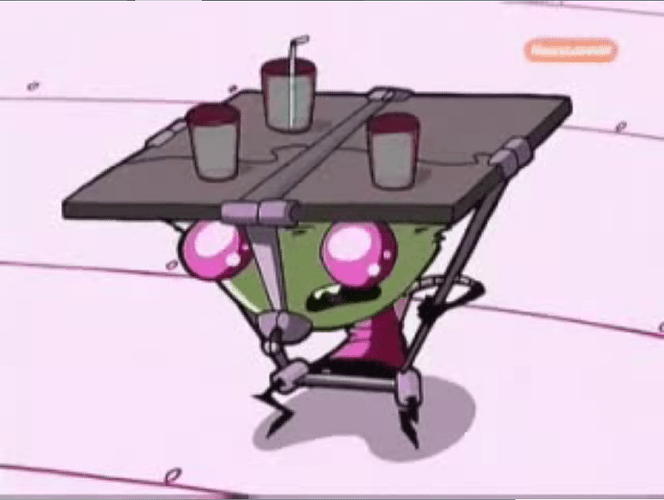 A Service Drone is an extremely short Irken forced to work exceptionally hard, only to be paid as little as five monies every two years. The best example of a Service Drone is Bob, who appears in the episode "Hobo 13". Bob was forced to wear a table...

Yeah, well, not exatly breathable clothing like Gore-Tex, but usually elastic enough to deal with the odd extra pound that somehow appeared since one bought it.

I think this is where I bow out of this thread… 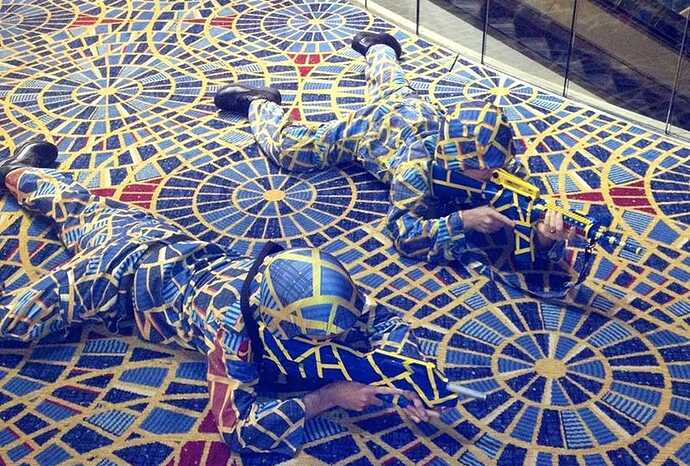 A pair of DragonCon attendees came up with a rather clever costume idea. They dressed up as soldiers, but instead of wearing your typical camouflage, they used the pattern of the hotel's carpet. But they ended up in hot water with the carpet's...