Oh so this is fine but vulva kayaks aren’t? What gives, Japan?

They are celebrating the time when a blacksmith made a steel phallus to break the teeth of a vagina dwelling demon who had castrated young men on their wedding night. The shrine to the event (Kanayama Shrine) is in Kawasaki. The event is called the Kanamara Festival or The Blunting Festival. 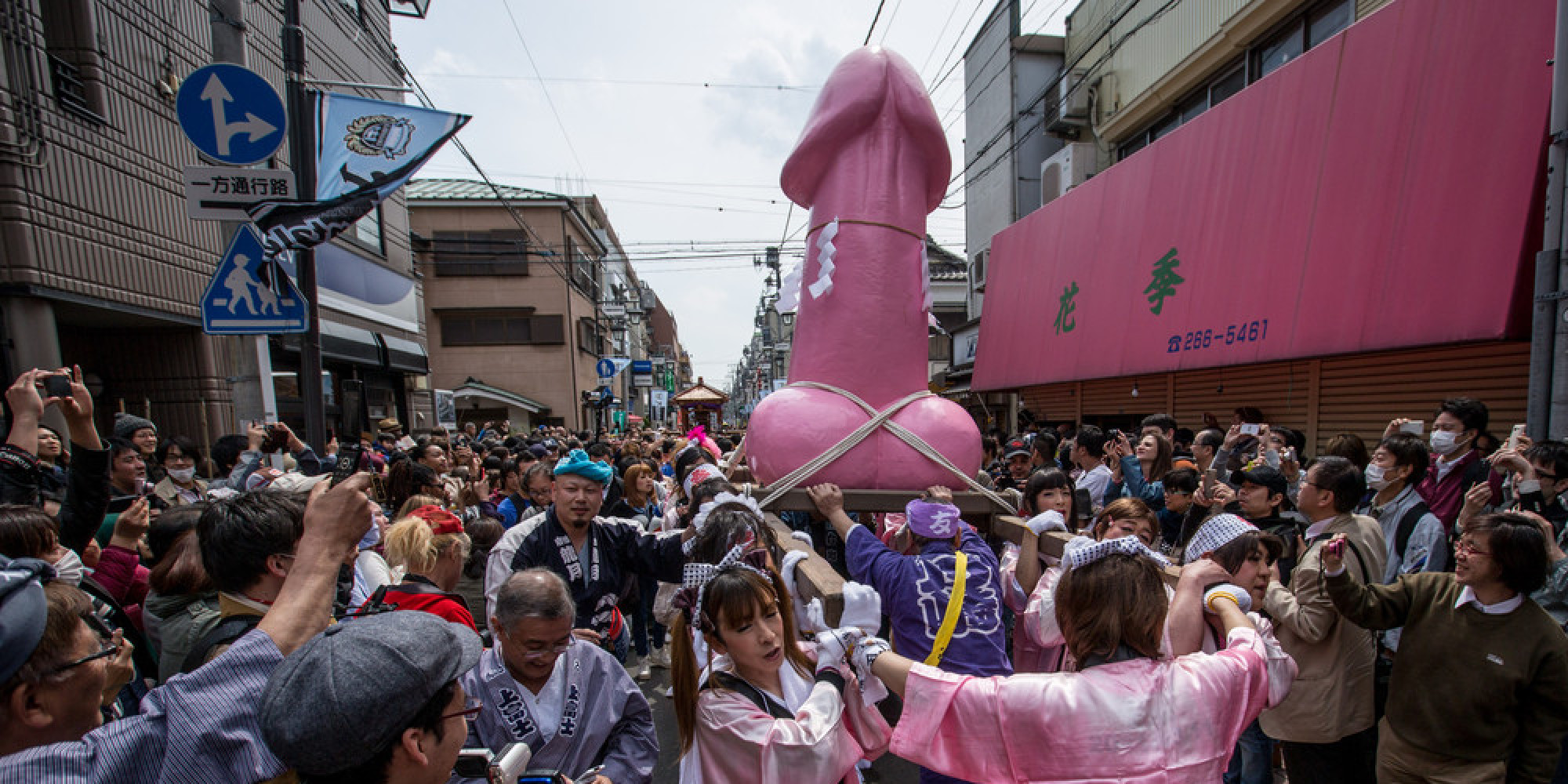 Where was Trump? He’d fit right in with the world’s biggest dicks…

Won’t anyone think of the children?

C’mon Boingers! You’ve posted this festival at least twice in the past. Let’s stick with banana festivals… oh, never mind.

It’s Japan. Half of those giant penises are thinking of the children.

I’ll show myself out.

It’s the penis-shaped popsicles for the children that bother me.

It’s the circus peanut of penises.

“The Kanamara Matsuri is centred on a local penis-venerating shrine. The legend being that a sharp-toothed demon (vagina dentata) hid inside the vagina of a young woman and castrated two young men on their wedding nights. As a result, the young woman sought help from a blacksmith, who fashioned an iron phallus to break the demon’s teeth, which led to the enshrinement of the item.”

Eggplant festivals, yo. Get with the 2015isms.

And there are places where people regularly cook with semen. It’s like we are being raped by our food!
[cue Elmer Fudd voice]The horror!

Oh dear, I thought it was egg-drop soup.

Interesting that most people in the crowd seem to be westerners.

What. No innuendos yet? Fine, I’ll start.
I can see how something like this could get out of hand and create a sticky situation.

PedoBear ALWAYS thinks of the children . . .