Glenn Frey of the Eagles, RIP

May he rest with a Peaceful, Easy Feeling

goddammit, i’m sick of 2016 already. STOP TAKING OUR ENTERTAINERS FROM US, 2016! i know it’s trendy to hate on the eagles, but aside from the ginormous egos and inner politics they were incredibly talented, and back in the day glenn frey was one sexy mother. i’ve never stopped liking them. their recent documentary is well worth watching. RIP, glenn, and thank you for the music.

What’s with all the Eagles links? 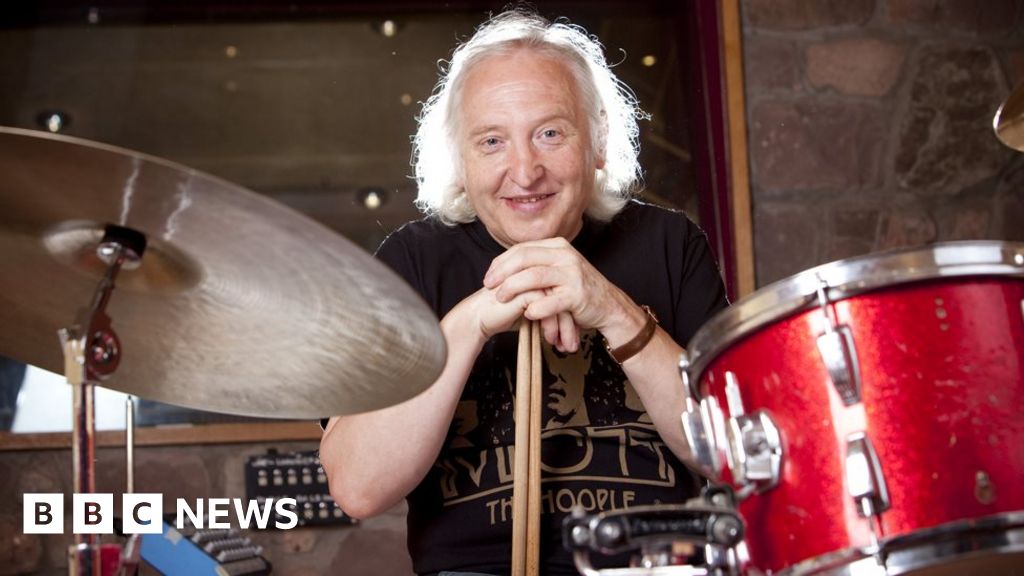 Although they built up a cult following (a raucous gig at the Royal Albert Hall led to the venue banning rock acts), they struggled to sell records and were on the verge of breaking up in 1972, until Bowie stepped in and persuaded them to stay together, placing them under the care of his manager Tony De Fries.

He also offered them the song Suffragette City - but they wanted Drive-In Saturday instead.

Bowie refused to give it up, but wrote them the anthemic All The Young Dudes instead (its narrative forms part of the story of Bowie’s alter-ego Ziggy Stardust).

Damn, I’d trade Suffragette City for All the Young Dudes on Ziggy Stardust any day. Easily my least favorite Bowie song, and jarringly out of place on that album.

What’s with all the Eagles links?

Yo, taxicab driver, I’m really happy for your Eagles love, I’ma let you finish, but Glenn Frey had one of the best Huey Lewis imitations of all time! Of all time!

Sad, but considering Griffin’s Alzheimer’s, perhaps it’s for the best, rather then letting things drag on further.

As a kid listening to pop radio in the 80s, my first exposure to Frey’s music was his Miami Vice contributions. You Belong to the City was one of the greats. I was always impressed at how vivid his narratives were. Just listen to his lyrics for Hotel California. It’s like you are there, man.

As I grew up I began to appreciate his contributions to the Eagles’ catalog. While I never understood their “rebellious country phase” that they had going for a while, they had some damn good songs.

Dangit, the wrong one died.

Here’s a thing with Eagles in it.
When Port Au Prince was rocked with an earth quake those many years ago the radio station that many there listened to was left on loop of Hotel California. Many people must have, by necessity, left their radios on.
So… a city that was descending into hell played a song about a decent into hell the experience of listening to which is a decent into hell.
True story.

Ok, that’s an intriguing, horrifying, and possibly fascinating story, but it’s mind-blowingness does demand some sort of reference or corroboration.

You can die (partially) from arthritis? How?

Rheumatoid Arthritis is not regular arthritis. Its an auto immune disorder with some chronic degenerative aspects. It can be pretty nasty to live with. A friend of my grandmother’s had it. It also runs in my family (along with psoriatic arthritis which can look pretty similar).

In other words. I FEAR IT AND SO SHOULD YOU.

It doesn’t typically kill you out right though. The family friend with it lived well into her 90’s. Though she spent the last 20 or 30 years of her life with borderline useless hands, she said that was fine so long as we made sure to pour her a whiskey.

You are there. He puts you there. The lyrics penetrate, the musical presentation is the lubricating oil, and globally, people get what the song means.

Very very few other lyricists ever manage that.

Every long roadtrip I’ve ever taken with my father has led, at some point, to his attempts at discerning exactly what “Hotel California” was all about*, and quite frankly I’d listen to that song, as well as his thoughts on it, until somewhere near the end of time when I’d have to switch the radio over to The Thermals’ “The Body, The Blood, The Machine”.

*Do you hate that song? Really? How badly? Hey that’s great because IDGAF.