Before anyone condemns the Republican party in this thread, I’ll remind everyone that if it barred bigots, sexists, authoritarians, denialists, and anyone who ever wore a Nazi uniform in public from running for office their candidate pool would be diminished to the point where it couldn’t continue to operate as one of our duopoly parties. Have some sympathy!

Unofficial Nazi is not an improvement.

It’s hard out there for a genocidal bigot! /s

Jones said he believes Jews detained in concentration camps died because of a typhus epidemic — not gas chambers.

Well that makes it OK then. I feel good about life!

“If I really believed the Holocaust had taken place, I wouldn’t have joined the Nazi Party,”

Until this morning I didn’t think that I’d hear an even stupider reason to not be a Nazi than to actually be a Nazi!

Running a (“former”) Nazi in a solid Dem district is some seriously pro level trolling by the republicans.

Well that makes it OK then. I feel good about life!

Putting people in camps where they conveniently die of disease has been tried by many countries, among other USA to get rid of pesky natives. Getting rid of the gas chambers would make the holocaust a lot less unique.

"I keep telling them that I am just like them but their inferior genetic stock stops them from listening to me!

It all comes down to branding, I guess.

Interesting. I do not ever recall anyone accusing my two grandfathers of being radical leftists 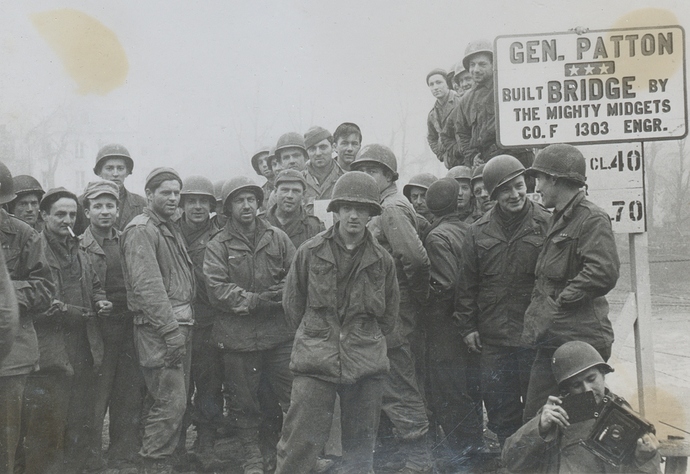 Me neither. One of them shot and punched a whole bunch of Nazis in the battle of the bulge. The other was in the pacific, until they found out he lied about his age. Then he re-enlisted at the tail end of the war and was in the occupation in Europe.

Do I remember correctly that this asswipe managed to get in as a candidate because no serious Republicans were bothering (due to the district being super-solid blue), and by the time the state GOP realized what they had in their hands, they couldn’t boot him off?

I mean, I’m not a fan of the Republican party, to put it mildly, but IIRC they’re for once not to blame for this guy.

re: vs the leftists.

And this, in my opinion, is where the GOP and the right has lost their god damn minds. Now I can’t say the left is completely innocent of this, but objectively the right has lost the god damn plot. Their constant hammering against the “left” has lead them to abandon rational thought and morals/ideals if it is seen as supporting something is “against the left”. This applies to candidates as well as political points. Shit at one point you can see a ton of sound bites from people like Newt Gingrich and McCain talking about how global warming was an issue we needed to confront in the late 90s. This has been a sloooowww progression for them, but I think it really galvanized under Obama. It’s fucking sad.

Jones said he believes Jews detained in concentration camps died because of a typhus epidemic — not gas chambers.

Follow up question: So, you’d say that a Nazi should never be in control of, say, the Illinois Department of Public Health?

I mean, I’m not a fan of the Republican party, to put it mildly, but IIRC they’re for once not to blame for this guy.

You forgot the /s for sarcasm.

Oh, well in that case I guess it’s all good then. /s