I’m 58 and can’t wait for the end so as to escape to this messed up planet.

Have you considered therapy?

This 'aint your Daddy’s first family.
Fuck you, Grandpa!!!

A real apology has a part you left out, which is “0. Actually meaning what you say, rather than saying it because you’re supposed to.” Without that, the other parts don’t add up to much.

It was a skirt length thing?

I assume since it was from a GOP mouthpiece, it was because the girls weren’t wearing a full burqa as expected by their Kenyan Muslim father…

Whoever used “Ad Hominem” up above is a dork so their argument doesn’t count anyway.

You need to not tell others what to do. PLENTY of people have the same view … including the very person who is the subject of this post. So I don’t know why you think this is a troll’s opinion only. Or that it’s for sure a troll, and not just some asshole who actually believes what they are spewing. It’s not exactly unheard of. As this post demonstrates…

The account name is “afriendlyguy1” with a name of “John Friend” and his post ends with “I’m 58 and can’t wait for the end so as to escape to this messed up planet.” Is this credible?

Although looking at the account, he’s been around since July 2013 and has posted other stuff (some of it rather wacky), so – maybe you’re right. I assumed it was a new user.

Wow! You mean you aren’t always right? Who knew! Maybe next time resist ‘splainin’ to others how they should respond to sexism, okay? Thanks! (People ask hey, what can we do to help combat sexism? And we respond, speak out! Make it known that that shit is not okay! And then people get lectured for speaking out, and told to ignore the sexism. We can’t win for losing.)

And I don’t even give a shit if it’s a troll or not. Please read the video I posted. It’s important.

What exactly would need to be added to make it a real apology?

It’s not a real apology if you unapologise and delete it at the same time as deleting the original FB entry, in the hope that the whole thing can be disappeared. 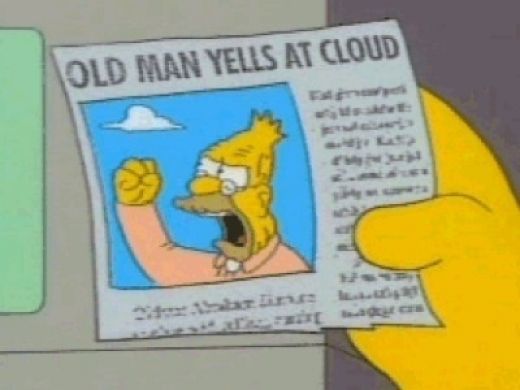 Just pick the right clouds to yell at, I guess?

I hope BoingBoing will post articles that are more significant and that will encourage discussion.

Well, their skirts were a bit on the short side for a formal occasion such as a turkey pardon (it’s sort of like a court of law, right?), so I’m assuming that was it, as there didn’t seem to be anything else about their clothing with which she could conceivably be having an issue. Since we are talking about the GOP, any piece of clothing that even vaguely hinted at Islam, the Middle East or the Indian subcontinent would have created a far, far larger conniption fit on her part, so instead it must be some pre-emptive “slut shaming” of a 13-year-old’s above-the-knee skirt.

You clearly don’t get it. A 13-year-old girl wore an above-the-knee skirt. Clearly this planet is no longer fit for human habitation as a result, and we should all be praying for premature death. The youth of today obviously lack any moral fiber. Now, if you’ll excuse me, I’m going to go commit some genocide until I feel better about things, just like in the good ol’ days.

I never shoplifted, closest thing was stealing a couple of milk crates in college to use as book shelves, but yes it’s common.

My mom had a problem with it into adulthood but she had alot of other problems. One of my cousins did as a kid, my best friend from grade school did a bit a think, one of the daughters of one of my mom’s boyfriends. It’s not more than half the women I’ve known or anything but yeah, pretty common, especially makeup.

Nope. Not even once.

Well, I see the point-- arguably Jenna Bush getting drunk was at least a real example of what one could define as “un-classiness”, whereas saying the Obama girls were un-classy because they “looked bored” at a perfunctory public event is invented outrage.

Along with everyone offended on the behalf of the kids she specifically targeted, whom she didn’t apologize to.

Also it’s a classic fauxpology in that she only would -like- to apologize, but didn’t, to only those who were offended. As for her claim of growing & learning, I’d bet she mostly learned that you can’t lose pandering to your base, given the many kudos she continues to receive from people whose opinions she may value above any who were offended.

As for me, I wish I were the pharmacologist that invented whatever drug it is that causes GOP crazy eyes, cause the sales appear to be through the roof!

You need to not tell others what to do.

Maybe next time resist ‘splainin’ to others how they should respond to sexism, okay?