GQP Rep. Madison Cawthorn asks mothers to please let their sons grow up to be monsters

In a fit of raving about testosterone, Congressperson Cawthorn pleads with conservative mothers to encourage their sons to be awful, reprehensible human beings.

It’s interesting to me that this toxic man is named Madison, which was an extremely popular girl’s name when he was growing up, peaking as the #2 name for girls in 2001. Obviously there’s nothing wrong with that, but I wonder if he has a hateful nature for reasons similar to the character in the song A Boy Named Sue whose father intentionally gave him a girl’s name with the hope that he’d get in a lot of fights growing up and turn into a big tough man.

And TIL that that song (made famous by Johnny Cash) was written by none other than Shel Silverstein:

"A Boy Named Sue" is a song written by humorist, children's author, and poet Shel Silverstein and made popular by Johnny Cash. Cash recorded the song live in concert on February 24, 1969 at California's San Quentin State Prison for his At San Quentin album. Cash also performed the song (with comical variations on the original performance) in December 1969 at Madison Square Garden. The live San Quentin version of the song became Cash's biggest hit on the Billboard Hot 100 chart and his only top te...

Edit to add: nothing excuses this man’s behavior and attacking his words and actions is great, but I still think it’s a bit distasteful (and completely irrelevant) for some of the posters upthread to be making fun of his condition as a wheelchair user and fantasizing about wheelchair-related injuries that could be inflicted upon him.

“demasculate” is the GOP know-nothing version of “emasculate”?

Well, see they know about the “emasculate conception,” and they know the Bible is under siege, so they assume their kids are being “demasculated.”

It’s reduced in men with obesity

It’s also reduced in endurance athletes. It doesn’t take all that much cardio to do it either, 3-5 miles a day running.

Hmm…Why not double up and have them smash their cars into trees at high speed!?

Wait, isn’t that how he ended up in a wheelchair?

Wait, isn’t that how he ended up in a wheelchair? 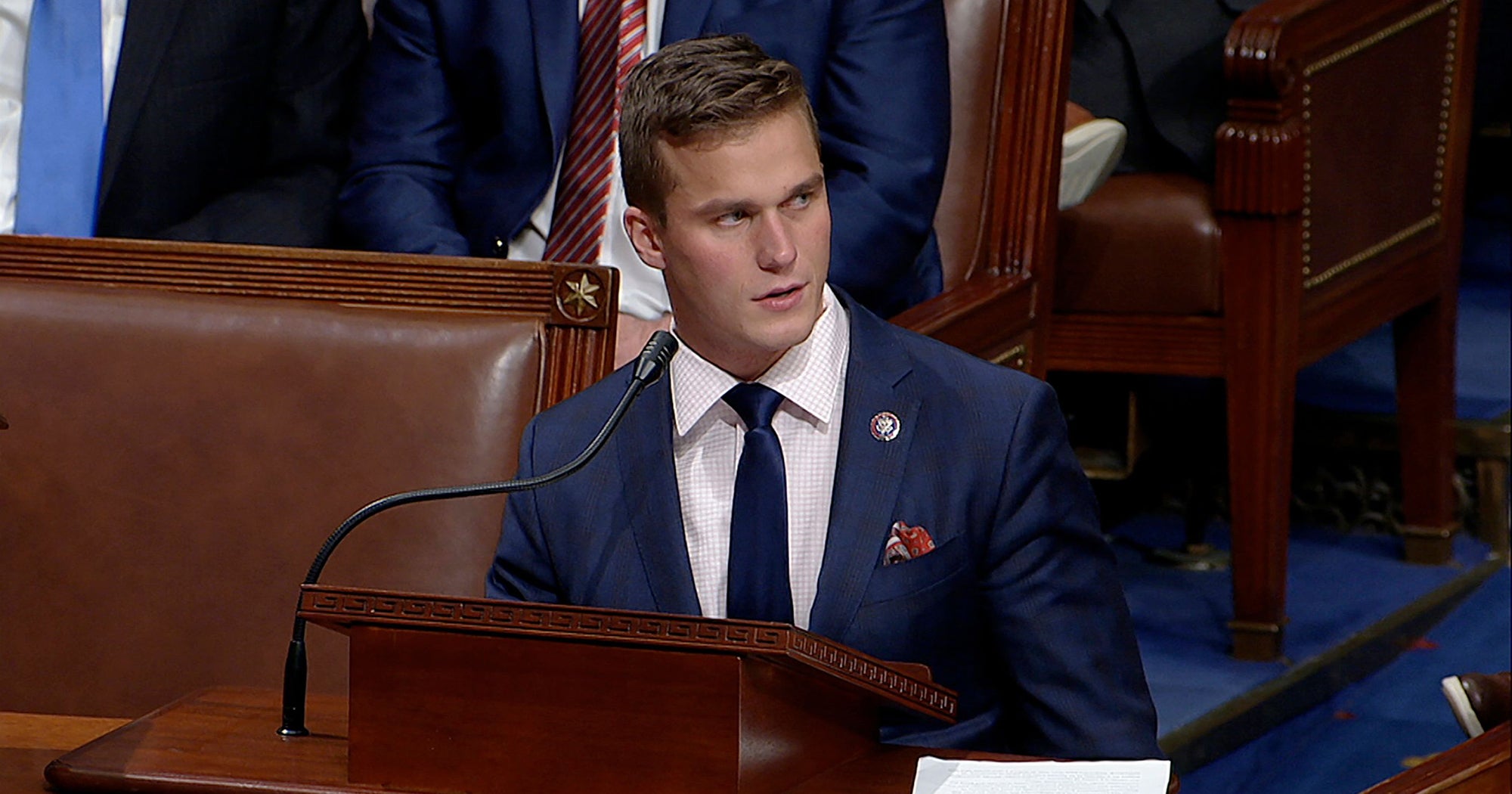 Did Madison Cawthorn Lie About The Accident That Left Him Paralyzed?

According to a Washington Post report from this weekend, while giving a speech at Patrick Henry College in 2017, Cawthorn lied multiple times about the 2014 car crash that left him reliant on a wheelchair. The Post says that Cawthorn claimed his...

[* as in shows how despicable this character is]

So, as close as I can transcribe, from the video:

Our culture today is trying to completely demasculate (sic) all the young men in our country.

You can look at the test levels in young men today and they are lower than any other time in history. There’s a lot of reasons for this and we can get into later

But my friends they are trying to demasculate (sic) the young men in this country because they don’t want people who are going to stand up.

And so I’m telling you moms here the people who are most vicious in our movement if you are raising a young man please raise them to be a monster.

Now… what an absolute idiot. What a bullshit for brains.

Why did he say they were trying to emasculate the young men? “So they won’t stand up”.

Who did he say is the most vicious in his movement? The moms.

Cawthorn said in a deposition, "You know, suffering from a brain injury after the accident definitely I >think it slowed my brain down a little bit. Made me less intelligent. And the pain also made reading >and studying very difficult.

What a weird thing to cheer.

Masculinity doesn’t have a single look or behavior. IMO, “real men” do their own thing with out worrying if other men think they are manly or not.

IMO, language like this encourages, even allows, men who don’t have traditionally masculine “manly traits” (tough and buff) to over compensate by being an asshole (ie monster).

Maybe he just thinks he’ll have more friends that way?

I am not sure I would have hung around for his reasons men are low on hormones,

Neither cawthorn nor his hooting audience seem like the types that read – or the types to communicate in literary references.

Most of the people who think Peterson’s the smartest man on Earth, a demigod of reason, haven’t read his books. And those who have don’t understand them, even especially the ones who think they do.

Peterson not only egregiously breaks one of his own rules in the process of explaining the rule (that rule being “Be precise in your speech.”), his book is a masterpiece of doubletalk: it presents rules which are, on the surface, anodyne truisms. And then he goes to “explain” them and it turns out to be misogynistic Jungian gibberish. And when he does accidentally make some sort of statement of fact and it turns out to be simply wrong, then he turns around and redefines basic terms so that he can claim afterwards that whatever he said is whatever he says it means now, and you are too stupid and/or female to fully comprehend his genius.

His entire oeuvre is a masterpiece of postmodernist nonsense. (See also: their accusations are confessions.)

And the manchildren who spout it everywhere aren’t getting the misogyny from the books, because the books are nonsense. They’re getting it from his interminable Youtube videos, and from each other.

The Peterson books are to Peterson fanboys as the Bible is to Christian fundamentalists: the theoretical basis for their hatred and unearned feelings of superiority which few of them have read, and none of them understand.

Just to be clear, the guy we’re talking about is a fraud.

The making of Madison Cawthorn: How falsehoods helped propel the career of a...

Cawthorn has emerged as one of the most visible figures among newly arrived House Republicans, who have promoted baseless assertions and pushed a radicalized ideology that has become a driving force in the GOP.

He regularly taught the women in his life how to do stuff like hunting, woodworking, and home repair

And whatsmore, he didn’t even spend much time making fun of them if he even did at all. He usually just went “how don’t you know that? I’m going to teach you”.

This photo from the article (thanks for the link) tells you a lot about Cawthorn:

Cawthorn attributed his poor grades in college to “suffering from a brain injury after the accident definitely — I think it slowed my brain down a little bit,” he said in the deposition. “Made me less intelligent. And the pain also made reading and studying very difficult.”

I wonder what else he might be lying about?

Being severely brain damaged is perfectly consistent with agreeing with the GOP.

One of my favorite things about Parks and Recreation was that Ron Swanson, the walking embodiment of every rugged testosterone-infused “manly-man” stereotype in the book, still managed to be a fundamentally decent human being who didn’t let stupid notions of masculinity stop him from living his best life

If that sorta thing floats your boat, definitely check out the Ezra Klein podcast interview with Offerman. He is an amazingly thoughtful bloke: musing on masculinity, purpose, and nature.

A conversation with the actor and author

I still, for the life of me, cannot understand how there’s anything more emasculating than constantly whinging about being emasculated. How can you spend so much time complaining about your plight and… still be considered some rugged masculinist? It’s a weird, weird cult where men sit around swapping stories about their decline.

The solution is always some weird performative nonsense, rather than, say, taking care of your business and the people you’re responsible for without making yourself a martyr at every opportunity.

How can you spend so much time complaining about your plight and… still be considered some rugged masculinist?

I basically spent every debate night during the 2016 election wondering how someone who would not stop whining could possibly be considered the paragon of masculinity and strength that Trumpists kept insisting he was. It’s all selective sampling and cognitive dissonance.

You are recognizing a classic move of fascism.

When I go to a playground where children can let loose, I’m always stunned that Darwin was ever controversial.