Even in the cheap, consumer grade one’s that I’ve had, usually what breaks are the plastic depth guides that snap onto the front.

I find it odd that somehow this article somehow sold me on buying a hair clipper.

It is rare to find a product whose design hasn’t been fucked up by the accountants in 50 years.

My clipper works with a DC motor attached to an eccentric which moves the clipper back and forth. I have an old clipper that works like the one linked, but it is noisy (especially if used on a 50hz circuit with a step-down transformer), and not better than the DC one: a mechanism with higher torque might make it possible to cut with duller blades, but that isn’t an advantage when the thing you’re cutting is attached to your skin. 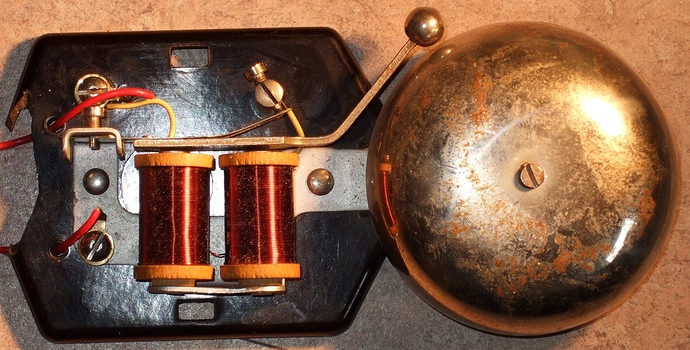 It’s basically an electric bell without the bell.

I bought one and haven’t been to a barber since.

The other moving part is the switch which is built in. The older model switches aren’t that robust. I’ve repaired mine several times before it completely failed and I had to get a new cutter. The switch seems to be improved in the new ones.

For beard trimmers eventually the blades dull, and the motion gets variable enough that you start to get patchy results. If something plastic doesn’t break. I just replaced mine with a small pair of wahl professional grade trimmers. They do a world’s better job on my face. And are both smaller and more durable seeming. Was sick of buying a new trimmer every year.

The model that comes with the bell attachment is really annoying to use.

The model that comes with the bell attachment is really annoying to use.

But it will wake you up in the morning.

But it will wake you up in the morning.

My Wahl is at least 30 years old. I’ve never done anything to it but put 3 drops of gun oil in the clipper teeth, while running, before and after using it (which is what the instructions told me to do, except they called for branded oil). It was the cheapest Wahl clipper available at the time.

Like the shark, the electric clipper is perfectly designed for its purpose and has not evolved for eons…
(Read in David Attenborough’s hushed voice.)

That’s what 3D printers are for! 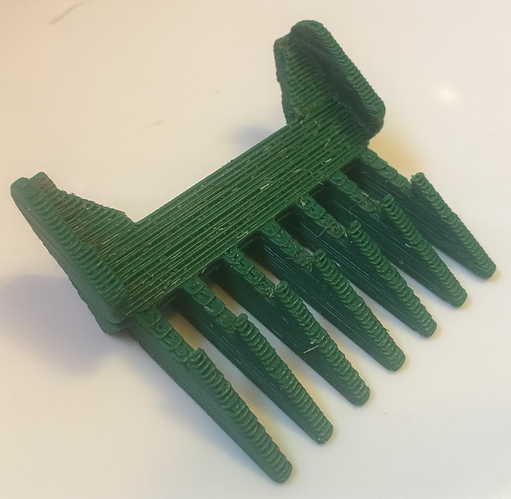 For beard trimmers eventually the blades dull, and the motion gets variable enough that you start to get patchy results. If something plastic doesn’t break. I just replaced mine with a small pair of wahl professional grade trimmers. They do a world’s better job on my face. And are both smaller and more durable seeming. Was sick of buying a new trimmer every year.

Right with you. I use a consumer Wahl, and it’s MUCH easier to trim the beard than those little underpowered cordless ones. Plus I cut my hair like @anon24181555 upthread. 1/2" all over, angled ones behind and over ears, 1/4" back of head and blending angled to top, done. Except for calling in the wife to do the back of my neck. Tried to do it in the 3 way mirror, that’s crazy hard.

Same, but not really by choice. I don’t have a lot of hair left to cut, so I just take care of it myself.

The one I was just replacing was a consumer grade, corded Wahl beard trimmer. Its nearly identical to the ones branded Con-Air, Remington, and other brands. I assume they’re the same unit but white labeled for different brands, and assume they’re all manufactured either by Wahl (cause that’s pretty much all those guys make) or some anonymous 3rd party (because that’s how these things tend to work).

It did a better job than most cordless trimmers. And lasted far longer. 3 years instead of one. It still works, but was leaving me patchy, and took so many strokes to do its job irritation became an issue. It also didn’t suffer from the problem I run into with most “beard trimmers”, that they’ll cut you if used bare without a “stubble guard” clipped on. I replaced it with a Wahl Peanut. Which is the only set of clippers I’m aware of with a cult following. Its much better than the old beard trimmer (and any other unit I’ve used). Its also far smaller. About as wide as a standard candy bar, but shorter. With a massive industrial grade cord shitting out the back. The only short coming I’ve noticed is it ships with combs made for cutting hair rather than beards, so the longer standard set. But I am unbearded right now. And use the thing bare to cut down the stubble a couple times a week. And a shorter set of combs appropriate for beard use is available separately for when I give up and grow the beard back.