Han Solo and Princess Leia had an affair, for real

Not in my damn canon. In a proper, non-Trumpian, universe Ben is a Skywalker, not a Solo and he’s a good kid. The Solo to look out for is Jacen (duh, obvious asshole name. probably had a UFC mohawk in preschool).

Did we not know this already? That’s a serious question. I genuinely can’t remember at this point. I feel like I’ve forgotten more 30-year-old behind the scenes trivia about classic Star Wars than I ever knew about the subject of my dissertation, and I don’t even really care about Star Wars all that much.

I guess this is good news since SW is a relatively sex-less fictional universe.

At this point the question should be: did Carrie NOT have an affair with any member of the production ? It feels like every year she’s coming up with a new name.

Not surprised that Fisher fell for him. Harrison Ford was holy-head-over-heels handsome in his 30s:

That makes sense considering this book is excerpts of the journal she wrote at 19.

Hear that sound? That is the sound of thousands of keys being furiously typed by fanfic writers that just had their head canon confirmed. The amount of smut being produced… It’s almost a thing of beauty!

I was a bit squicked out by the age difference, until I remember at 19 I was dating my husband, who was 30.

I was mostly recently reading about this here: 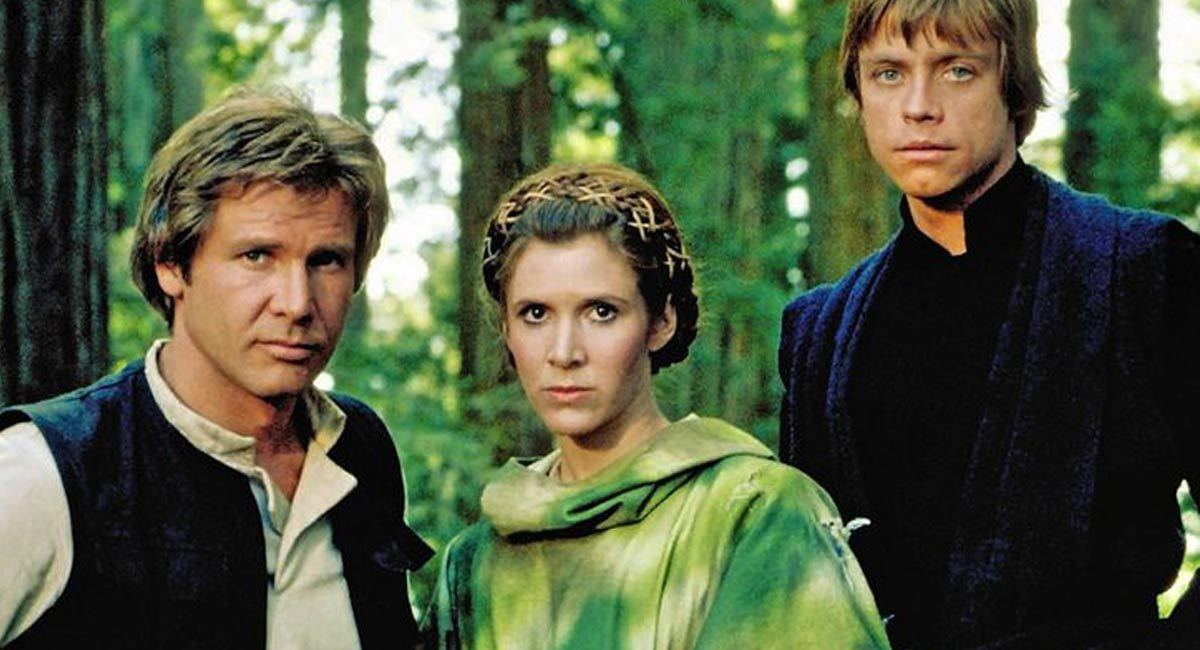 Turns out even our 'wholesome' classics were pretty much done by people high off dumpster trucks worth the drugs.

Once you notice Carrie Fisher’s coke nail, you will never unsee it. She confirmed it on Twitter, but we’re just impressed she can remember that decade at all.

Thankfully, Fisher didn’t let the infamous partying that once prompted John Belushi to tell her she had a problem affect her performance – mostly. Have you ever noticed how Han and Leia are smiling when they arrive in Cloud City, a dangerous mission that they should be not at all happy to embark upon? That’s because, according to Fisher, they were both up partying with The Rolling Stones and Monty Python the night before and arrived on set still wasted.

It turned into a Penthouse letter when the stunt doubles tagged in.

The Harrison Ford body pillow she had made was a little creepy though.

I guess that nothing below the waistline is shown in the picture is on purpose then?

I kept hoping someone would animate Hayden Christensen.

In a proper, non-Trumpian, universe

In the real universe Anakin Skywalker was played by Vin Diesel and the prequels were awesome.

This universe is stupid.

I was a bit squicked out by the age difference, until I remember at 19 I was dating my husband, who was 30.

You want to get really squicked out over age differences, watch her mom in Susan Slept Here.

Was it just Monty, or did he bring some of his mates?