Unfortunately, not everyone can be as wonderful as the great Leonard Nimoy. He was a wonderful human being with a huge heart.

Agreed, and I can easily imagine others who also agree. 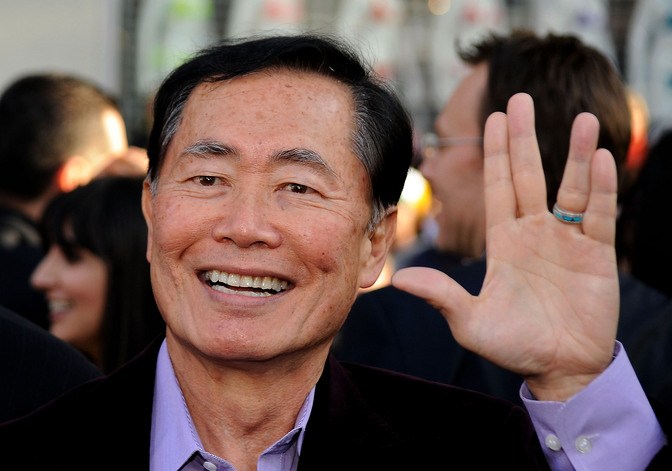 Ironically, Grace Park, Daniel Dae Kim, and Masi Oka are the only actors and actress I can remember as having roles on Hawaii Five-O without having watched it… Partly because them having roles on BSG, Crusade/Lost, and Heroes respectively.

unfortunately, whites policing over larger populations of non-whites has kinda been a thing in many places.

Am I the only one wondering how the pay equality was between the males and females in these two sets of actors? How many strata of inequality did we have going on here?

Well, the other 2 guys were the stars of the show. There’s always the stars and the supporting cast. I don’t think there’s racism at play here at all. They were never going to get the pay the leads do.

I’m sure this is the argument the studio will make, and while I’ve never seen the show, three of the actors are favourites of mine (Including Mr. Kim and Ms. Park).

Just about every show like that has a lead, sometimes a second, and “the supporting cast”. The question is, is the pay scale equitable for similar shows without minority cast members? I presume the answer is “no” in this case, but we don’t have the information needed to know for certain.

Well, the 2 [white] guys were the stars of the show.

the racism was coming from inside the callsheet!

Grace Park is the only reason I even know this show exists.

There’s always the stars and the supporting cast… They were never going to get the pay the leads do.

I doubt Kim and Park were trying to get the exact same pay, so much as the same kind of pay. The white leads were not getting just ordinary leading role pay, they were also getting extra special profit sharing pay on top of that. Handing that out to some cast members and not others is SOP for hollywood, but it’s scummy SOP and Kim and Park were entirely justified in demanding that they be given the same treatment as their colleagues.

unfortunately, whites policing over larger populations of non-whites has kinda been a thing in many places

(Eta: @Peter_Brulls, sadly “minority” is the terminology on the stats page I found and quoted, which gives white vs nonwhite demographics for lots of US police departments compared to the communities they serve).

that is good news, thanks for sharing that ray of hope.

my point was more that one doesn’t have to stretch the imagine much to envision the scenario that is the norm in too many places…unfortunately.

alas…it would seem very legit to have a mostly white police force regardless of the population they are policing. i’m glad hawaii is an exception to that trend.

maybe i’ll have to move there to check things out myself!

I’m with you on the first two. This new version to me seems more childish than the original series.

All the more reason (although I recognize it’s a bit of a side issue) that the two leads of this show shouldn’t both be white. Why not make at last one of them non-white?

It’s a strange thing to read that the population is made up by 4 of 5 people being from a minority.

Not wanting to write “white” and “non-white” while not addressing that it’s still about white and non-white makes strange phrases. Like Tuvok being the first African-American Vulcan.

I don’t think there’s racism at play here at all.

The good thing is that when people quit their jobs because they feel they were being treated unfairly based on race, we can make our own judgments about the validity of their claims based on broad generalizations about how TV stars are paid with no specific knowledge of what was going on in this particular case. Gotta have opinions.

That’s actually the bigger problem not addressed in this story. Why is Hawaii always seen through a white lens? It’s the least whitest state in the union with a majority Pacific Islander/Asian population yet in almost every movie or television show that takes place in Hawaii you would think it was as white as the mid-west.

Why? I’d say it’s white industry execs who (falsely) assume that the best way to make the most money is to have white protagonists. And of course, the more famous the actors, the more the money. 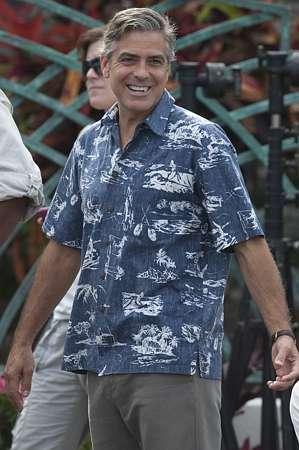 One might begin to suspect Hollywood suffers from systemic racism.

To be fair to The Descendants, the Clooney character was a pretty realistic depiction of a certain class of kama’aina, and it is not unusual for big landowners here to be white (or mainly white) descendants of missionaries; the movie was very well received here. Aloha was more problematic, especially the weird casting of Emma Stone.

10 years ago I would have agreed with you that its a false assumption. But two terms with a black man in the white house and the election of Abu Ivanka al-Amreeki has convinced me otherwise. Nowadays I believe it is impossible to over-estimate white fragility.

On the plus side, the fracturing of the entertainment market has at least enabled non-white niches. There are lots of top-quality shows with non-white leads and even majority non-white casts (Atlanta, Ballers, Survivor’s Remorse, Rogue, Empire, most of Shonda Rimes’ ouvre, etc) so at least there is now room for non-whites. But we’ve still got a long way to go (and I’m still waiting for a consistent flow of SF/fantasy tv shows out of hollywood that are majority non-white, Luke Cage was a start but still an anomaly).

To be fair to The Descendants, the Clooney character was a pretty realistic depiction of a certain class of kama’aina

I thought her casting was more appropriate than the firestorm made it out to be. The character specifically struggled with looking haole but being hapa, a sort of “stranger in her own land” situation.

FWIW, the part that really rubbed me wrong was the use of Bumpy Kanahele playing himself but in a really contrived, performative way. Maybe he’s just not a good actor, or maybe the problem lay elsewhere - script, direction, etc - but whatever it was, his scenes felt like a sort of remedial hawaiiana lesson for mainlanders. And the biggest sin of all was that the movie just wasn’t very interesting.