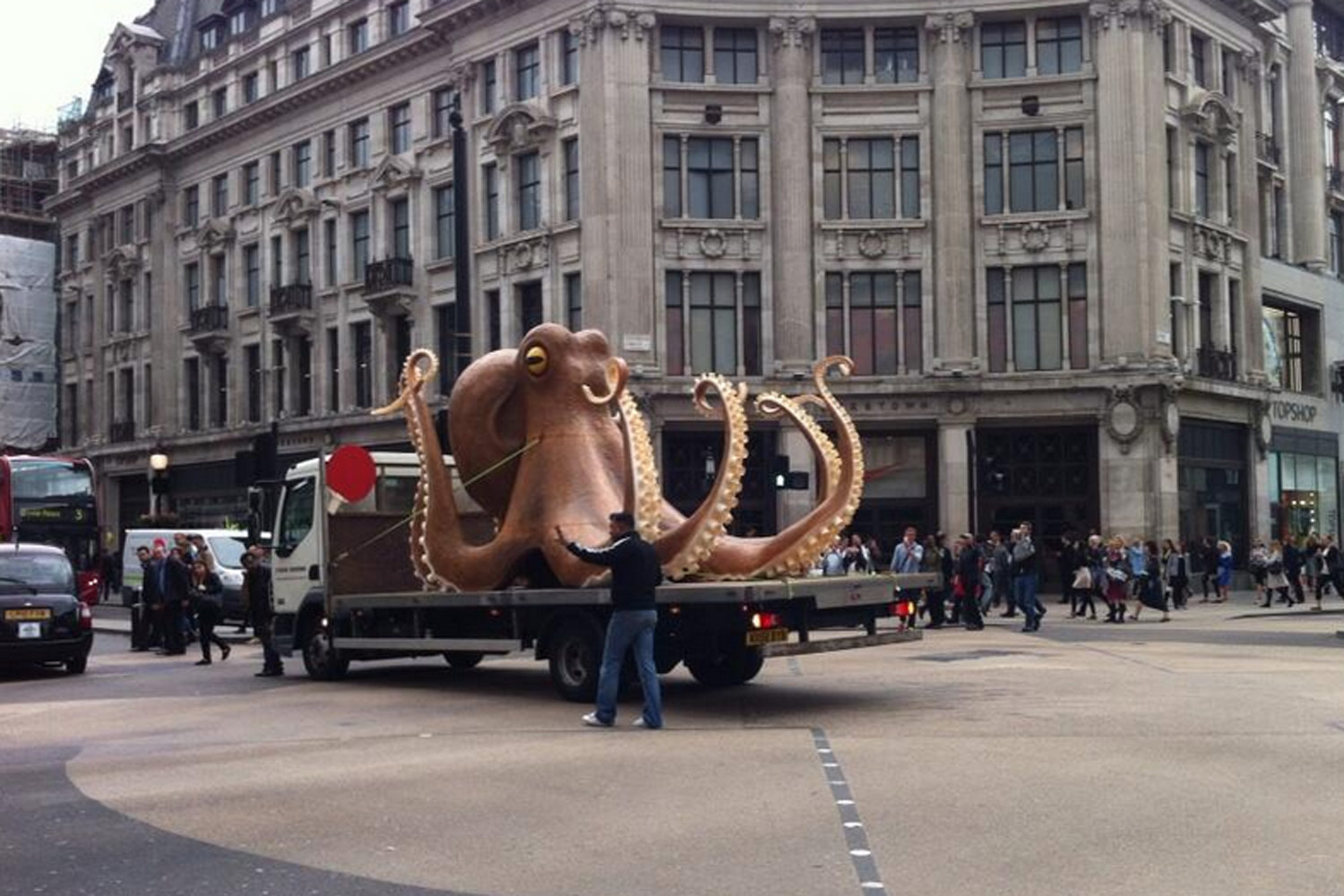 Betfair apologises after Oxford Street traffic is held up by octopus

A betting website has apologised for bringing central London to a halt this morning after a truck carrying a giant replica of an octopus for a PR stunt broke down at Oxford Circus.

Completely unnoteworthy was the company’s failure to apologise for its purpose.

I think it was deliberate. Made the headlines.

But was it a hardcore hip-hop octopus?

I meant the company’s general, inherent purpose, not the squid’s.

It was an, “I’m half awake and making vague connections,” comment. Sorry! 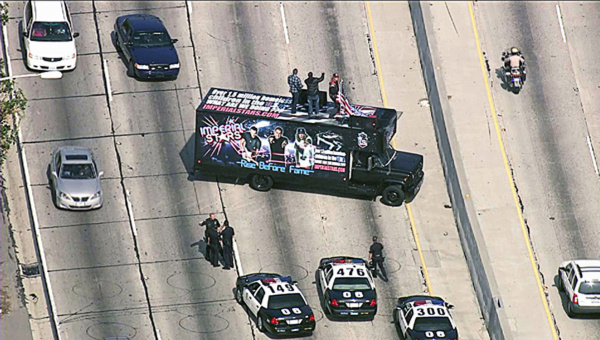 That’s one industry I will never, ever work for.

About a year ago I was hanging out with a fellow Bike Shed volunteer; it was about 10 or 11 on a Friday or Saturday night and we’re at the train station.

Our train rocks up, and some scumbag has dropped a bunch of dough on turning the train blue all over with ads for a gambling smartphone app… we go in the train and it’s blue everywhere inside, all over the windows and on each end of the carriage. The train is fairly full in terms of seats, but nobody’s standing to block the view.

At the end of the carriage is this dickhead with his ‘you know it makes sense’ catchphrase. I’m sitting there fuming, coming to the boil… and my mate is a young bloke of the BMX-riding, permanent-marker-wielding persuasion, so I hit him up for a texta.

So right there in front of everyone, I take my time to write ‘TO BE A MUG’ in matching block letters under ‘YOU KNOW IT MAKES SENSE’ on the vinyl ad, bold as brass. I didn’t give a flying fuck, particularly with a couple of beers in me. Not that I’m of the texta-wielding persuasion myself; I take a dim view of vandalism.

But naturally, defacing and subverting ads is another matter entirely; nobody ever asks permission to shove propaganda in my face. But one doofus in the audience couldn’t make the distinction; he wanted to physically assault me for damaging public property… I left aside the point that the public certainly didn’t own the bit of vinyl stuck to the train that I’d defaced, and instead focused on the point that the trains had been privatised a decade ago. The authoritarian dipshit kinda failed to grasp the significance of that, though…

Still, there would’ve been a couple of handfuls of folks who found the exchange entertaining, if not edifying.

As for the fuckwit, what are the odds he was a gambler, eh?

This topic was automatically closed after 991 days. New replies are no longer allowed.