Here is one way to be a "touron" (tourist plus moron)

Originally published at: Here is one way to be a "touron" (tourist plus moron) | Boing Boing

I can’t help but to read that like Bugs Bunny when he said: “What a gullible-bull, what a nin-cow-poop, what a maroon.” thus pronouncing Touron as: “Tour-rune”. ^____^ 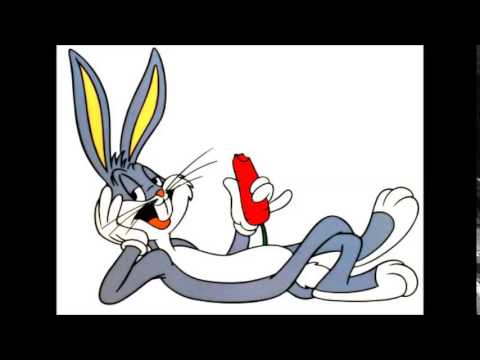 My friend in college had worked out this impression of the Ugly American:

“I’m an American, damn it! Your Mickey Mouse laws don’t apply to me!”

This one time at “elk camp”. Stupid ass…

I join the woman who’s taking the video in rooting for the elk.

Having recently been in Banff and walking at night through Central Park there… When there is an absence of light in the shape of an elk, assume it is an elk, and back away while humming a calming tune.

In case it doesn’t show, this is a screen shot: 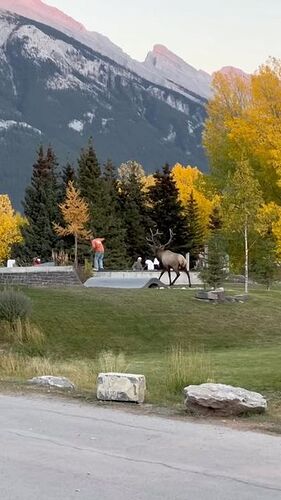 Edited to try embedding Insta post and clean up

Here’s a picture I took on a trip to Yellowstone a few years back. This was on the highway between Grand Teton and Yellowstone.

That is a grizzly bear rooting in the dirt on the side of the road.

We stayed in the car. 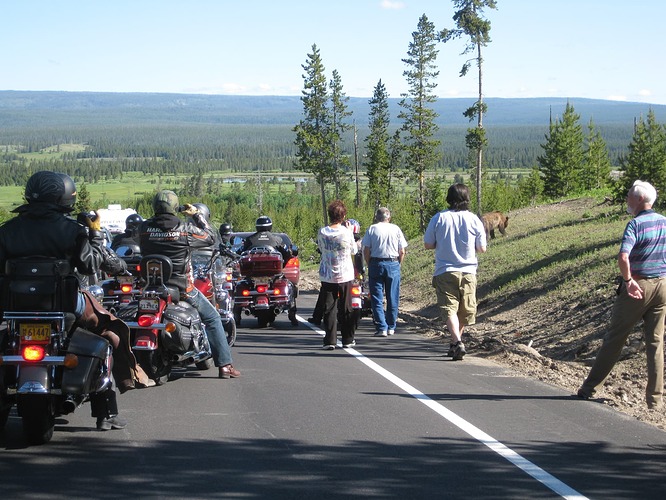 Oh yeah. I commend to your attention the book “Death in Yellowstone”. It was written by a former park ranger, and chronicles the various ways that people have managed to off themselves in the park.

Stupid any time; stupidest of all during the rut. He’s lucky the elk didn’t get other ideas. The bulls are only interested in two things this time of year; fighting is one of them.

[The elk] misses, but just barely.

That was a gentle canter with his neck delicately lowered and he braked at the last second.

He didn’t miss. That was a very polite warning. The gentleman will not get a second one of those.

Did the lady filming say anything to those people?

I’m Canadian and live in an area full of bears, elk, big horn sheep, moose, etc. Tourists come through here constantly to see them and we are constantly telling people how to behave around wildlife.

Yes, people are ignorant, but it’s because they come from cities or countries with little wildlife and they think nature is like Disney movies. They need to be told. The Japanese family pouring out their car to go see the grizzly bear is always grateful and shocked to be told that animal will absolutely attack them with no warning. Or the bro from NYC who didn’t know big horn sheep exist who keeps getting closer and closer because he doesn’t realize when they charge they can roll a car over with those horns and he won’t even slow them down with his dockers and iPhone. 99.9% of the time people are grateful to be told these things.

Standing there filming someone be an idiot until the elk charges them is not helping the elk either.

Standing there filming someone be an idiot until the elk charges them is not helping the elk either.

I got the impression the person filming had that Roman Gladiator viewer mentality: “Kill him please”

Stuff like this is enraging. This behavior is criminally stupid.

Did he want to speak to the Manager of the Park and insist the animal be put down immediately because it was aggressive? These people aren’t willing to listen to people who have training in these matters, but they probably didn’t even bother listening because they read an article about the Elk one time.

I remember Yellowstone when I was a child in the early 60s. Tourons abounded back then too.

One dumped a couple of loaves of bread in front of a bear and then posed his child in front of the bear. My dad had the driver’s door partly open and was ready to charge the bear, but fortunately the bear was focused on snarfing bread.

The rangers arrived and charged the man with “feeding the wildlife”.