Here's a fun way to browse the 187,000 digital items in the NY library's public domain collection 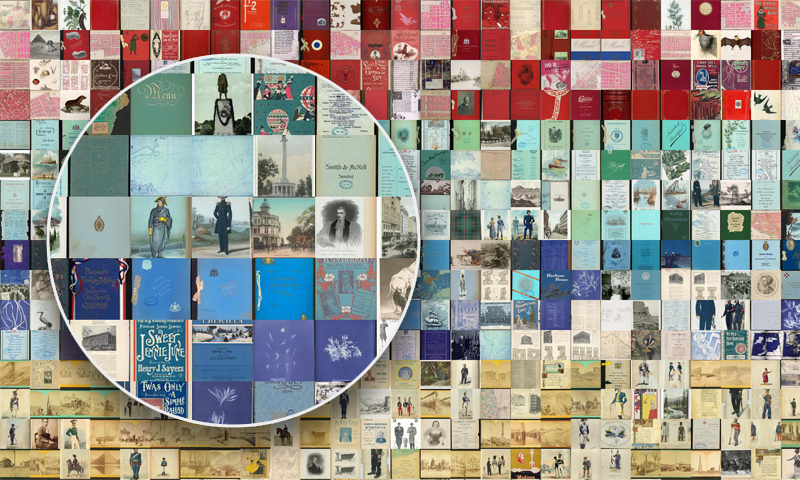 On January 6th, 2016, The New York Public Library made over 187K digital items in the public domain available for high resolution download. This is one of a number of demonstration projects illustrating creative reuse of public domain materials.

Seeing those 3D images is really easy, much easier than the “Magic Eye” defocusing technique. Just cross your eyes slightly so that you have four overlapped images, then continue to cross them until the two central images fuse into one, perfectly sharp 3D picture. It’s going to take a bit of practice but once you know how to do it, you can do it almost without thinking about it, and then you can use it in the real world to compare printed lists of things and to cheat at those stupid “spot the differences” puzzles (identical parts of the images are stable, differences flicker visibly and are instantly identifiable).

Thanks for the link, MrHarley. frauenfelder got too excited and forgot.

These stereo images can’t be viewed correctly using the cross-eyed method. The left and right sides would need to be swapped.

Oops. Okay, hack 'em apart in an image-editing program, paste 'em back together in reverse order. Piece of cake. Or just stare at them cross-eyed and get reverse 3D, where things that ought to recede instead advance and vice versa.

Unfortunately the cross-eye method doesn’t work with any of the stereoscopic images in this huge collection. I’m not sure why but I’m guessing they were made for a specfic device used to view them that somehow reversed the left side with the right. I manually edited several of the images today, just moving the left image to the right and the right to the left and then viola, cross eye 3D method work perfectly. The only way one can see these stereoscopic images without editing the image as I’ve described or by using the proper viewing device is by the parallel method which I’ve never been able to do.

They can if you can do the parallel method. So far I’ve never been able to do it.