Here's the scientific reason why hangovers suck and what causes them

Originally published at: Here's the scientific reason why hangovers suck and what causes them | Boing Boing

Funny I always attributed hangovers to this chemical:
Acetaldehyde - Wikipedia (
(After all, I don’t start feeling hungover as soon as I start drinking). Dehydration has a lot to do with it, too.

How many drinks typically give people a hangover? I once drank an entire bottle of red wine (red wine gets me tipsier quicker than anything), and it literally gave me the bed-spins (I lay in bed and the room spun around) – but I’ve never drunk to the point of vomiting or memory loss or blacking out. I have never had a hangover, though. I just wonder if I’m not trying hard enough. Are there others here who’ve never gotten a hangover?

A bottle of wine contains 4 (or 5 if you’re mean) glasses. This is equivalent to about 4 pints of beer.

It can depend on your culture norms obviously, but this isn’t an enormous amount of alcohol. It probably is enough to give some people a hangover, but most drinkers I know would drink more than this.

Dehydration has a lot to do with it, too.

Yes! If you’ve gotten up to some significant drinking, try drinking plenty of water before you go to bed. That’s helped me quite a bit over the years.

The molecule responsible for hangovers is ethanol, which we colloquially refer to as alcohol. Ethanol is present in all alcoholic beverages, and generally speaking, the more ethanol, the greater the potential for a hangover.

Ok, wait, hold on, let me get this straight: all alcoholic beverages contain a thing called “alcohol”? And consuming more of this “alcohol” increases the probability of experiencing the negative effects of “alcohol”??? What?!? This professor of tautology deserves a Nobel prize for this discovery!

try drinking plenty of water before you go to bed

Plus One on that. Doing that will make you wake up more often to go pee, but it doesn’t matter that much since the alcohol will disrupt your sleep anyway. And, each time you get up, be sure to replenish with plenty more water. I’ve dodged many a bullet this way (though I really need to get out of the shooting gallery, it’s been long enough already!).

The rule I was told was “Drink a pint of water before you go to bed, and you won’t have a hangover.”

Of course if you’re sober enough to remember to drink a pint of water, you may not have had enough alcohol to give you a hangover in the first place, so ¯_(ツ)_/¯.

Lately, I’ve started getting hangovers after drinking even small quantities of beer, with hoppy IPAs having the biggest impact. Equivalent amounts of wine don’t seem to affect me the same way. I suspect allergies may be involved.

Mm hm, although I guess to be fair it is a metabolite of ethanol…we usually talk about what aspirin or psilocybin does even though the active form is something else. But for sure acetaldehyde buildup is a major part of hangovers.

Something I think is interesting is that inky cap mushrooms contain something that blocks acetaldehyde metabolism, so become poisonous in combination with alcohol, and their symptoms sound a lot like a hangover magnified.

If I drank plenty of water before drinking I would not have had room for more alcohol, if I was able to drink water before bed I wasn’t done drinking yet. Same reason I never ate while drinking.

Also, you don’t get hangovers if you never stop drinking.

I have never had a hangover, though.

I never had hangovers until my kids sucked enough of the life-force out of me to make me susceptible.

Yeah, I agree that water before bed is a massive help. I’ve also discovered that stopping at least a couple hours before bedtime helps dramatically, especially with the sleep cycles. I can’t remember where, but I read a study showing that sleep is disrupted after the alcohol is mostly metabolized, which is generally about 2/3 of the way through an 8 hr sleep cycle; the worst possible time for me to wake as I have a much harder time falling asleep again in early morning hours. Going to bed relatively sober(er) has had a quantifiable impact.

acetaldehyde buildup is a major part of hangovers.

I just wonder if I’m not trying hard enough.

Lately, I’ve started getting hangovers after drinking even small quantities of beer, with hoppy IPAs having the biggest impact.

I used to love hoppy IPAs and now I can hardly stand them. Not a hangover thing, just make me feel all bloated.
Red wine has given me hangovers recently. Even the good stuff. Two glasses is too much. Might be a “lifetime limit” type thing, idk. I used to guzzle gallons of Carlo Rossi with friends in college.

A friend told me drinking pedialite before sleep after a big night helps (this was at a conference where we all overindulged a bit) but all it did was give me the trots.
The most reliable thing I’ve found is to eat healthy and have a glass of water between each alcoholic beverage and switch to non-alcoholic tea before bed. Or, you know, just not drink, but sometimes in social settings this can be hard on one’s willpower.

A bottle of wine contains 4 (or 5 if you’re mean) glasses. This is equivalent to about 4 pints of beer.

It can depend on your culture norms obviously

In Wisconsin, a bottle of wine or 4 pints is just getting started. 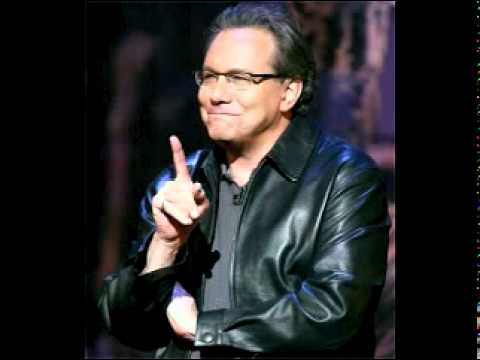 It’s so true!
It’s a while ago now due to COVID, but anytime I’d fall in with the Wisconsin crew in the after-hours of a work conference, damn. I can generally hold my own but those guys…phew.

Roger that! Ok, my turn,

The agent responsible for sunburn is electromagnetic radiation, or rays, which we colloquially refer to as sunlight. Rays are present in all sunny days, and generally speaking, the more rays, the greater the potential for a sunburn.

Years ago I remember reading that a spring break drinking contest banned Wisconsin students from competing.

Yup. I read the headline and my immediate thought was, ‘Is the answer ‘alcohol’, and ‘alcohol’?’

Imagine my surprise upon reading TFA.

Going to bed relatively sober(er) has had a quantifiable impact. 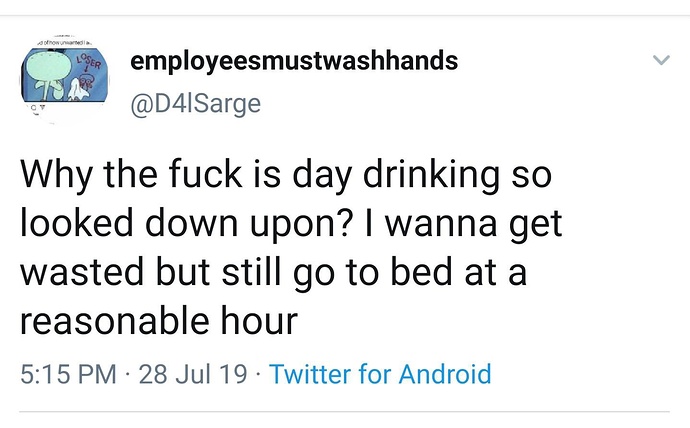 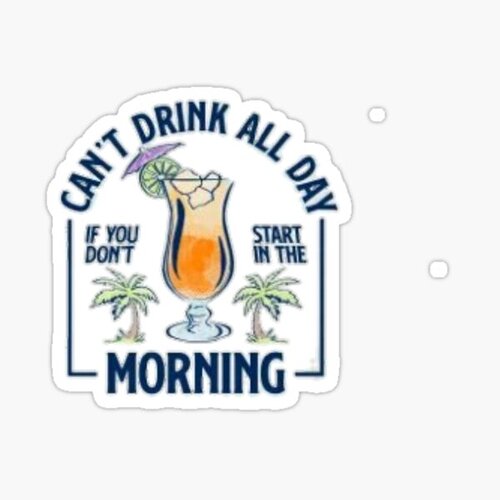 Give me psychedelics over alcohol any day. That stuff is poison.