Right wing media is emphasizing that he had stage 4 colon cancer and that was why he died, since healthy people don’t have to worry. And he did. In 2006. He had been in full remission for over a decade. But can’t let it seem like the righteous need to worry, right?

If I were them I’d be asking my lawyers to test the strength of the waiver he may/may not have signed. Would be sweet science to have Trump’s campaign sued by one of its own. 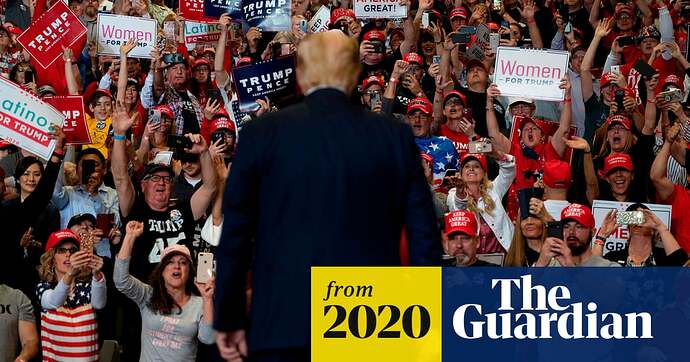 President is holding mass campaign event in Tulsa, Oklahoma as governor welcomes rally that violates his own guidelines

FWIW, those waivers are ridiculous and show the callousness of the campaign, but I’m not sure how anybody could win a suit alleging that a specific event (or even a person) gave them the virus. Causation would be almost impossible to establish, especially if the person was being reckless in other instances. There’s just no way to prove that Cain got the virus from someone at the event, compared to someone at his hotel or someone he shook hands with the day before or someone he talked to at church.

We can only hope that Herman Cain’s death brings some measure of sanity and self-reflection to the Republican Party that he was not willing or able to bring them in life.

Don’t hold your breath, he was a useful token to them, and nothing more.

MAGA nation needs to come up with a pithy description of that segment of the population that we should care less about dying.

Pretty sure the word is "constituent.’ 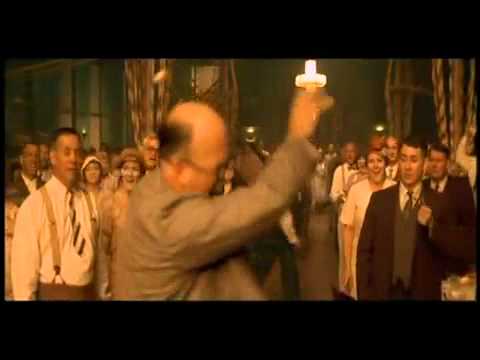 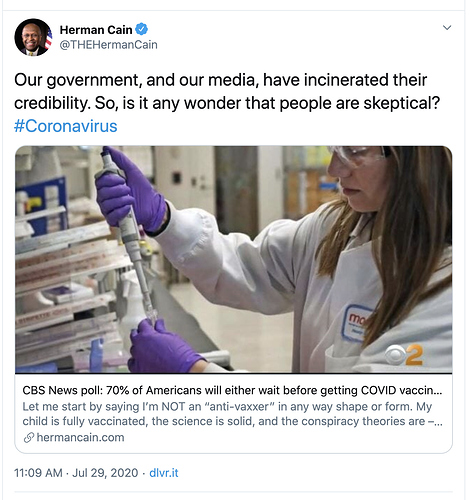 “He was old and of higher risk. He should have self quarantined.”

I hope whoever manages it is getting trolled for filth right now.

he was a useful token to them, and nothing more.

Right? In Republican minds, simply because Cain was black, he wasn’t a real Republican.

The Republican Party is the biggest white supremacy cult ever.

simply because Cain was Black, he wasn’t a real Republican person.

I believe this may be how the notion of karma would work. Spitting in the face of all logic and reason regarding a deadly virus tends to not work out well.

I don’t wish this on anyone…well I can think of one or two names…but seriously. You can’t throw caution to the wind on something like this and then be surprised by such an outcome. One would hope this is an eye opener for some people but I sure as hell doubt it will be.

People do things that their instincts tell them are wrong, causing others and themselves suffering. They fight those feelings out of anger or hatred or ideology and they do it again. It’s a bit easier that time. They still feel bad, though.

They repeat that enough times and there are no feelings left to warn them against doing it, and they have felt bad for so long that they no longer consciously feel “bad”. In their mind the world just sucks and nothing gives them satisfaction. They are lost from even realizing the cause of their misery, and doomed to suffer it perpetually.

I wonder what his underlying condition was? 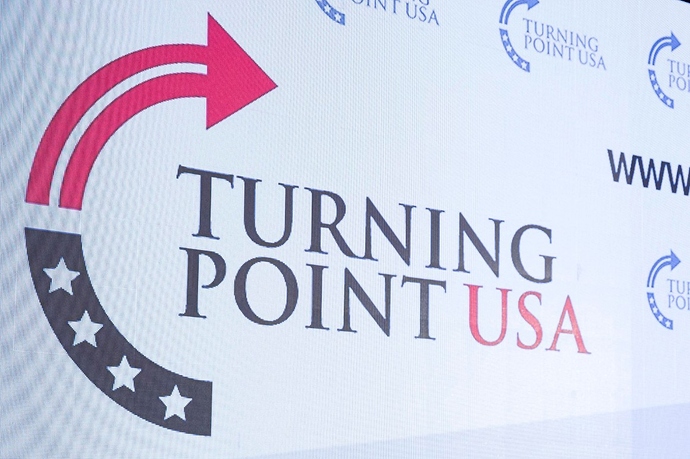 I think this is unfair. People handle these things differently. I don’t need to hear a mea culpa from every republican who gets Covid - the increasing occurrence of it speaks for itself.

They made it worse. I couldn’t care less about an apology; I want them to serve jail time for the deaths they have caused.

Just wait for Trump to tweet that Cain died because they didn’t treat him with Trump’s favorite drug, hydroxychloroquine.

it’s like discussing something with a flat earther. even if they did give him hydroxychloroquine, they gave him the wrong amount, or at the wrong time, he didn’t have enough zinc. he didn’t go to the doctor soon enough. he didn’t die of covid, he only had covid and died of something else

literally anything than accept reality. it’s frustrating and saddening. i know people doing exactly this. and there’s no reasoning with them

Dead is dead; avoidable death could have been avoided.

That some people can’t or WON’T accept that as reality might just be their own death sentence.

That some people cant or WON’T accept that as reality might just be their own death sentence.

indeed. it just sucks when it’s people you care about.

I know; it’s tragic when you can’t stop people you care about from ‘jumping off a cliff.’