They coated their rockets with sex wax and launched them in the school pool.

Yep…nowadays, he’d be arrested, sit in prison for a spell, then be put on the sex-offenders list for the rest of his life. The law is an arse.

The excerpt shown on Boingboing leaves out the important detail noted by a user above, the man was involved in union negotiations. This story, in the end, has little to do with stupid and arbitrary rules and their apparent mis-interpretation. It seems more likely that the administrators saw an opportunity to demonstrate their arbitrary power over the teacher than that they are simply too stupid to understand what objects present a realistic danger in the classroom.

Rules with a seemingly arbitrary level of strictness which are enforced at the discretion of administrators serve just this purpose. I live in China and I see it all around me. Rules are incredibly strict and enforced on the whim of local administrators. Most people don’t follow the rules, becuase it is very impractical to comply with such unrealistically strict rules, but if someone challenges a local official, by for instance directly competing with one of their business interests or those of their cronies, then the book is thrown at them.

I read this story as one of intimidation.

when i read the article in the l.a. times i noticed the same thing. although it’s buried in the article also. i read this as camouflaged union busting and not as administrative scientific illiteracy.

It’s the administration trying to find a way to get rid of someone who they don’t like. I read about a journalist in the UK US who was fired whilst on statutory maternity leave for checking her email. Create draconian rules, enforce them only against inconvenient people. Hopefully if that teacher is any good he will be able to be reinstated, or just move to a new school with a non-idiot in charge of administration. 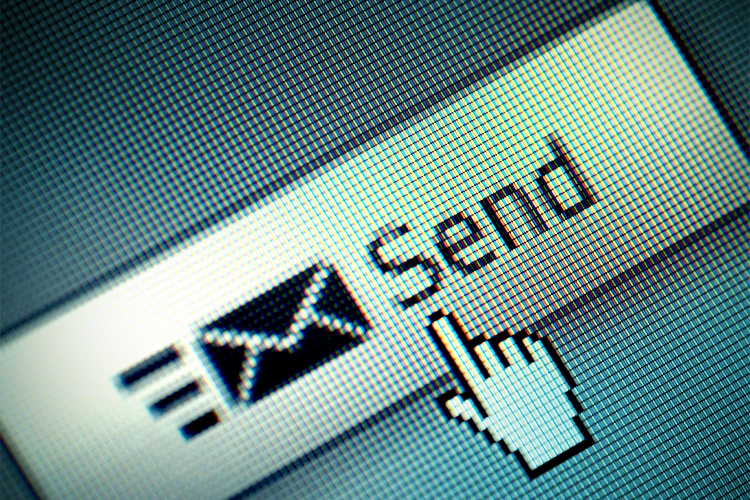 Woman allegedly fired for checking her work while on medical leave

Her company claims deleted correspondence represents a "destruction of property"

My guess: Lots of schools have annual science fairs, and I know for me there was no requirement that your project in any given year had to be within the discipline you were studying that same year.

But now where will America gets its future generations of scientist and engineers to develop new ways of bombing brown people?

By hiring brown ones outide the country: they come cheaper. That’s obvious: you have to run the government like a business, after all!

It was called the Peter Principle before Dilbert.

Heh. My chemistry class (which also had a proper chemistry teacher - he had iron-on transfers of Psych-Rock bands and a huge back piece of the Hulk going 'FTOOM! SMASH! through a wall on lis lab-coat, octagonal Lennon specs and had, naturally, built his car himself) had the entire science block evacuated because we made so much sulphur dioxide. Happy days.

Woman allegedly fired for checking her email during maternity leave

That wasn’t in the UK, it was in my hometown of Eugene Oregon. The Register Guard has been a worthless fucking rag as long as I’ve been old enough to read, so that doesn’t surprise me that much.

As the parent of one of the two children whose science project was confiscated, I would like to say that the ONLY way that our son’s science project could be construed as a ‘weapon’ is in how it has been used to attack a beloved teacher.

I had a physics teacher who was ex-British marines, he used to set questions about bullets hitting moving targets and how much force would it take for a Challenger 1 tank to push down a wall. He also never gave detentions on principle.

The last I heard he was still working as a teacher. I don’t know if he toned down the lessons though.

A drone is flying due north at a velocity of v=150m/s and an altitude of h=9000 meters when it’s on-board cell phone stinger intercepts a mobile signal previously linked to a terrorism suspect in use in a playground at an angle of 45° North East, and at a range 6km. A missile is automatically launched at a velocity of u=300m/s relative to the drone.

a) The missile is fired at an angle of θ relative to due North, parallel to the horizon. Write down an expression for the velocity of the missile with respect to ground in terms of u,v, and θ. [2]

b) Neglecting air resistance, derive the value of θ that allows the missile to meet the target. [5]

c) Neglecting acceleration due to gravity, derive an expression for the time t that the children will have to run? [3]

d) The missile undergoes free-fall whilst in flight. What vertical distance does the missile drop whilst en route? Assume g = 10m/s² [3]

e) Derive an expression for the angle ϕ below the horizon along which the missile must be launched, to compensate for the leading order effects of free-fall. [3]

f) Afghanistan is on a latitude of 39°N. Derive an expression for the East-West deflection introduced by the “Coriolis force” acting on the missile during it’s flight. Assume the radius of the Earth is r = 6400km and that a day lasts 86400 seconds. [4]

g) Calculate the correction δθ required to the launch angle θ, to compensate for the leading order effects of the Coriolis force [3]

h) The probability of being hit by shrapnel from the missile can be modelled as a Gaussian process with a variance of σ²=50m². If there are 100 children in the playground who start running at 3m/s as soon as the missile is launched, derive an expression for the expected mortality in terms of the cumulative error function. [5]

In 1983, my computer lab teacher, asked me if I wanted to try and fix an Apple IIe power supply (I was just starting to get an interest in electronics).
He told me to watch out for the live voltage, and so I did.
I became an Apple Certified technician in 1991, I still am, and I managed to stay alive (even got “stung” by a CRT).
How are kids ever gonna learn any real life skills, or develop an interest in anything if they are constantly buffered from real life “dangers”.

just move to a new school with a non-idiot in charge of administration.

Tell me more about this magical utopia.

Having gone through my own version of this several years back, and looking at accepting a visiting appointment in another school that sounds like school #1’s not-quite-as-evil twin (because years of the adjunct treadmill wears one down to a tiny nub), your ideas are intriguing to me and I would like to subscribe to your newsletter.

My high school physic teacher had a laser guided firecracker powered canon he used in class. He was amazing.

When I was a kid, we launched a class model rocket from a nearby field. This was in first grade.

Thermite certainly burns hot, but it’s not an explosive, and not any more dangerous than other flammables. In fact, it’s rather more difficult to ignite than say … alcohol or gasoline.