This video inspired my breakfast to come back up

Here is how we screwed over Bernie Sanders

This video made possible thanks to a generous donation from Qatar

feeling so inspired by this video 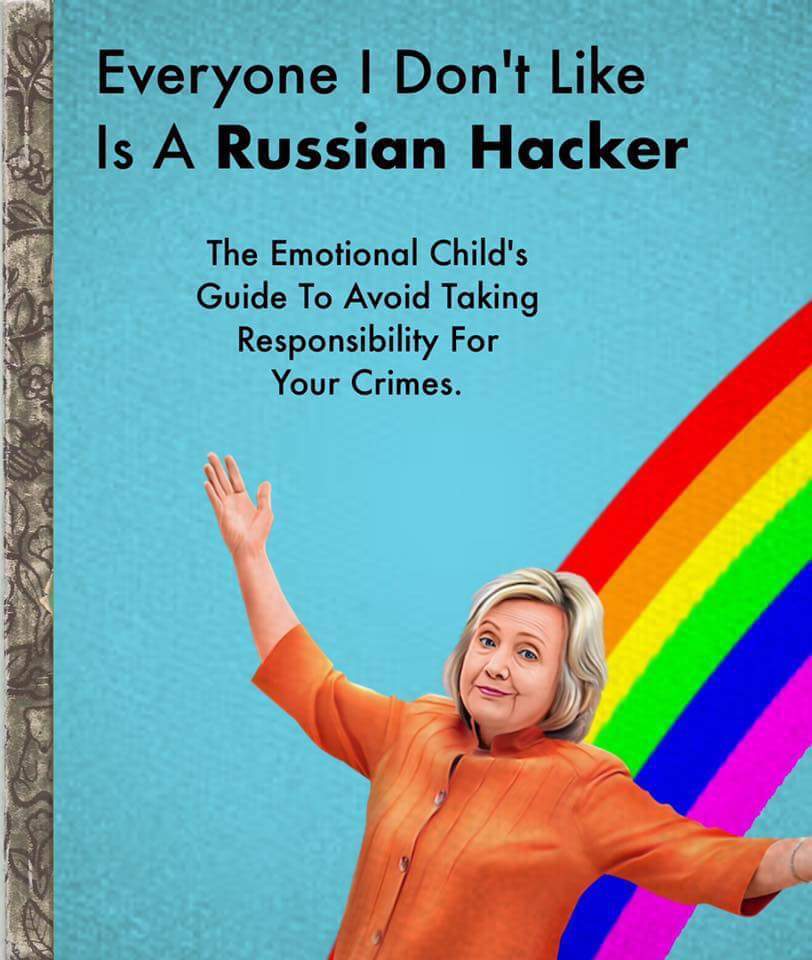 The still image seen before the video opens is of Hillary Clinton… wearing the “$12,000 coat” that garnered some criticism this summer. That’s gone down the memory hole now of course (apparently in 2016 only rabid Republicans are low rent enough to care). But, it should be noted no fashion business macher ever came to her rescue with a claim it had been donated to her. Possibly because she had indeed paid the ~$7400 June list price.

This cover image is probably not the best one for the Clinton team to use in their puff piece. Not that they need to worry about optics at this point. Barring concerted cyberattacks by an advanced threat state actor, she has won. In 48 hours we’ll hear the news that Trump’s refusing to give a formal concession speech. Eventually, the electors will cast their votes… and then he’s history, irrespective of the words or sartorial choices of any candidate.

This cover image is probably not the best one for the Clinton team to use in their puff piece.

It’s probably the only (unintentionally) honest iconography in the entirety of the video.

wearing the “$12,000 coat” that garnered some criticism this summer

Your link points out that the issue is “mostly false”. Among other things, she almost certainly paid around half that, only, and possibly even less.

But on a meta level, this is reality for women who have to go to highly publicized events. Men get to wear the same tuxedo or dark suit forever. Women have to wear a new, expensive outfit every time. Otherwise, the entire media coverage will be about her wardrobe, instead of only half of it.

Seriously? One of the two main candidates for President of the U.S., and we’re still talking about what SHE WORE???

Your plan for voting need not involve either Clinton or Trump. 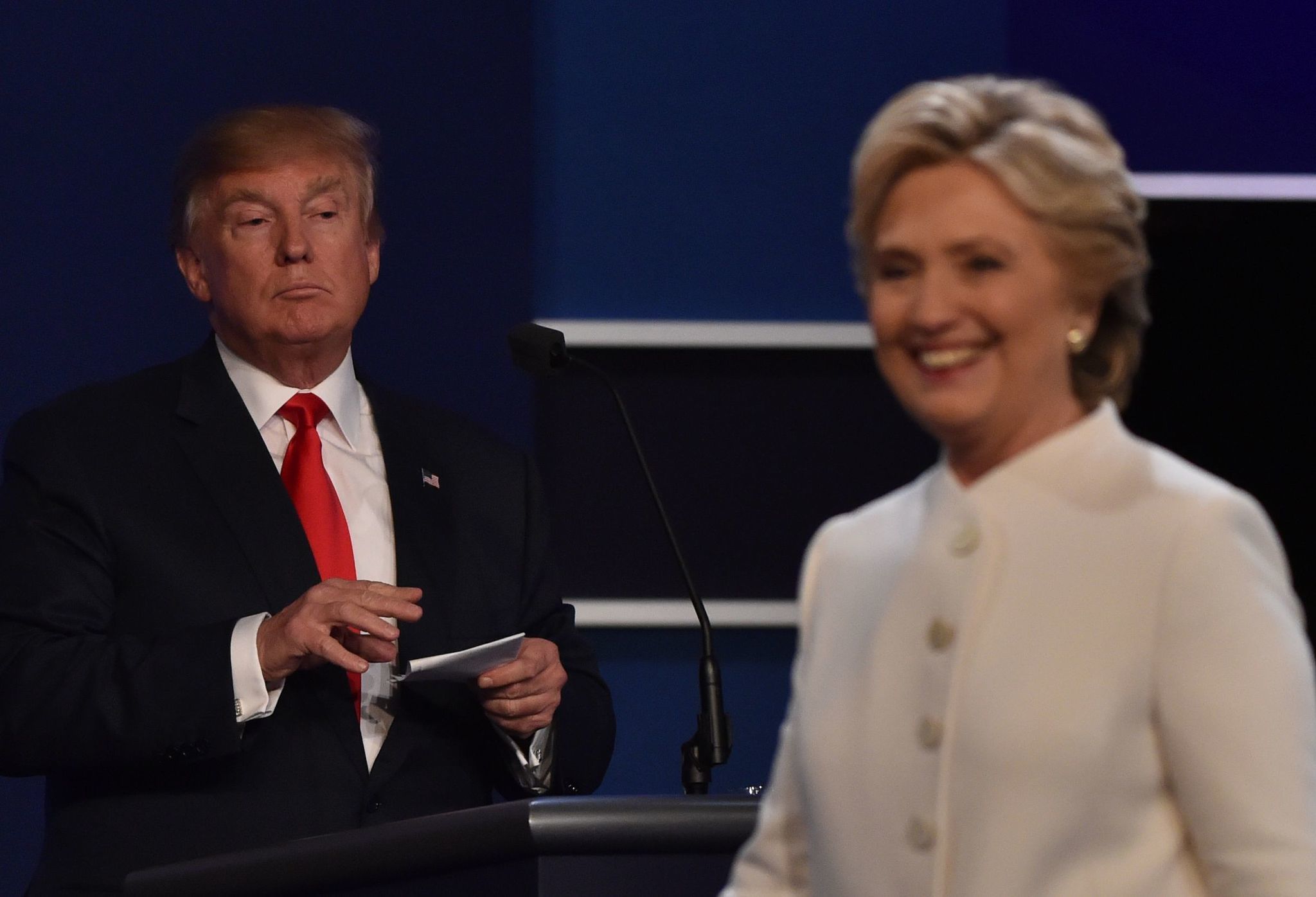 You don't have to vote for Trump or Clinton

Do not feel forced to vote for Republican Donald Trump or Democrat Hillary Clinton if you cannot stomach the idea of one of them being president.

Getting to know your options other than Trump and Clinton

Here's a list of all write-in candidates for president, vice president, U.S. Senate and the 13th Congressional District with brief description. If voters

she almost certainly paid around half that, only, and possibly even less.

I may have misunderstood your rebuttal, but it looks as though you are make excuses for the grotesque spending habits of a member of our hyper-elite by insinuating it is anti-feminist to criticize her for them.

Neither Clinton, nor the over-dressed, surgically-enhanced Trump family bevy should be strutting around in individual pieces of clothing that cost more than the yearly clothes budget of 98% of the nation. Not if they want our fucking votes that is. What they do on private holiday in Aspen is their own business. ~65 years ago, Nixon salvaged a campaign by protesting his wife only wore cloth coats, not fur. We would all be better off if the ruling elite still had to act like him on the campaign trail.

well done video. really summarizes the entire campaign season pretty well (if in a glossy, happy tone). reminds me of barack’s videos back in 2008. hopeful.

This is disgusting. If you’re scared of Donald Trump becoming president, you can just say so. We understand and sympathize.

But calling Clinton inspiring shows a lack of compassion for the countless lives she has ended - and will end - around the world. Doing anything other than condemning Hillary Clinton is heartless and cynical politics.
http://usuncut.com/politics/hillary-clinton-foreign-policy-record/

Seriously, what’s your problem with a hard working woman climbing the grease pole by sheer determination. Show me someone, anyone in the same echelon’s of power who hasn’t soiled his hands–made mistakes etc.

Look at this and look at Trump’s final ad and then decide which vision of the future you want to be part of.

Because those are your options. Everything else is a distraction. And we here in the rest of the world hope against expectations that there are enough clued up people in the US of A to have sufficient insight.

But on a meta level, this is reality for women who have to go to highly publicized events.

Seriously? One of the two main candidates for President of the U.S., and we’re still talking about what SHE WORE???

No. We’re talking about the tone-deafness of an ostentatious display of wealth by a politician (who is supposed to care about poor/working people). I’ll be happy when this election is over too; the tortured exploitation and misapplication of identity politics by Clinton supporters got old several months ago.

decide which vision of the future you want to be part of.

Because those are your options. Everything else is a distraction.

This is exactly the goal of American elections. To convince you of that lie: This is the only meaningful choice. There are only these two options, and they are the only real things in this world. All your power, the power of those around you, that’s not real, it’s just a distraction. You are powerless, and in fact you should be endlessly grateful for the privilege of choosing between the options we gave you. This is freedom. Voting for Hillary Clinton is freedom.

Look at this and look at Trump’s final ad and then decide which vision of the future you want to be part of.

I did, and neither, thanks. I want to be part of a future with more than two parties (basically one, since I believe we have now fully entered a phase of corporate-Democrat hegemony, begun with Bill Clinton’s ‘third way’ Democrats and cemented into place by Obama’s corporate fealty). And with much pride, I cast my vote for an intelligent, principled, consistent, highly-educated, successful, and progressive woman, Dr. Jill Stein. There were three other Greens running in my state that I proudly voted for as well. 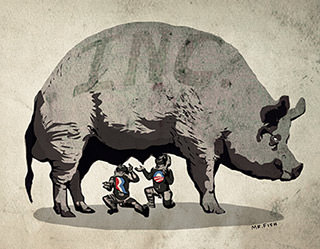 She says she has a Scooby van. You just know she’ll try to crack down on legal marijuana just like Obama.