I’d send you a $300 keyboard today if you vow to stop turning Trump into the Corinthian.

We don’t negotiate with terrorists.

Ohhhhh that Ratheon. Oh my.

The best one I had from that era (I was 12) was the Atari 800 keyboard, with its real springs and gold plated contacts. You couldn’t kill that thing with a stick, especially with the 10lb bomb-shelter of a case they had to build to meet the FCC rules at the time. Of course two of the worst keyboards in history were also Atari’s fault, with the 400 and ST.

Win some, lose some. 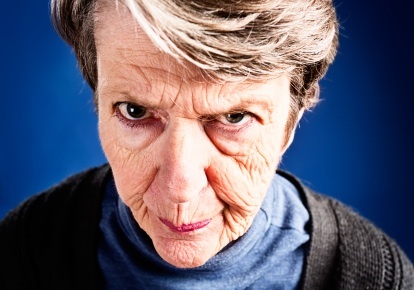 One of my favorite keyboards, which I have never touched but only read about:

There was a lot of ingenious tech left by the wayside on the way to finding the perfect click.

I’m with you on the ‘a lot of ingenious tech left by the wayside’ part; but, tragically, it was largely abandoned by the side of the road to lowest-cost endurability; not the path to the perfect click.

I don’t doubt that some of these mechanisms are just plain white elephants; but what got them killed is being more expensive than rubber-dome designs.

So, um, hypothetically, is there anything I could do that would be abhorrent enough to make me eligible for this offer?

I’m currently overhauling my data fortress; and a truly esoteric keyboard would be just the right touch…

I’ve used too many of those keyboards. From a sheer tactile feedback POV, nothing beats the old teletype or card punch keyboards, as they both initiate mechanical activity that makes the whole device respond.

I had two IBM 701cs laptops, the the butterfly keyboard was great not only because of the butterfly thing but also because it had a deep throw and tactile response.

Of course two of the worst keyboards in history were also Atari’s fault, with the 400 and ST. 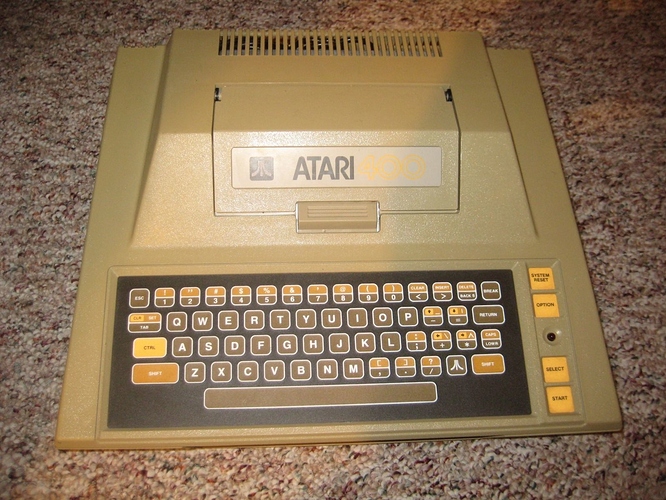 More than a keyboard, but I found this at my parents’ house a while back. 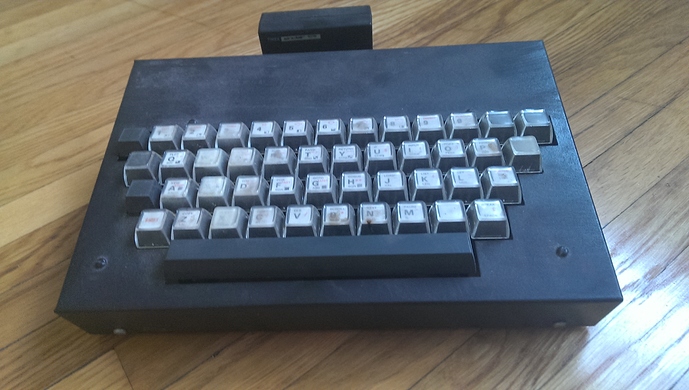 Oh man, thankfully I think I maybe saw one Atari 400, once. I couldn’t get how people programmed on those and Spectrums and such.

Oh man, thankfully I think I maybe saw one Atari 400, once. I couldn’t get how people programmed on those and Spectrums and such. 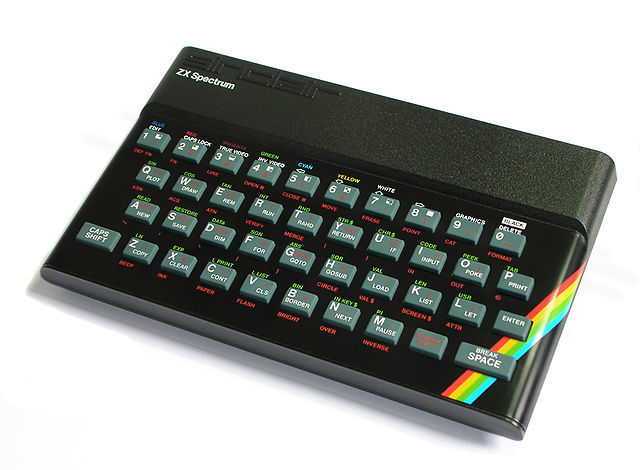 that were progammed to send entire BASIC commands (GOTO, GOSUB, PRINT, PLOT and POKE) the latter used for graphics programming. Graphics was the ZX’s strong suit.

Oh, and programming with that keyboard was OK - I didn’t have anything to compare with.

But at least there was some slight key travel (unlike the Atari up there) and trailing edge trigging so as ttto avoiddddd thattt sort of thing.

It used audio cassettes for storage and the TV for monitor…I was hot sh*t with my Computer;)

These things seem like more fun looking back than they actually were at the time. True for most everything I s’pose.

This computer I posted upthread is supposedly a Timex Sinclair (the US released cousin of the Spectrum) although I can’t find any pictures that quite look like the one my Dad has.

If you want to learn more about the TDOA keyboard, check out the full analysis here - https://deskthority.net/photos-videos-f64/smith-corona-ultrasonic-i-plus-t8752.html

Hi agies. Excuse me but…what a clunker of a keyboard

still, one gets nostalgic although, like I said, it seems like more fun looking back than it was.

The Sinclair in Timex Sinclair, Sinclair Spectrum etc was, as you may know, Sir Clive Sinclair, an innovative, cool Englishman, still at it at 76…
us old electronics geeks owe a lot to him and his fearless exploits in the 70’s and 80’s: https://en.wikipedia.org/wiki/Clive_Sinclair

You never hear anything about Sir Timex or Dame Spectrum though.