Ok, we cover politics and religion routinely, how about the last bastion of geeky flamewars-- keyboards?

I’ve been using IBM Model Ms for half my life. I can’t seem to find another one with the same clicky keyboard feel, reliability, and repair-ability. Any suggestions or recommendations? (Yes, I know that there are newer versions of the classic M, but I’m interested in trying something different.)

I made the switch to apple over a decade ago and never looked back.
I type so much faster and more accurately with the flat apple keyboards.
I wish I’d had one back in the 90s. Love it so much.

(Not the magic/wireless one, the one with the numberpad cuz I do a lot of numerical data entry)

You won the thread.

Not only fulfilled you @RatMan’s flamewar wish (flat keyboards. uargh. kill them with fire) but also extended the flamewar scope with the tactical inclusion of Apple computers

Apple is really not an option for me. Good or bad, I live in a Windows world.

@codinghorror designed a keyboard. If I had any need for one, I might have bought that. I also quite liked the idea of that Noppoo Choc mini.

But I have no need to buy a keyboard. Haven’t owned a desktop computer in getting on for a decade, have some bog standard Dell keyboard at work, and I’m not spending my own hard earned on one when they provide one, even if it’s not very good.

So many of my friends suffer from carpel tunnel that I expect a good keyboard, even at work. I’ve grown very accustom to Microsoft ergonomic keyboards…even the Logitech Wave or whatever was unpleasant to me.

I started typing at 8 on a portable manual typewriter, and I still have to say I think clicky keyboard fetishes sound like something that needs to be worked out through therapy.

Not in the market for this, then? 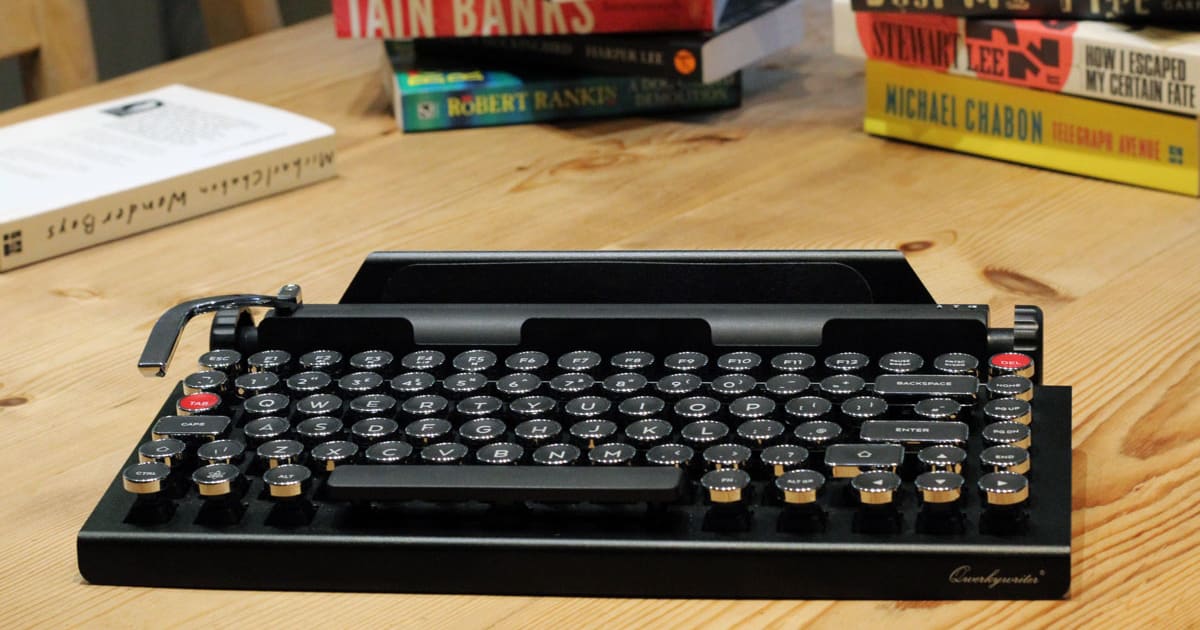 I am sorely tempted to get myself a proper mechanical keyboard for my birthday this year though I have been happy with the membrane keyboards so far.
I do hear praise for the Das Keyboard from my mudding friends.
Right now I have a microsoft wireless 2000 on the personal machine and a bog standard microsoft wired 600 for the work machine at home, at the office it is a dell keyboard. Of the three I probably like the 600 the best.
I miss the comfort curve 2000/(3000 for wireless) that died from a water accident. Those were so nice. just the right ‘ergo’ curve to them for me, full sized Fkeys and some simple media keys. If there is one thing I have come to hate about current keyboard layouts it is the stupid tiny Fkeys.

I used for a long time clicky and tactile Cherry keyboards, they are comparable to IBM’s M. They are noisy and I don’t like/need/want the CLICK but the haptic feedback. So it’s still Cherry, but the line with silent tactile switches.

I do hear praise for the Das Keyboard from my mudding friends.

they use Cherry switches ; )

I grabbed about a dozen Model Ms maybe 20 years ago from an employer who went belly-up. I figured that many would last me the rest of my working life. Stupid me, I gave several of them away over the years. I’m down to my last one as of this morning.

Do you have to buy ribbons for it?

I think clicky keyboard fetishes sound like something that needs to be worked out through therapy.

Could be. My first real job was as a typewriter repairman, and that clacky-clacky-clacky noise is embedded in my psyche. To this day I can diagnose a misadjusted IBM Selectric by sound alone. Perhaps I have an unrecognized fetish!

Its just a usb keyboard. You can plug it into a PC. I’ve done it.

I don’t like/need/want the CLICK but the haptic feedback. So it’s still Cherry, but the line with silent tactile switches.

Cherry MX Brown is probably what you’re looking for. I have those on my keyboard at home, a Nixeus Moda. (*) It’s a bit goofy looking, but it’s the “tenkeyless” layout which I need for my space limitations, and feels really good but is relatively quiet. I added O-ring dampers which also helped slightly with both the sound and feel.

(*) technically that keyboard has Kailh brown switches, but those are 100% identical copies of Cherry MX Brown.

At work I’m using a Logitech G710+, which is overkill and a little clickier than I’d like, but also feels good.

I got a Razer Death Stalker second hand off my brother when he bought a mechanical keyboard for himself. I like it. Mainly because the keys are backlit bright enough for me to actually get my hands on the homerow in complete darkness.

@daneel That actually looks supercool, but it’s $400 and it’s only for i-gadgets…

I miss my super tappity loud old clicky clack keyboards. These new mushy ones are like trying to type on a rotten melon.

Years ago Woot had a special on Razer Lycosa keyboards.

I bought one and loved it. So now I have three of them. One for home, one for work, and the third is a roaming spare.

Every now and then they get a drink spilled or something and I take a day opening them up and cleaning them out.

They have a real 10-key, all the keys glow in the dark, and I’m fast on them. Also the wrist rest can be removed. I don’t use any of the gaming functions they have.

Never seen the keyboard I want. Not too fussed about the switches (hell, I’d even take a membrane job) - it’s the layout I’m talking about.

Qwerty, but without the rows being staggered - I want them in a grid. And I want a mirrored (except the numbers themselves) numpad on the left, where it bloody well should have been put in the first place. Fuck WASD for gaming, and fuck not having the typing keys in the middle of the damn keyboard. As for the staggered rows, I’ve always hated that - surely I can’t be the only one?

Fuck WASD for gaming, and fuck not having the typing keys in the middle of the damn keyboard. As for the staggered rows, I’ve always hated that - surely I can’t be the only one?

I game with one of these: 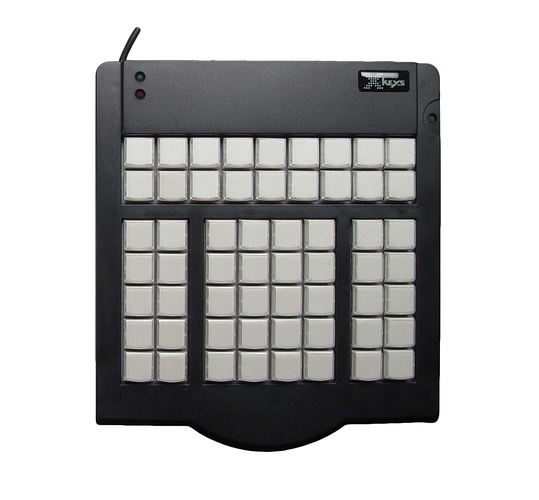 It’s kind of old now, but the keys are clicky, it’s USB, and I can program any key to any mapping. I’ve got one button that’s Jump+Duck+Forward. Very handy in Half-Life.