hahahahaha, $169! This is a joke, right? Make sure you plug your computer in with this gold plated plug!

If you work with a keyboard all day long, then that’s a small price for getting it right.

Loved my Matias Tactile Pro keyboard which also used microswitches and was so much better than anything Apple have ever thrown into a box. And then my bosses moved us to an open plan office - that keyboard had to go. Sniff…

But what do I see? Matias have a QUIET mechanical keyboard - time for my Apple keyboard to undergo a uncontained coffee keyboard excursion event… 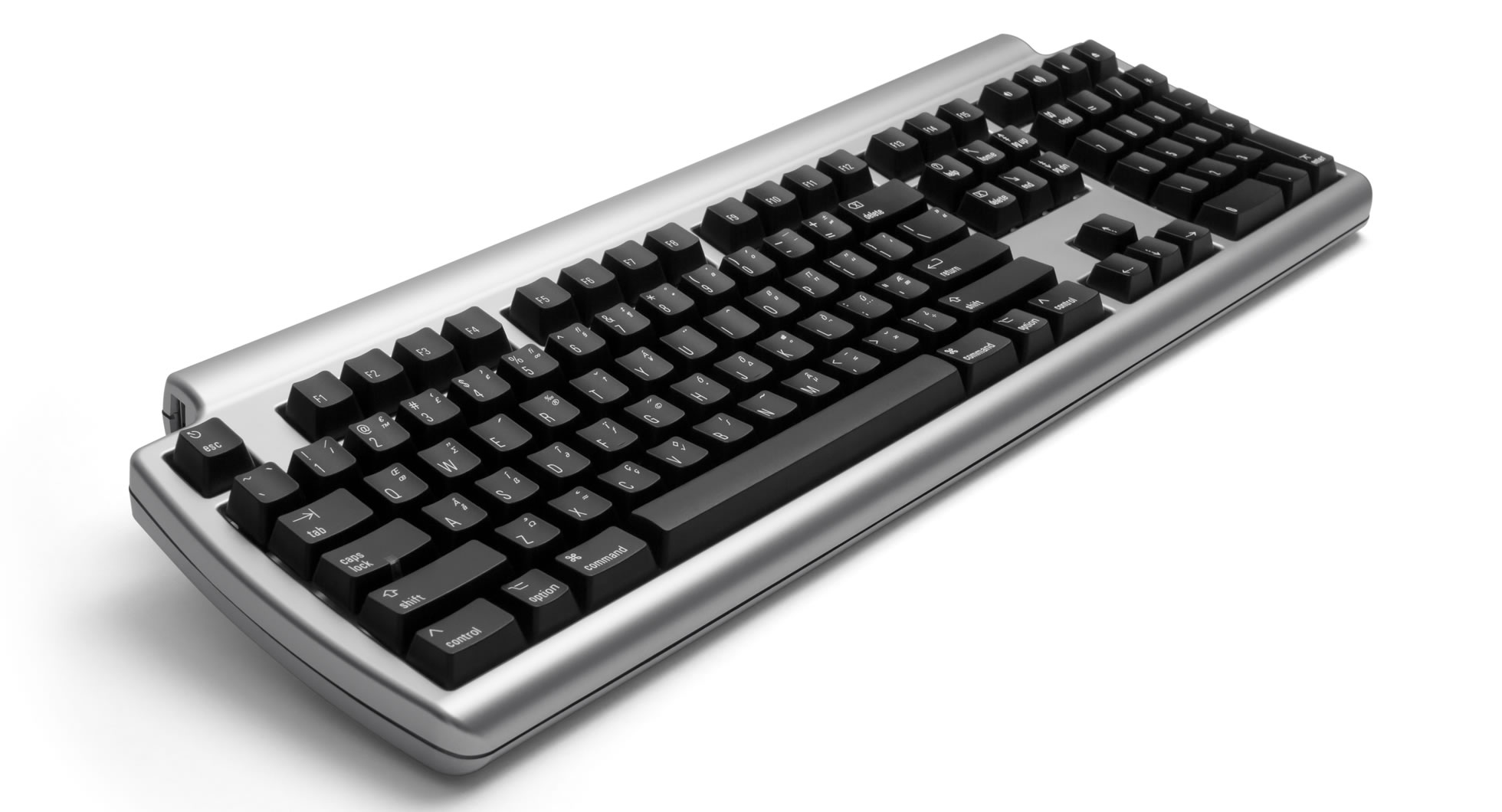 $169 is only a little overpriced for a good quality keyboard. Individual keyswitches cost money.

I would direct anyone looking at the Das to any number of superior alternatives, also with Cherry MX Blues — WASD Keyboards, Rosewill RK-9000, CM Storm XT. These are much sleeker, fine quality, and usually cheaper. I’m very happy with the Rosewill RK-9000 — unbelievably solid.

It is better made than cheaper keyboards. I bought one after having yet another rubber dome keyboard fail on me and it has worked well so far, to the point where I am finding laptop keyboards slightly annoying.

If rubber dome works for you then great, stick with it, but that doesn’t mean it will work well for other people.

I got myself a Max Blackbird tenkeyless with individually illuminated keys and Cherry MX Brown switches, to replace my old Model M. It is awesome.

Das Keyboard has a quiet (Professional) version as well.

The quiet keyboard isn’t silent, which might be a problem.

tribute to the IBM Model M keyboards – the indestructible, springy,
clicky keyboard that was prized and hoarded by professionals for years
after it was discontinued.

What is this “was”? Model M’s continue to be prized, hoarded, and used by people who care about their typing experience. There’s also still a vibrant used and refurbished market for them on Ebay.

(typed on my model M)

Several years ago, the Das Keyboard was one of the only good options to buy a modern mechanical keyboard. Since that time though, the market has really expanded, and there’s an ever-growing number of better options out there. My first Das Keyboard was from 2008, and it lasted me until last year when a couple switches started going bad. Had I known how many better options were out there (often for less money), I would’ve ditched it even sooner.

The first and more blatant problem with my Das Keyboard was a known issue (that I didn’t discover until years later) where typing too quickly would cause letters to be transposed. I thought for the longest time that I was just mixing up letter myself by being sloppy, but no - it’s a real problem that somehow got overlooked during production. Then there’s the USB hub, which caused a whole host of its own problems; sometimes devices wouldn’t work, sometimes I couldn’t use the keyboard in BIOS, and sometimes I had to move the keyboard to a different port after booting into Windows.

If you’re seriously interested in looking at a mechanical keyboard for yourself, check out the /r/mechanicalkeyboards subreddit. Tons of good information, and you’re going to save money and be happier compared to buying a Das Keyboard for the price they’re asking.

The “modern” keyboards are a crap with silkscreened conductors on foil matrix and rubber domes that feel like mud.

The clicky mechanical spring keyboards are way superior. But beware of immitations, which are the silkscreened crap with merely the rubber domes replaced with metal springs. Which is only slightly better.

The best kind are keyboards on real circuitboards, with real individual mechanical switches. These are worth their weight in silver, and are friendly to being repaired when one of the switches wears out; either by replacement or just switching it for some less used one (F12, I am looking at you). I used to have one until it got too worn out to be repairable anymore. And I still curse myself for not buying three while this design was still normal. It was before they learned to make them cheap, so they had to make them well.

These days the best on the markets use the Cherry brand switches. These switches come in a range of color-coded push-strengths.

Too bad there aren’t good replacements for laptop keyboards… (Though that may be doable if the lid hinges are modified to add the inch needed for the screen clearance.)

True, but the “quiet” model of the Das Keyboard is inferior to what Matias offers for a number of reasons. First of all, Brown switches (often touted as a compromise between the tactility of Blues and the noise of Reds) have nearly no tactile feedback during actuation. The only time you can really feel anything with them is when you very slowly and deliberately press a key with the sole purpose of trying to find the tactile bump. Once you actually get going, it’s completely indiscernible.

Matias’ quiet click switches, by comparison, have more tactile feedback than any switches Cherry offers. They’re also significantly quieter than using Brown switches, as they use rubber dampeners to limit the noise from bottoming out on the keyboard. Matias has some sound clips on their website if you look at the Quiet Pro keyboard, and I can vouch for their accuracy having used all of the keyboards/switches they sampled in their recordings.

IBM spring reflex keyboards were never discontinued. They continue to be sold by one of the original contract manufacturers, Unicomp. The price is half of that one and they work great. The day I bought my first one was the last day I ever felt any carpal wrist pain. When mine get all boogered up, I soak them in some detergent in the bathtub, let them dry completely, and they’re like brand new. I have about 4 of them. They’re available at http://www.pckeyboard.com/ .

I have a CM storm tenkeyless with brown switches. Affordable and very effective.

And if tactile works for you, be prepared to never be happy typing on someone else’s keyboard ever again.

A year ago I sprang for a Filco with Cherry Blues, and now every other keyboard in the world is a horrible, plasticy mushy-keyed piece of crap. Still doesn’t rival my old (and very dead) Model M, but nothing does.