Honestly. People have such dirty minds 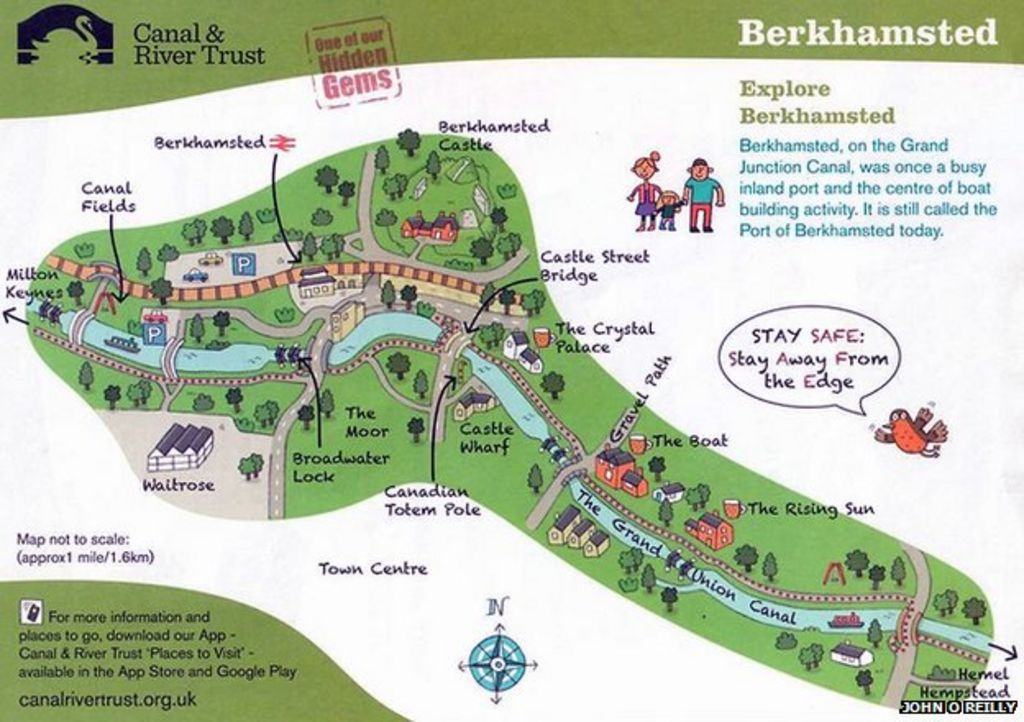 A tourism map created to guide visitors around a Hertfordshire town is mocked on Facebook for resembling a penis.

The ol’ Grand Union Canal, so that’s what kids are calling it these days…

This street in Oxford was rife with prostitution in the middle ages, and shows on a 1230 AD map as “Gropecunt Lane”

My first impression was that the map reminded me of the planarian diagrams in grade school science books.

There is still a Tickle Cock Bridge.

Tickle Cock Bridge is a pedestrian underpass in Castleford, England, under a railway line originally built by the York and North Midland Railway between York and Normanton. Built in 1890, the thoroughfare now connects the town's main residential area with the Carlton Lanes Shopping Centre, and is used by 50,000 pedestrians each week. The original Victorian structure, described by the shopping centre's manager as "small, narrow, very low and gloomy" and "frightening to walk through", was replaced ...

Is that your Broadwater Lock, or are you just happy to see me?

“Honestly. People have such dirty minds”

And this is a problem, because … ?

Gropecunt lane was an extremely common street name in England, but the Victorians renamed most of them. They usually used a new designation that includes ‘Grove’ or ‘Grape’ or ‘something Passage’, so traces of the original remain. “Gropecunt” was also Threadneedle Street’s original moniker —which would make the Bank of England’s address much more entertaining …

So that’s what the kids are calling it these days.

If they could rename it now, I’m sure Threadneedle Street would become “Back Passage”

This topic was automatically closed after 917 days. New replies are no longer allowed.