Hot mic senators: Trump is "crazy" and "I don't say that lightly"

I’m sure Trump will respond to this report in a calm and reasonable way that puts both their minds at ease about the state of his mental stability.

Ignoring the golden shower rumors for a moment. He seems like the kind of guy that would pee on a subordinate in front of others as some desperate attempt to be the alpha dog. I bet he already “accidentally” nailed Chris Christie at the urinal just to see how satisfying it is.

He’s demonstrably delusional, in that he regularly asserts that verifiable facts are false (and vice versa)

In other words, he’s a liar.

It wasn’t a mistake.

I’m not crazy I’m the sanest person there is. No one is saner. Trust me.

“if we don’t get a budget deal, we’re going to be paralyzed.”

I would need to be barking mad not to see the current president reacts like Anoplolepis gracilipes F. Smith, 1857 to disturbances. He possibly shows other similiarities as well, and I am not referring to tarsi.

Witticisms aside, sane as the next Homo sapiens he might be, but, and I don’t say that likely, _what the hell is wrong with us as a species, as a society, and as individuals to be this destructive? 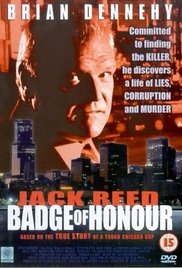 …who wields enormous power and could cause immeasurable harm if he were to abuse it.

I read this and pictured Scaramucci saying, “those are some nice Senators you have there… it’d be a shame if anything happened to them…”

People in the U.S. often use that word when they seriously doubt someone’s mental stability, a context in which they’re also signaling that while they don’t know just what the specific disorder could be, there does appear to be one.

We need a new word that means crazy but not in a mental illness sort of way, but in a “divorced from reality, living in their own bubble of self-induced weirdness, and fucking everyone else over” sort of way.

Yes. a short-hand word for that plus extremely selfish that doesn’t have the mental illness connotation.

I don’t know if Trump has a mental illness, or several, though I would not be surprised. But he definitely has some very messed up mental hygiene- he seems very good at lying to himself. He seems really good at telling himself stories and believing his own stories, regardless of any and all evidence to the contrary. Is that a symptom of mental illness? No idea. But even if it is, he has chosen to spend his whole life re-enforcing that dynamic in his own mind.

craze - First a crack or flaw; to craze is to produce minute cracks on the surface of pottery.

Talking aboout pol-pottery is not any better.

So yes, not “a description of a defined mental illness,” but often a suspicion that a definable one exists.

Exactly. I have had relationships with unstable people. I never diagnosed them, nor did I intend to when I tried to describe the problem to friends and family, so that I could figure out what to do. But knowing that something exists, even if you don’t know specifically what it is, is extremely useful information. You have to have it. You cannot simply say, “I reserve judgment and will not say a thing about this person’s mental state.” No. Their every action is affecting you, and your unskilled, shorthand notation might be “they’re crazy” or “they’re mentally unstable” or “they need counseling” or any of a hundred different ways to denote mental disorders that have risen to the level of needing to take a personal action to guard against them and try to steer the person towards getting the help they need.

Mental health is not taken seriously in the USA. And people often do casually throw around the term crazy and nuts and lots of other words. But the dividing line is when their actions have a negative effect on others. And at that point, if the others don’t have the specific training in psychology, they don’t have much choice but to fall back on the old, familiar, colloquial terminology to describe the problem and try to get help.

These senators were talking privately about strategy to deal with the problem in the Oval Office. I see nothing wrong with what they are doing because they are trying to deal with a tough situation that the Rust Belt has put the whole country through. We have got to find a way to deal with this man, show him the door, and get him the help that he needs on an island far, far away, like on the Moon or perhaps on Pluto.

So yes, not “a description of a defined mental illness,” but often a suspicion that a definable one exists.

It seems to me that they usually suspect a personality disorder rather than disabling psychiatric illness, however. It would be nice if we could more clearly differentiate the two.

I’m afraid he’s not crazy. Rather he knows full well what he’s doing and he means to.

I’m afraid he’s not crazy. Rather he knows full well what he’s doing and he means to.

I have to disagree when he talks to Boy Scouts about sex yachts and awesome dinner parties he attended. In cases like that, he doesn’t realize what he’s doing.

He is not in full charge of his faculties. Can people not remember the campaign and all the crap since then?

I have to disagree. He knows full well and thinks that’s how you should behave.