Well now that just made my day…

Here’s to the new US caste system. Hopefully I get to be a Brahmin and not an Untouchable.

As a person with an massive history of “pre-existing” medical events (20 yr cancer survivor resulting in radiation damage, long term side effects, etc) my husband’s health insurance keeps asking him to “volunteer” medical histories/questionnaires on me, not him, only me. I refuse. Well, this news does not look promising, in-fact, it makes me a pretty scared. 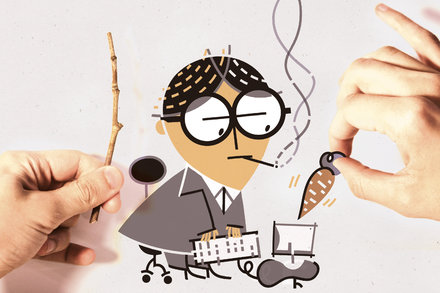 Programs to keep employees healthy are popular with their employers, but the evidence of their effectiveness is very thin.

Well the programs are just a way to penalize people so they pay more - from the article:

Wellness programs can achieve cost savings — for employers — by shifting higher costs of care onto workers. In particular, workers who don’t meet the demands and goals of wellness programs (whether by not participating at all, or by failing to meet benchmarks like a reduction in body mass index) end up paying more. Financial incentives to get healthier sometimes simply become financial penalties on workers who resist participation or who aren’t as fit.

This is just a way to double down on the only part of the program that actually saves companies money - because it has a nice name (oh a “WELLNESS PROGRAM” it must be to make you “WELL”) it gets through.

It would be more honest if they named it like the healthcare bill:

THE 2017 GREATEST PLAN TO MAKE YOUR EMPLOYEES PAY MORE OF THEIR HEALTH PREMIUMS BY USING SHAME AND INNUENDO ACT!

What are the chances GOPers will pass bills requiring all politicians to be subjected to intelligence or empathy testing?

I have decided to license my genetic information under the Creative Commons Attribution-NonCommercial-ShareAlike license.

Maybe i should get it tattooed onto me.

So are Republicans these days for freedom or… what?

I was gonna type something funny(ish) about moustache twirling and MWA-HA-HA, but seriously, WTF? The GOP, everybody.

You know who else believed in mandatory genetic screening by private businesses in order to keep a healthy work force?

Wait till 'murika finds out.

Thank God President Trump is President, and us Republicans don’t have to pretend to be libertarian any more!

So are Republicans these days for freedom or… what?

We are. Corporate Citizens and other Job Creators have been held in chains by morality for too long!

It’s a good thing that only Planned Parenthood is a eugenicist plot; or this might have concerning implications.

Republicans: “We understand you’re interested in the Deluxe Executive Platinum Freedom™ package. Unfortunately, our records show that your donor level is far too financially deficient to qualify for that. Enjoy the Basic Freedom™ package that you can afford - featuring the freedom to purchase products from our corporate sponsors, the freedom to adhere to the teachings of our savior, Free Market Jesus, and the freedom to die starving in the streets of someone else’s city if you fail to maintain an acceptable level of productivity and relevance in the workplace.”

Story of my life.

This is exactly it, and I say this without any hyperbole, or sarcasm. The ideal of “freedom” for the right-wing thinker is the “freedom” for the rich to get richer, without interference, no matter how much wealth they already have. The end goal of every possible proposal is to further this aim. In so much as they care about supposed moral issues, it’s just a lure to get people to support policies that benefit the rich.

You now see the supposed party of “faith” supporting the least Christian candidate that has ever run for office. He owns casinos. He admits to sexually assaulting women. Just like that - those supposed “Christian” values are thrown in the garbage, as being irrelevant, and will likely be far less important for the party going forward. What remains is the core belief. The rich must be taken care of.

All other human concerns are irrelevant. Go starve. Get sick. Go die.

So how do I get genetic testing done on my employees in Congress?

This morning the Republican party spewed forth a particularly egregious vomitus of offensive ideas, with some quotes from congresscritters that are giving me severe WhiskeyTangoFoxtrot moments, including the idea that men should not be compelled to pay for women’s prenatal care under any insurance plan, and men should also be allowed to force themselves on women if abortion is legal. I don’t even.