How are there always crumbs in the silverware drawer holder?

We’d get mega-crumbs when grown kids were in the house (gross) but now get occasional crumbs. The drawer is, of course, right under the most high traffic part of the counter, so I assume that despite our care, there’s just a higher chance of things encroaching with the constant usage the drawer gets.

We have the same issue; I’m liking your dishwasher theory. I usually look at the silverware as I put it away, but sometimes am in a hurry and might just toss it in. A crumb or two here or there adds up when we do a load or two of dishes a day. (don’t judge - there’s 7 people in the house!)

My silverware holder is on a shelf, at higher than working level, and it still gets crumbs. I have no idea how.

Yeah it’s gotta be elves. You might want to ask @beschizza what he’s been up to with your silverware

Related: The only thing a bath towel ever touches (besides the rack) is your clean body, yet it still gets dirty. HOW???

I thought it was common knowledge that the cockroaches carry them in.

Don’t worry, nothing is ever truly clean 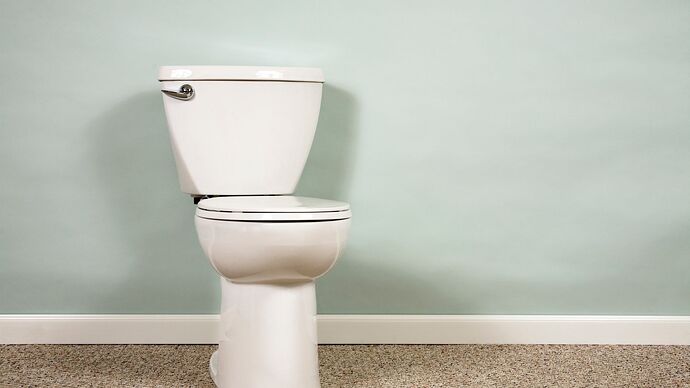 A Reminder That There's Fecal Matter On Practically Everything

And yet, you're still surviving!

Its where the cockroaches take the crumbs from your countertop for their picnic.

Well, not quite. As I understand it, cutlery on a basic level refers to knives, but at the time the word appeared this was literally the only cutlery in use in the relevant areas. Spoons existed, but made from wood and likely much more ladle-like than contemporary spoons. And when forks appeared, their purpose was as much for holding things in place while cutting as for bringing them to the mouth, so including them in the term makes sense.

But besides that, there’s the further issue that ‘silverware’ has a specific and different meaning that is still both relevant and currently in use. ‘Cutlery’ does not. So while neither word is completely accurate (as if any words are

) the source of my bafflement remains unchanged. Its similar to if one started calling all cars limousines, or all planes jumbo jets. It sounds to me like some sort of quasi-metonymic transfer, though a particularly weird one.

Of course this could all be bypassed by just saying flatware or tableware.

But flatware is also incorrect, as neither spoons note forks are, in fact, flat.

Haha! Or “personal food movers” (to differentiate from spatulas and other larger scale food movers).

most americans’ utensils are at least the COLOR silver, even though they are more likely a cheaper material. I personally got me some gold silverware (color, its not actually gold and was rather cheap) and i feel like i should call it goldware but that’s just weird.

I think most Western eating utensils are plain metal colored? There’s a pretty noticeable difference between (polished) silver and stainless steel though, even if both are metallic and shiny. Sure, it’s “silver”, but you might as well then call it stainless steelware.

“silver” is absolutely a color in the english language and not just a literal type of metal. Thats whats I’m saying. stainless steel is very much silver in color. 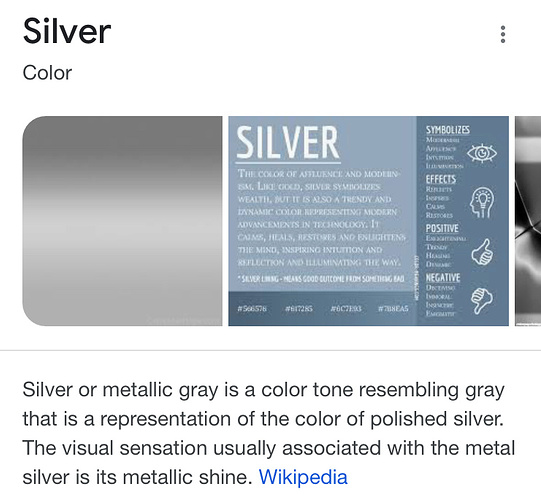 Yet stainless steel doesn’t look like polished silver, which is what your screenshot says. It resembles it, sure, but it’s not the same. Silver-ish? That works. I know that’s the commonly used term for grey shiny metal in general, but we were already halfway up Mt. Humorously Pedantic long before the color entered the discussion, so …