How did Pizza Hut lose its proverbial sauce?

Originally published at: How did Pizza Hut lose its proverbial sauce? | Boing Boing

Up here in the hinter lands of the High Desert, there stands a lone Pizza Hut, I shall never set foot in it.

Loving the image with surveillance-grade color, and some really sus photoshop work below the sign to remove something that would have ruined the pleasant psycho killer vibe.

One thing I don’t see discussed enough is how years ago, Domino’s decided to heavily invest in technology and essentially re-invented itself. This investment is apparently starting to pay off as PH struggles to keep up.

Now when it comes to their actual pizza, both are extremely sub-par and I would only order either of them as a true last resort. So many good mom and pop stores out there that still do real, homemade pizza. 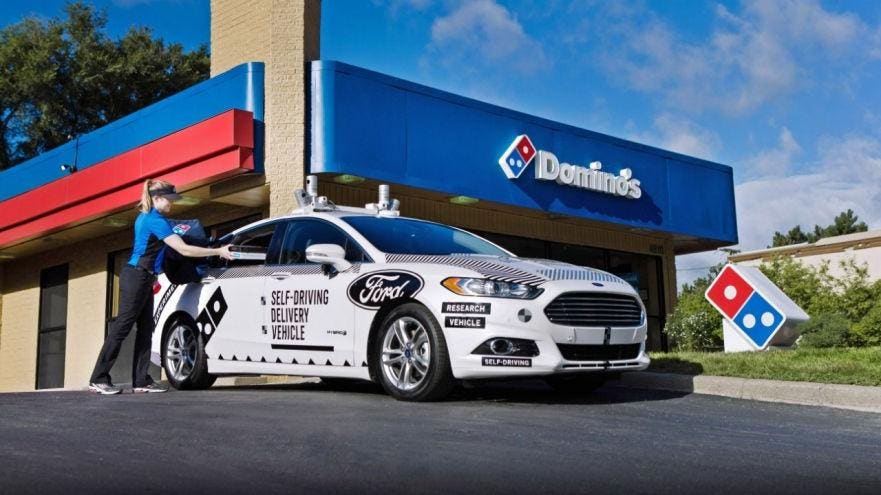 While many restaurant brands are just now jumping into the delivery space, Domino's is delivering to hot spots and testing driverless vehicles. The approach has led to 28 consecutive quarters of positive comparable sales, and its most recent quarter...

Native NY’er here, despiser of fast food pizza chains. Never once dined in a Pizza Hut and the only time I can ever recall having it was in Paris of all places, and it was delivered. I’ve had way more than my fair share of Domino’s though, and I believe your analysis and observations are quite on point: Pizza Hut being a dine-in experience that also offered delivery, vs Domino’s being a delivery operation that also happened to have tables. This makes a lot of sense. Now I feel like I need to got eat in a Pizza Hut before they go out of existence.

My parents didn’t care for Pizza Hut, and in high school, I heard enough horror stories from classmates who worked at the one store in town to turn me off of it forever. I mean, if the teenagers who work there refuse to ever eat the pizza… don’t eat the pizza.

Choosing to reserve the dine-in experience for classy joints like Applebees
Originally published at: How did Pizza Hut lose its proverbial sauce? | Boing Boing …

Good one. I laughed hard at that.

I NEVER understood pizza hut. In my suburban Chicago neighborhood we had one. I think I went in there once when a classmate had a birthday party there. It folded before I ever hit high school. Why would anyone go there when there were 3 local places that were infinitely better AND had the option for deep dish if you wanted. Neither myself nor any of my friends EVER had any sort of attachment to the place, and I’ve never understood its appeal, even in a nostalgic/ironic way.

First of all, domino’s sucks. It has always sucked and it probably always will. I end up sampling it with a group of people who insist on ordering from there a couple times each year. As the saying goes “the box it comes in tastes better than the pizza inside”.

I worked for Pizza Hut in the kitchen around 1992. The article is using the term “sauce” creatively and isn’t really musing about the actual sauce, but during my time there, the sauce was made by adding dry packets from a major food service company (like SYSCO) into a 10-gallon bucket full of canned tomato paste and stirred with an immersion mixer attachment on a heavy-duty power drill. At least until the drill burned out, and we had to do it by hand. The breadstick sauce was made the same way but with added sugar and possibly a different packet that mainly had more basil in it. As I was the only one who didn’t disappear for hours during his shift, left alone in the kitchen all day, I made lots of “Scooby Snacks” out of what was on hand. Mostly little pocket pizzas and such. Also did that when I cooked at Rocky Rococo. I gained a bit of weight, lol.

As a kid, Pizza Hut was what pizza was all about. And the default pizza was HAND TOSSED, which though not actually tossed like you see in movies and cartoons, was almost as thin as THIN crust which was saltier, cured overnight and pressed repeatedly so it would bake into a nice crunchy “cracker crust”. I also loved their original breadsticks which looked similar to pretzel sticks but tasted more like seasoned croutons. These were in the salad bar and were all-you-can-eat. Their modern breadsticks are simply a pan of pizza dough chopped into rods and smothered in garlic-margerine, and costs as much as a cheese pizza for no good reason.

The Hut lost some of it’s soul when they painted their red roofs beige. Ugh. Nowdays, the “default” is “pan” style. This is in no way comparable to a “deep dish” pie. It’s nothing but a wad of dough which has been swimming in a pool of vegetable oil all day in each pan. It’s stretched out at the last second, painted with a bit of sauce, and toppings are dusted atop it. It’s gross. How can you people eat that shiat?

I still eat at The Hut every now and then. Sometimes there will be one that runs a buffet special around lunchtime for a few months. Using what had once been the salad bar, of course. The salad fad ran it’s course years ago and isn’t a thing any more. If I’m ordering a pizza I get the “Cheese Lover’s” which also lets you choose two toppings to go on top. The chefs get tired of using the set of graduated cups to put precisely the right mix of cheese onto the pizza, so they just throw it on there by hand. You’ll often get more cheese than if you order “extra cheese” on anything else. Pepperoni and black olives are perfect, plus mushrooms if I’m feeling splurgy.

Pizza Hut is still going strong in Japan, in spite of being more expensive and not nearly as good as in America.

As the saying goes “the box it comes in tastes better than the pizza inside”.

We’re not going to make it as a species, are we?

Because not everyone lived in Brooklyn or in suburban Chicago and had ready access to higher quality options in the 1970s and 1980s?

Some of us lived in small towns or rural areas where we did not have good access to “authentic” pizza shops?

Pizza Hut is still going strong in Japan, in spite of being more expensive and not nearly as good as in America.

I attribute that to their parent owner Yum! Brands who have made it a point to market in Asian countries. Look how strong KFC is in Taiwan, Japan, etc.

See also coastal people asking “Why is Red Lobster a thing? Why not go to your local fresh seafood restaurant?” ignoring that in places like the Midwest such things don’t exist.

I’ve never seen a Domino’s with tables. Does such a thing exist?

I suppose a corporation has to try and impose itself everywhere, right? But yeah… I’m from Oregon, and even I’d heard of Chicago deep-dish pizza. The one time I got to visit Chicago, for a day, we went to a local place for exactly that. I could have eaten Pizza Hut at home, or anywhere else.

They certainly can! Most have high dining shelves and stools, but many also have tables. My first true relationship with Domino’s was when I went to college in Providence RI and lived a couple blocks from a tiny Domino’s that had one table and four chairs and a payphone in front of the order counter and register.

Here’s one today (also in Providence) with tables: Google Maps

As a kid, Pizza Hut was what pizza was all about. And the default pizza was HAND TOSSED

This is one of my gripes about “memories” of PH. Almost nobody remembers the “before times” of the 50s, 60s, and early 70s, when it was “decent” pizza (before bucket ingredients), and saved folks from tons of work at home.

Devin Nealy: Remember when I said that a trip to Pizza Hut was sacred? As it turns out, that’s what doomed the brand. Too many Americans associate Pizza Hut with dine-in service, whereas Domino’s and delivery have been synonymous for decades.

In Wichita, KS, Pizza Hut actually had those big panel vans like SWAT teams used to use, with either ovens or heating racks, a bunch of pre-made pizzas, and a two-way radio. The restaurant would field calls from folks willing to wait less than an hour for a non-specialty pizza around dinnertime, and radio the truck, which would add the new address to their route. Piping hot pizza in less than an hour!

In my suburban Chicago neighborhood we had one.

That’s a very location specific view, though. I mean, yeah, when my options are say Lou Malnati’s or Leona’s in Chicago or Tenuta’s in Kenosha, I can’t imagine choosing to go to Pizza Hut or really any other national chain. (I also don’t understand how there are Taco Bells in Chicago.) However when I was growing up in small town North Carolina there weren’t really other viable options, so mostly it was Pizza Hut or no pizza at all. Although you could always get a Chef Boyardee “pizza” kit and make it at home; that’s still a thing, right?