How Harley-Davidson killed itself

HD should have died during WWII, but they turned to profiteering. Indian–the dominant maker at the time–switched all of their production capacy to make bikes for the war. HD only made the minimum required amount. Because of that Indian dealerships had no product to sell and one by one went under. HD, who had civilian bikes to sell slowly took them over. By the time the war was over and people were interested in buying bikes again, Indian was on the ropes and HD owned everything.

The person in the video is Ryan Kluftinger, better known as RyanF9. Aneesh Shivaneker is Ryan’s parter behind the camera.

All those biker movies in the sixties and early seventies (think Peter Fonda, Dennis Hopper, and Jack Nicholson) created a flurry of interest, but those fans have aged out of bike owning. The yutes seem to prefer [asian] crotch rockets, which cost less and go faster, anyway.

In the early 90s, I fantasized about buying a Sportster. But by the time I had a job and could actually go buy one if I want, I didn’t want to be associated with H-D. If I was on a Harley, people would see one more white asshole. While on a Japanese bike, I’d be relatively anonymous. And Japanese bikes were less expensive and much better. And, for me anyway, a bike under 750cc is just a lot more fun and practical. 400lbs is enough to pick up if you drop it. The insurance is cheaper.

Now, I wouldn’t be caught dead on a Harley. They’re like wheeled barcaloungers for Fox News fans. That’s the cost of turning your product into a signalling device. And, sadly, a lot of the elderly yobs who want to signal now find it easier and more desirable to signal with firearms. (Excluding automotive signalling; that won’t go out of style in America until the oceans cover the last Ford truck.)

A number of older field guys at my work are lovers of HD bikes and i’ve just never really fully understood the interest in it even after picking their brain. Riding does sound like a chill passtime and going out to visit some cool places is likely part of the draw but i don’t see why that becomes such a specific “riding on a harley davidson” activity that can’t be accomplished with other means.

Because if you ride something really sensible for touring like a Honda NC700 or CTX700, you might as well be a woman. If you ride a BMW, Ducati, or something like that, you’re a metrosexual or for the monosyllabic a “fag.” If you ride a Japanese bike, they’ll call you a ricer and threaten to dump your bike in a dumpster (an empty threat, because they’re already wearing a truss from carrying around that belly). Or, less angrily, because they’re afraid the other guys will make fun of them for not riding a “real” bike.

If they even want a motorcycle. Cars are more accessible than ever, smaller scooters still fill the need of inexpensive small local transportation. Ebikes fill the need of scooter riders who want to look like they are working. As cars have gotten safer the already intrinsically dangerous motorcycles compare even less favorably. Motorcycles used to be cost effective transportation as well as a lifestyle purchase. Now the latter is by far dominant and Harley chose to be the lifestyle brand of old white assholes who are now checking into nursing homes or funeral homes.

I wonder if/how people’s changing views on noggin safety factor in? Speaking anecdotally, it sure seems that folks in their 30s and 40s might be a little less eager to get on motorcycles than a generation ago, with the upcoming generations only accelerating that trend.

More than “kinda.” It’s like using “beaner” to describe something or someone from Latin America.

I remember hearing the Harley tried to copy write the sound “potato potato”.

When I was a student at Penn State 25 years ago, I visited its anechoic chamber and talked to some of the engineering students there. They said that HD had approached them to help maximize the apparent volume of the sound coming out their bikes in such a way that it would technically satisfy noise ordinances, but still be as obnoxious as possible. The lab declined to help, but that told me everything I needed to know about the company and their patrons.

Yeah the noise level of the bikes is basically the acoustic version of “rolling coal”, it’s beyond stupid and annoying and i can’t say i’m sad that HD is going away.

“riding on a harley davidson” activity that can’t be accomplished with other means.

There’s a very specific “Riding Harleys” thing that has very little to do with actually riding a motorcycle. To the point where a lot of those guys are actually driving a car or truck to go to the Harley thing.

It much more closely resembles a fandom or convention thing. Like conservative cosplay. The area I live in and where I spent a lot of time bartending has a couple of roads that are for some reason famous runs for the Harley guys. Come good weather you’ll get hundreds of them coming out in groups.

And while you might not actively be on a motorcycle or even know how to ride one. You have to be fully decked out in Harley branded biker cloths, blue lives matter shirts, and NRA signage.

You’re also apparently not allowed to tip and have to complain about drink pricing so angrily that places either have to offer you specials or ban you to avoid problems.

And oh god if a black guy shows up.

It is very funny to see the loudest most leather bedecked beard monster in the group climb into a Honda Civic.

As for “living fossil” motorcycle companies, I really like Ural motorcycles. They found an unique niche and managed to stay afloat offering classic sidecar motorcycles (they even still have kickstart which is currently rare and awesome, IMO):
https://www.imz-ural.com/gear-up-sahara
Recently they even made an electric prototype:
https://www.imz-ural.com/electric
I own a sidecar Dnepr (very similar to Ural). It’s really fun to ride in rough terrain and feels like a machine from another age.

It was WW1 when Indian sold all their bikes to the army and lost many dealers, not WW2. So while it seriously harmed the company, it can’t really be blamed for their 1953 bankruptcy.

“One of their best selling models is a giant mobility scooter” 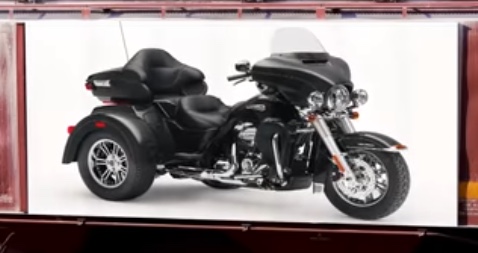 Dang these are dope, not a motorcycle guy myself but if i was inclined to get something it’d be something of this exact type of aesthetic.