How to Draw a Black Lady

This brings up a question in my mind, and this is mostly I guess a question for black and/or latinx people, but how would you rate the portrayal of people of color in 100 Bullets?
It being an exaggerated noir allows for a certain amount of caricature, but does 100 Bullets veer into racist portrayal? I’m honestly curious and interested to hear what you think.

A good primer. I am so out of practice I struggle with stick figures

Also, send this to all the Japanese and Korean animators. There are more than one examples where some caricatures makes an eye squint/twitch.

A quick shout out that Navaan from Oglaf is drawn well, sexy and Fun, without stereotypical exaggeration.
Oops, someone with a magnifying glass spotted a nipple. Blur spoiler. 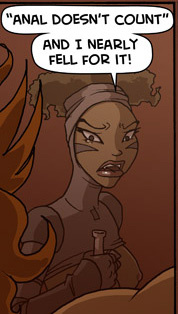 LIke 3-4 times I year I go back and catch up on what I missed. I think I am over due.

As a comic colorist, I have occasionally received emails and texts from people asking me to add in palm/lip colors to black characters.

It’s a tricky thing, because as “How to Draw a Black Lady” mentions, if you add an extra level of detail to just the black characters it can sometimes draw the wrong sort of attention to them and distract from the focus of the story. Sometimes I color palms separately, sometimes I don’t. Depends on the art style for the most part.

I am reminded of something in How To Read Cartoons, where Scott pointed out the usage of detail especially in the Japanese style: less detail makes the character more relatable, whereas more detail makes the person or object exactly that: an object, and no longer a part of the reader. It has something to do with how we really don’t have a sharp image of ourselves, and a sharper image of the world around us. Keeping that consistent across the ethnic and morphic lines* is simply good practice. Adding detail makes it something seen, not felt.

*I really want to avoid the hoary old term “racial”. To me, there is no race, it’s all ethnic divides based upon superficial appearances. 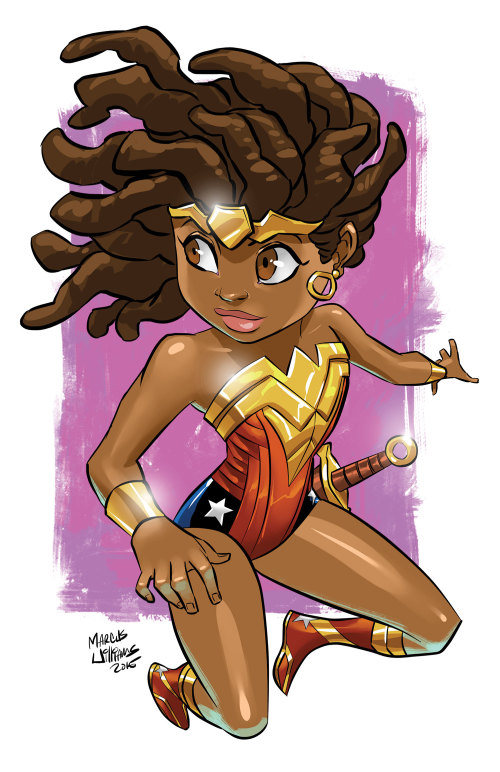 I really want to avoid the hoary old term “racial”. To me, there is no race, it’s all ethnic divides based upon superficial appearances.

I suppose that’s fine if you just want to spin around in your own solipsistic little universe.

Good luck, though, trying to tell a black person that what they think of as their racial status is instead an “ethnicity.” Especially given that, iirc, that term was originally created in order to distinguish provisionally white people (Irish, Jewish, Greek, etc) from more fully white (“Anglo-Saxon”) Americans.

This post is interesting to me personally, as both a Black woman and an artist.

When I was a little kid, I pretty much only drew White people, because that was pretty much all I saw on tv and in the movies. And then my own mom and Gram are/were White, as well; so that definitely factored into my limited view of the world at that time.

Then one day when I was around 8 years old, some classmate or another asked why there were no Black people in my drawings, and I had a personal epiphany; even at such a young age, I knew it was because there wasn’t enough representation of Black folks in the mass media.

So I shifted my personal artistic focus; I started actively drawing Black people, as well as other people of color, in general. 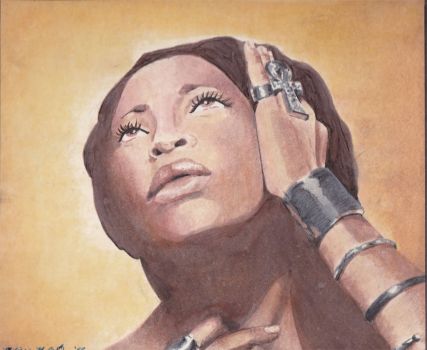 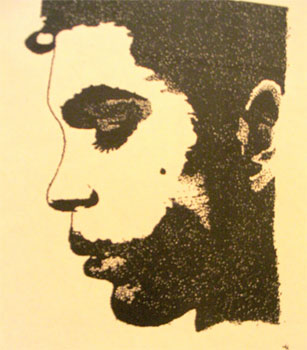 Wow, that last one looks like some of Hugo Pratt’s more realistic stuff.

Thank you for sharing, both your experience and your work – which is fantastic.

Aside from the problem of representational lack, have you also struggled with the kinds of race-based caricature vs. realism issues described in the OP? (Maybe not, since your work serms to be on the realism side of the scale, and certainly not the more abstract, cartoonish side?)

Thank you for sharing, both your experience and your work – which is fantastic.

To answer your question, I personally don’t really have an issue with caricature, because that’s never really been my strong suit, anyway; you’re correct that my style is more realistic, and even my comic art isn’t too exaggerated. 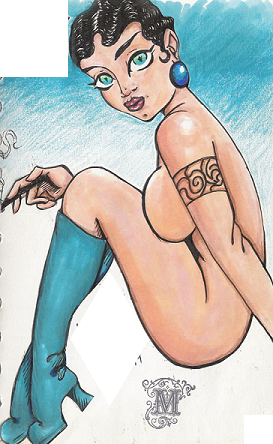 As a personal story - one of my first freelance jobs was a for a guy who wanted to open his own barbershop. He wanted a guy with a big afro just in the process of getting it cut down (like a chunk taken out of it).

I struggled with getting something “realistic” yet “cartoony”. The guy in the chair I thought I did OK on, but he guy cutting the hair - not so much. So I did just as the other comic linked in the article suggested - look at real people. I can’t remember what I used for a reference, but it helped with getting face proportions right.

In hindsight, still not happy with it. The client gushed about liking it, although I never got paid (though I don’t think he ever opened up his own shop either - at least not under that name). And while I still dislike it for technical reasons, I think I succeeded in not repeating any tropes. (Well, other than the afro, but that was the client’s request. As the guy said, “We make the rules so we can break them.”)

Still - moral of the story - look at real people. References will enhance what ever you are working.

Great stuff, @Melizmatic! Thank you for sharing you art with us.

Thank you, for the positive feedback. 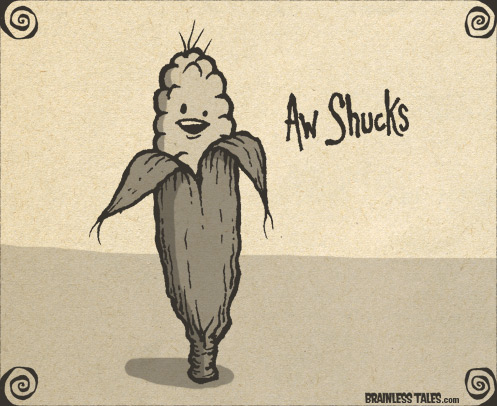 it is one thing to understand that “race” is a social construct and has no scientific meaning. i consider that heartening for the long-term future of our species but using that notion as an excuse to pretend that racism is no longer a thing or even worse using that notion as a way of marginalizing the lived experiences of large segments of the population is as as reprehensible as it is ridiculous.