How Twisted Sister got that cameo in 'Pee-wee's Big Adventure'

Originally published at: How Twisted Sister got that cameo in 'Pee-wee's Big Adventure' | Boing Boing

You have to admit, Reuben’s Pee Wee character is an inspiration to many.

That movie shaped a lot of people of my generation, and I’d like to think it was for the better.

I’ve never been a fan of Twisted Sister, but damn I love Dee Snider. He’s like the anti-Gene Simmons.

Pee Wee’s Big Adventure is currently airing in the US on the THIS network, crazy. 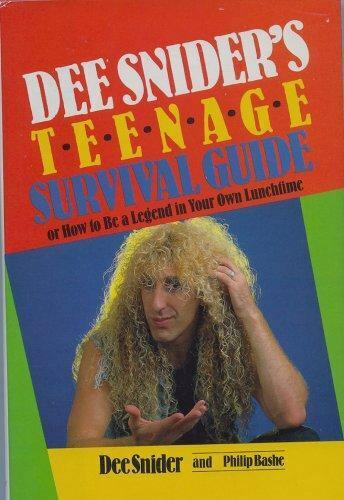 it had stuff like sex ed, suicide hotlines and etc but mostly this book was him telling good stories about things that happened to teenage Snider (often embarrassing), how he dealt with it then, and his perspective as an adult. for example, his dad was really actually just like the dad in the “We’re Not Gonna Take It” video. as an adult he realizes that his dad had issues that he was trying to offload onto his family. and he still loved his dad, but learning that his dad yelling and finding fault with everything he did, it didn’t mean it was necessarily true. when I read it as a 12yo, I was like “this is just him telling stories.” it was entertaining, but the real “guide” was his reinterpretation of his past.
plus he’s a hero for his testimony against the PMRC.
@Elmer I wasn’t particularly a fan, I liked the hits but never got the albums or anything. but I agree, all the above plus being in the movie made me more of a fan than the music ever did

like the interviewer, i can probably quote every line from that movie. that and the Princess Bride are infinitely quotable. also, Dee Snider rocks.

I remember seeing that HBO comedy special Snider mentions, must have been 1981, Pee-Wee with three or four other comedians, most of them doing pretty risque adult stuff. Pee-Wee did prop comic stuff but was pretty good.

Is Pee Wee Herman having a renaissance of some sort?