How two Polish doctors saved 8,000 people from the Nazis by faking an epidemic

I’m grateful that whoever makes these posts leaves enough information for me to google up the thing without listening to the damn podcast.

Like I have that kind of time. I have children! And dogs!

Eugene Lazowski born Eugeniusz Sławomir Łazowski (1913, Częstochowa, Poland – December 16, 2006, Eugene, Oregon, United States) was a Polish medical doctor who saved thousands of Poles during World War II by creating a fake epidemic which played on German phobias about hygiene. By doing this, he risked the German death penalty, which was applied to Poles who helped Jews in the Holocaust. Before the onset of World War II Eugeniusz Łazowski obtained a medical degree at the Józef Piłsudski Univers...

This happened in 1939, before the “final solution” was a fixed plan - until about 1941 the official objective of the Nazis was expulsion (combined with forced labour) and not annihilation. I think it’s credible, but I didn’t looked deeper; the WP article linked above is sparse with references.

[quote=“Col_BatGuano, post:3, topic:69427, full:true”]
Wait, wait. So the story here is that the Nazi’s would not kill jews who tested positive for typhus? Just close the area?How is that even remotely credible?[/quote]

From the Wikipedia article linked directly above you:

Jews who tested positive for typhus were summarily massacred by the Nazis, so doctors injected the non-Jewish population in neighborhoods surrounding the ghettos, knowing that a possibility of widespread outbreak inside would cause Germans to abandon the area and thus spare local Jews in the process.

But that makes no sense. Even though it’s in Wikipedia, does it not strain credibility that the Nazis would ignore a typhus area, not to mention a Jewish typhus area? It’s not like Nazi doctors didn’t know how to take precautions and either kill or treat an infected population. Typhus was a big deal. No one would think that just abandoning an area to let it fester and spread was even a possibility.

Well, as I read it, it wasn’t Nazi doctors who avoided the area, but Nazi soldiers - who were reasonably paranoid of contracting a deadly disease. And they didn’t just “abandon an area to let it fester and spread” - they quarantined the area so it couldn’t spread.

I couldn’t find the documentary about him online anywhere, but the guy who produced it, Ryan Bank, popped up in this reddit thread and had this to say:

At one point, the German national doctors got somewhat suspicious of Dr Lazowski’s typhus outbreak (or at least wanted to confirm it.) They sent a team of two doctors to verify that a quarantine was needed, and to take some blood samples of patients.

Dr Lazowski told me he was completely terrified that they were going to discover it was all a hoax (I was producing a documentary with Dr Lazowski and took him back to Poland on several occasions.)

Anyway, he knew that the patients would test positive, but he was afraid the national doctors would look at them and know they weren’t dying of typhus. After all, he would inject anyone who had a cold with the killed proteus, and by the time the typhus results would come back, the person was long-since better.

Well, Dr Lazowski and a princess friend of his (yes, a princess) threw a big party for the doctors, thanking them for their help in this “horrible epidemic.” Of the two visiting doctors, one was old and experienced, while the other was his young assistant. Anyway, they threw this huge party, with good food and drink, along with a huge fire in the fireplace. After all, it was the middle of winter. Needless to say, the senior doctor felt he should stay inside, getting drunk by the fire, while he sent the younger one to go see the horribly-“infectious” patients. Dr Lazowski took him to one or two patients who were actually sick (just not with typhus), but who had been given his vaccine. On the way there, Dr Lazowski tried to scare/warn the doctor about how infectious they were. Well, when they got there, all the doctor did was sneak in, draw a blood sample, and leave as quickly as possible. He never actually examined the patient for signs of typhus.

At that point, Dr Lazowski knew he was in the clear. This is just one of the many times he risked his life to help others.

Some pictures from one of their visits to Poland: 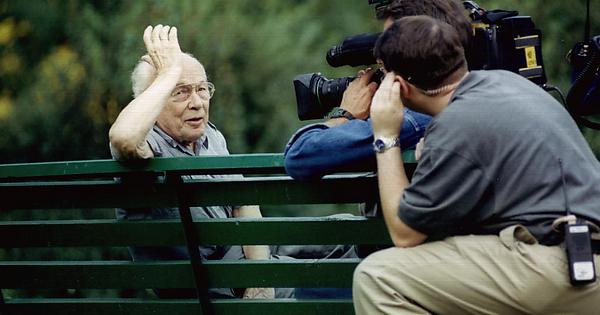