William S. Burroughs and the Dead-End Horror of the Bare-chested Russian

The Office in Lego.

William S. Burroughs and the Dead-End Horror of the “Kids Crafts with the Centipede God Maker Dad”

Bare-chested Russian marches to the orders of the Centipede God

I think something like this would be good if @waetherman is up for it.

I’m up for anything - I love this game! And the fact that it keeps going gives me a reason to check the “headlines” every day!

Catgrin’s proposal seems reasonable. We can try it next week. I’ll close posting and open voting every day around 9am (EST), if I can remember. I don’t need to be the only GM though - someone else can come in around 9am and do the same. Monday’s winner will be declared Wednesday AM, Tuesday on Thursday, Wednesday on Friday, and Thursday and Friday winners will be announced Monday at the latest. Sound good?

One more thing; I think this needs a better name. “hufffing boing boing” was a reference to how the huff po constantly tweaks their headlines to make them more grabby, and of course a reference to every civilized gentleman’s preferred recreational intoxicant. But I’m thinking the name of the game itself needs to be tweaked to be more grabby. Clickbait and Switch is the best I have come up with, but I’m opening it up to other ideas. Post your idea for a title and the one that gets the most votes before Monday 9am next week is the new title of the game.

Nice! Glad to hear that it wasn’t irritating for me to post schedules.

I’m doing it one more time, just 'coz I think it’s easier to see the info that way.

Winner announcement the day after voting closes sounds good to me. With that included, it makes the whole schedule change a bit to keep voting and posting open over the weekend, like this:

@waetherman - I appreciate you getting this up and running - It’s been fun so far!

Would it make sense to do the weekend voting on Monday? That way we would stay in keeping with the idea of voting after all submissions are in. Or if people want to make it a strictly Mon-Fri thing we could just say Monday posts can include headlines from the weekend, as it seems several of us are doing anyway.

That’s the reason I rearranged the schedule. I did it to include voting and posting on the weekend so that Friday wouldn’t get cut off early. Announcing a Thursday and Friday winner 9 AM Monday does that if the weekend is closed.

I think we’re currently using any active “new” posts, so Monday will get automatically get some of the weekend posts included in it if someone hasn’t visited to clear them out from the “new” selections. That means a person can choose to visit Friday, make a headline and vote, then come back after the weekend, and they’ll have all the posts to choose from - or they can visit on the weekend, and see more to apply to Friday and take their time voting.

We may be saying the same or similar thing and I am just misreading your schedule. This is basically what I had in my head when I was thinking about getting all the votes in after posting is closed, and letting people play or not as they choose for the weekend:

Nope, we’re not saying the same thing because @waetherman suggested Monday as the day for announcing both the Thursday and Friday winners. It gives the people announcing winners one day off during the week on Tuesday, and that’s only fair.

Monday’s winner will be declared Wednesday AM, Tuesday on Thursday, Wednesday on Friday, and Thursday and Friday winners will be announced Monday at the latest

Since he’s suggesting announcing the winner at 9 AM (EST), I had to open voting and posting on the weekend. My original schedule was closed for that, because the game originally was scheduled just during the week. Here’s what his announcement schedule looks like.

I think the more important thing than announcing winners is closing posting at a known time, because that’s more likely to confuse us as a group. Only one person will be controlling when they do the count and make an announcement.

People already will be playing differently based on what they have or haven’t read. No one really will have the same “new” topics on any day. The rules don’t require that people organize their “new” topics by “Activity” time with a cutoff point or anything, and to do that’s a bit stringent, don’t you think? Since each person can only post and vote once, I don’t think weekend access is a huge deal.

I missed the part about announcing. It wouldn’t make a difference to the players if 2 day’s worth of winners are announced on the same day, so we are in agreement there. Ditto for closing voting at scheduled times. That is something we are both in agreement on.

Aside from everyone getting a chance to vote on all entries from a day, I was trying to come up with a way that voting over the weekend was not necessary but still possible, so it is still a Monday to Friday game for those who wish but you’re free to post on the weekend or vote on Friday’s entries over the weekend if you wish.

The rest of my suggestion pretty much follows the original format that waetherman proposed in the beginning so I don’t understand where it is overly stringent.

My original format had already accounted for contributing over the weekend if you chose - it’s all considered a part of Friday. I didn’t say you were being overly stringent. I said that cutting off by Activity time of topic would be.

The right person to figure announcements is @waetherman - because that’s who’s doing them. I didn’t want to step on the toes of the person who was already GMing the game. So I suggest we leave that up to him. It sounded from his post like he might want an extra day off from running the game - it is a commitment.

Right about the announcements. It’s up to waetherman, though it also sounded like he was open to sharing the duties with others from his previous post.

As I said earlier, I think we may be more in agreement than not. It seems like I was lumping weekends with Monday for posting , and from what you are saying I gather you were lumping them in with Friday. I just didn’t read that from " Weekend Post and vote anytime Fri. through Mon. AM posting close" as it was unclear if the voting and posting were about the same time period. I tried to get more concise in my explanation to clarify.

Seems we’re talking past each other and flogging a dead horse as it were, so I’m going to drop it for the evening. 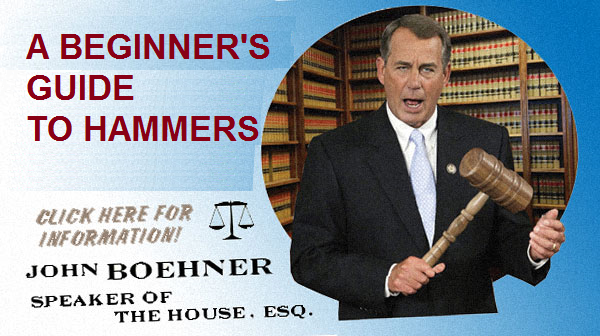 I liked that episode of V!