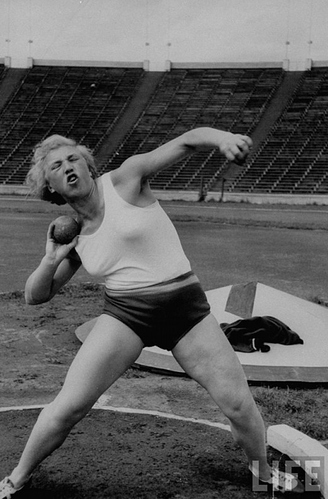 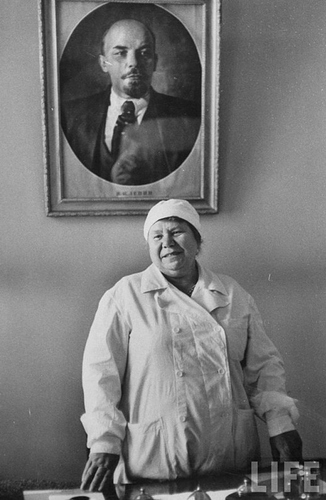 I know everybody has some sort of redeeming quality, but she needs some serious snark leveled at her.

How does Werner Herzog feel about this lady?

Our bodies are there for us to enjoy and mod as needed. Still this goes against my ideal being IMHO an unattractive aesthetic mod, give me hydraulic muscles, a brain interface port, or x-ray vision.
My view of Barbie is a doll created by a Jewish woman who saw herself as she believed others saw her and wished she could look like a WASP, or at least thought girls would want to play with that. Thinking like this is what caused Jennifer Grey, one of the most attractive stars I knew of growing up, to surgically deface herself to the point of being unrecognisable. Who doesn’t remember her nose crinkle in Ferris Bueller, that face is gone…
Though many comic superheroes were the exact same story; male Jewish writers dreaming of being a mainstream beloved hero in a time where they were despised for what they were born as. I suppose it illustrates what an oppressed and despised subculture who desperately wants to gain membership to society sees as the ideal to aim for.

1960s doll body proportions, and 1960s attitudes towards relationships. She was born 50 years too late.

Remember how many beautiful women there were in the 1950s and 1960s, without any surgery?

I don’t remember Sophia Loren looking like a stick figure made of plastic. 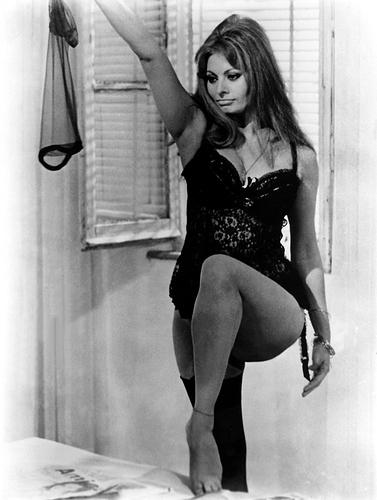 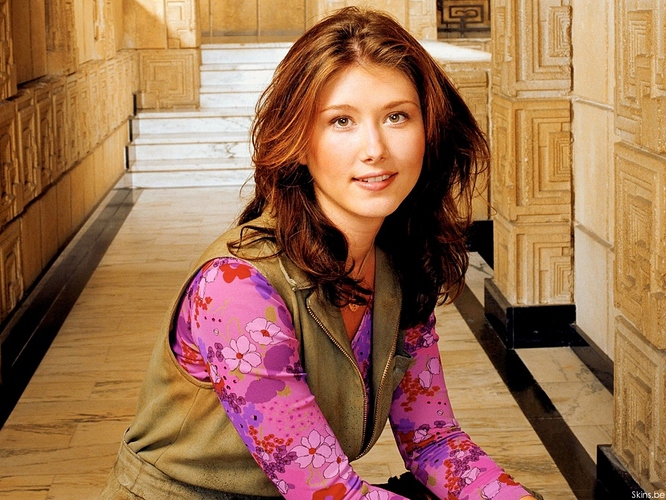 Well, she certainly sound like she is made of plastic. The uncanny valley is coming in to play here in the wrong way.

I also have to add that having spent a few months in (Chisnau) Moldova, I have observed that race-mixing has produced some “naturally occurring” women who look simply amazing.

She was strolling down the Uncanny Valley when suddenly she fell through a crack into the Inhuman Abyss.

That darned race mixing. Too bad Halle Berry and Rashida Jones will never rise to Lukyanova’s level of – I dunno – MakerBot resolution?

If you want to accept transhumanism as a legitimate pursuit, this is one possible outcome of it.

Stare at the photo for long enough and Neuromancer eventually goes walking by on his hands.

@Old I don’t know, but he apparently fucking hates chickens.

@Salgak Oh Firefly, where for art thou… Kaylee Frye, Inara Serra, Saffron and Zoe Washburne… not to forget Shepard Book 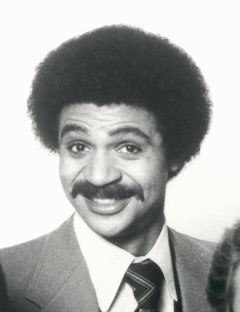 I think ethically there isn’t much difference but I do think there’s probably a huge difference in motivation between transexuals and Lukyanova. Similarly, I think elective amputations sought by folks with body integrity identity disorder are ethically similar to transition surgery but obviously the motivation is different from gender dysmorphia.

I don’t think the OP was criticizing the cosmetic surgery so much as the “race mixing” comments, though.

She has obviously not learned about the relationship between homozygosity and fluctuating asymmetry of facial features. Or seen a picture of Thandi Newton.

I don’t think the OP was criticizing the cosmetic surgery so much as the “race mixing” comments, though.

Agreed, but some of the commenters here seem to be disparaging this Barbie for her surgeries.

Plastic is not a sex.

Even plastic from the “21th Dimension”.

Maybe plastic from the 53rd Dimension, but definitively not from the 21th one.

I believe people see a person like Jewel Staite as attractive in part because they are emotionally whole. Just now I viewed a comicon vid to verify how she acted in a non scripted environment and while she is not Kaylee she does seem like an intelligent, funny, and sympathetic person in addition to being attractive. This does not seem to be common among successful actors, I have heard from a stage actress I once knew that being a bit broken can help an actor to completely subsume their psyche to the art of becoming another, though that is certainly not a requirement.
I feel that when you are able to like yourself you will be attracted to someone who is able to like you as well, broken people seem to attract like until they can fix themselves.

Well, one might draw an ethical line between cosmetic surgery as a treatment for some kind of body dysmorphia and cosmetic surgery done for purely aesthetic reasons, and one might further justify criticism of the latter on purely aesthetic grounds. Still, that involves making a lot of assumptions about what’s driving Lukyanova to do what she does so I’m with you on not criticizing her for how she’s chosen to look.