Gives me an idea for a fun Halloween craft project!

Last year we made saran wrap and packing tape ‘casts’ of my arms and legs (filled em with EL wire or red xmas lights). We also ‘cast’ my cute little dog in the same. We call him Ghost Dog. Real dog doesn’t like it much, remembering the humiliation of being wrapped in saran wrap (no cruelty, we fed him many many treats, did it in two pieces and I sculpted the head when it became apparent that he was done with posing for us =)

I could happily spend all day doing this if only we had more than one or two solicitors per week (and the Witlesses who come by with The Watchtower are such dear old ladies, I couldn’t possibly).

The stentorian “REMOVE YOURSELF FROM MY VERANDA!!” is my new go-to response for kids/salesmen/doorknockers-who-aren’t-girl-scouts encroaching on my entry.

I have a military buddy that has a “pump shotgun shell being loaded” sound on the front doorbell, it really scares the hell out’a folks.

BTW: This is what retired people do with time and nothing to do with it…

Might be fun to be pranked this way, but maybe not so fun to be the pranker.

Yeah seems like the only ones we get lately are the mormons and jehovahs. The mormons are always wonderfully polite and happily take no thanks not interested. The old ladies with watchtower sometimes have to be told no thanks twice but are also quite nice. I have always thought about putting up a big pentagram on the wall where it would be visible after opening the door but they don’t come by often enough for it to be worth it.

ETA : well wanted to edit not delete damnit, and I had an uncle who was well a little bit umm ‘eccentric’ but in general a nice guy. He got them to stop completely by answering the door naked so I guess thats one way of doing it.

Yeah seems like the only ones we get lately are the mormons and jehovahs.

Only the hardest-core of Jaydubs come by here, and they’re reliably along in the morning hours when there aren’t a lot of people around to answer doors and argue with. They drop Awake! and Watchtower and then apparently pray for the chosen to contact them.

People opened doors naked several times when I wore a name tag. Didn’t bug me much, but some companions had seen a lot less in their lives by that point.

The really fun ones opened the door with a gun in hand. 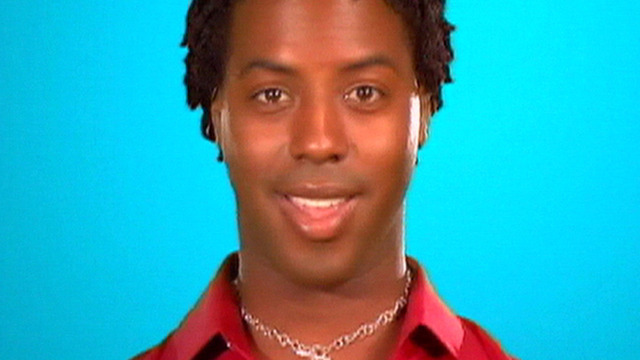 Almost looks like a character out of The Mighty Boosh.

I’m always glad when someone else mentions that show because that means I just didn’t imagine it.

“It’s a lousy commercial!” “A crummy commercial? Son of a bitch!” – Ralphie.

I have always thought about putting up a big pentagram on the wall where it would be visible after opening the door but they don’t come by often enough for it to be worth it.

Just tell them you are Catholic. It’s more believable and twice as offensive!

Just tell them you are Catholic. It’s more believable

Back it up by having lots of kids in the bg. Orthodox Caths don’t…control.

Well I am actually Catholic, albeit quite lapsed and not even remotely orthodox… but I do have three kids so I can mount a fairly convincing argument!

Seriously, no one wants to try and convert you once they hear you are Catholic, they want to get away before they become contaminated.

I used to work in a library mailroom and considered hiding in a box and shipping myself from one branch to another on April Fool’s Day. Some of the boxes we got back then were easily big enough to conceal a person.

It’s a good thing I never did. I always had a feeling something like that might happen.

It’s a good thing I never did. I always had a feeling something like that might happen.

…also, this is a thing that begs for animatronic faces.
https://www.youtube.com/results?search_query=animatronic+face