I eagerly await the SCP Foundation entry that will be based off this image.

Guess I picked the wrong week to re-read The Shining before I read Doctor Sleep, huh?

It had to be wasps.

Now where did I leave those X Files videotapes? I seem to remember seeing an image like that about 20 years ago…

My first thought was, HR Giger, much?

Then I saw your comment and remembered his influence on Duke Nukem, if not actual input.

Why does everybody seem to be ignoring the big question???
Where did the humanoid wasps come from and where are they now? Hellstrom's Hive is a 1973 science fiction novel by Frank Herbert. It is about a secret group of humans who model their lives upon social insects, and the unsettling events that unfold after they are discovered by a deeply undercover agency of the US government. David L. Wolper's quasi-documentary film The Hellstrom Chronicle, released in 1971, was the inspiration for Herbert's novel. In an interview with Tim O'Reilly, Herbert stated: "I said, 'In terms of what we want now, as we think of our w...

Its time to kick ass and chew bubble gum… and I’m all outta gum. 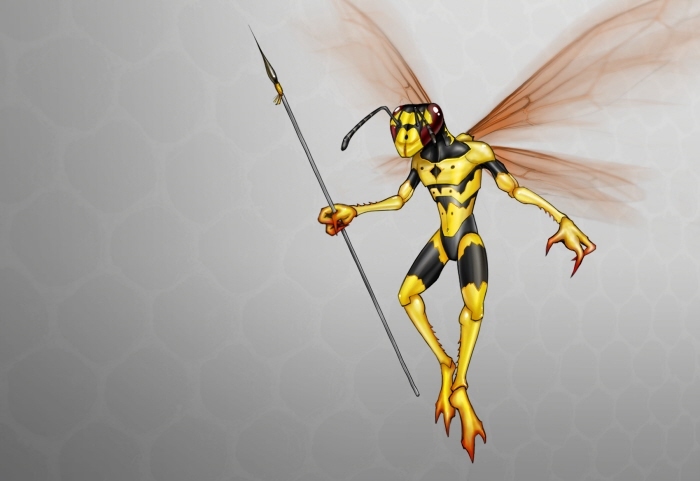 Once you go through the change, you’ll see. Don’t move, it’ll only sting for a second.

Murnau’s 1922 Nosferatu is on YouTube: one of those films to see before you die. Or maybe after.

Given that wasps have bodies that are a nontrivial percentage of venomous death by weight(or volume), and an alarming number of them are parasitoids with lifecycles so ghastly that they more or less single-handedly refute natural theology(“oh, yeah, I have a specialized biological weapon built into my DNA. As part of the egg laying process that piece of genome gets snipped off and packaged up into a massive army of viruses, specifically tailored to suppress a caterpillar’s immune system and increase the protein concentration of its hemolymph so that my eggs are both protected from immune response and can more efficiently eat the host alive, saving the vital organs for last.”), it wouldn’t entirely surprise me if they also have a bodyhorror/psyops division dedicated to breaking our morale in preparation for the final crushing blow.

Why does everybody seem to be ignoring the big question???
Where did the humanoid wasps come from and where are they now?

Bridgehampton, in my case. But our natural habitat extends from Boothbay Harbor, Maine down to Bethany Beach, Delaware.

Tad! Muffy! Fetch Daddy’s new friend a tumbler of Chivas and a pair of Weejuns so he’ll feel at home.

I’m not sure if I would like you to sit next to me at a dinner party, or not.

the red sandkings . . . have made a nest with the face of his former supervisor he fed to them.

Sadly no screencap. Based on a GRRM/Game of thrones author story.