Hungarian camerawoman who tripped refugee announces she will sue that refugee

Throwback Wednesday:
Christ, what an asshole.

From a recnt sociology paper.

In honor cultures, it is one’s reputation that makes one honorable or not, and one must respond aggressively to insults, aggressions, and challenges or lose honor. Not to fight back is itself a kind of moral failing, such that “in honor cultures, people are shunned or criticized not for exacting vengeance but for failing to do so” (Cooney 1998:110). Honorable people must guard their repu- tations, so they are highly sensitive to insult, often responding aggressively to what might seem to outsiders as minor slights (Cohen et al. 1996; Cooney 1998:115–119; Leung and Cohen 2011). It might seem that knowing people would respond this way would lead to people to “walk on eggshells” so as to avoid offending others, but this would be a sign of cowardice. So because insulting others helps establish one’s reputation for bravery, honorable people are ver- bally aggressive and quick to insult others (Leung and Cohen 2011). The result is a high frequency of violent conflict as participants in the culture aggressively compete for respect.

(The paper itself has been recently lobbed as a grenade in the culture war, which is why it might sound familiar)

OK this is probably not the right reaction, but that kind of strikes me as hilarious!

We don’t need her anymore. I hope she gets DEALT WITH.

Please don’t insult animals by comparing them to her.

As a long-time resident of Hungary and a naturalized citizen of the country (I guess you could call me an immigrant here), I’m sorry to say that Ms. László’s reaction does not surprise me at all.

Most Hungarians are pretty nice people in my experience, but whenever something goes wrong, no one ever accepts responsibility. It’s not very socially acceptable to do so. Instead, those responsible blame others for whatever went wrong, usually the victims themselves. Unfortunately our government here is leading the way in this.

I like the old Irish system where you were assigned an Honour Price at birth (the higher your status, the higher your price). If someone killed you, they had to pay your honour price to your family. The wrinkle was that your honour price could be reduced if you committed any offences, so a total git might burn through his honour price on a series of minor offences until he was worth nothing and could be killed with impunity… or an axe…

My culture… it AMUSES you?! 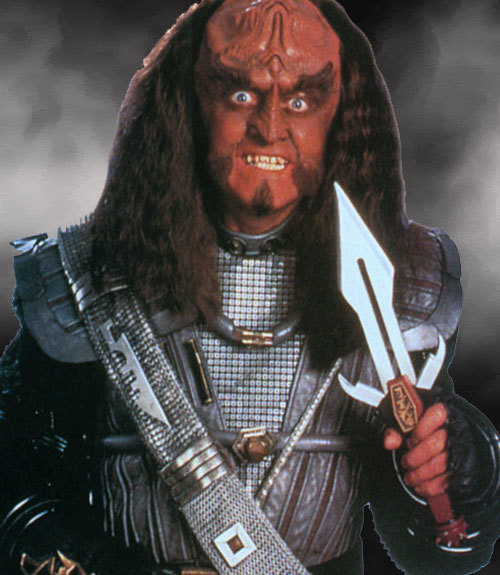 European aristocracy ran pretty much on honour culture right through to the First World War. We’re still paying the price. The Prussians were doing it pretty much into WW2. Of course Hitler had no honour and that helped him take over - he could do things that “no Prussian officer would do”. The most intense and longest battle of WW1, the Battle of Verdun, was essentially an honour battle. Strategically it made sense for the French to abandon Verdun to shorten their line; Falkenhayn exploited the need to maintain French honour to lure them into a battle of attrition. But he had the problem that his own side wished to preserve their honour by actually trying to take Verdun.

Getting back to this woman, however, it seems to me that she is simply one of these over-entitled journalists. They treat citizens of their own countries badly enough (in this country doorstepping, phone hacking, pursuit in cars); why would a little refugee kicking be any different?

In a world where journalists face serious threats on a daily basis, this woman’s a disgrace.

Anchor: “And now we go over to our reporter Petra Laszlo, with a live report from the border. How are things out there, Petra?”
Petra (to camera): “Oh, the humanity! The refugees are literally falling over themselves to reach safety…”
(looks around desperately for some images to corroborate her claim, decides to engineer some ‘falling’ herself)

There’s been quite a few adequate descriptions of this woman in this thread but I’m gonna chime in with dildo-licking baby-kicking butt-sniffing spunk-trumpet. She has no honour and won’t achieve any by behaving like a dickbag from the planet Shitweasel, may she emerge from this fracas a better person and cease to be a skidmark on the evolutionary path of biped mammals.

I think it’s called the police and your tax dollars*.

I suspect logruszed was talking about funding the beatings of people other than ourselves, and for reasons other than the beater having a grumpy day.

I always winder why it is I do not wake up with the super powers of say Superman, or Green lantern’s ring, or Iron Man’s suit or armor…oh yeah…because I’d go around the world ridding us of vile people like this woman. That’s right.

I have nothing even remotely nice to say about your lack of empathy and pathos. May you never find yourself a refugee of war facing denial of asylum. 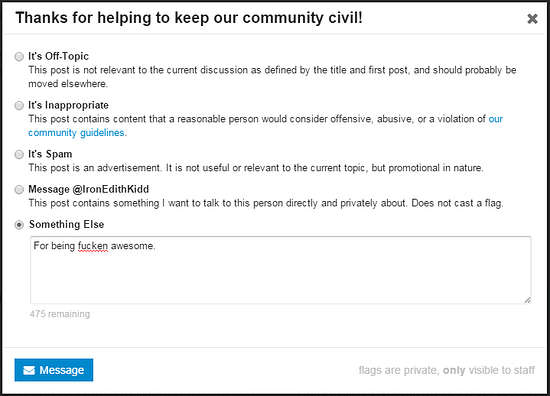 The horrible person in question (not @HardRom, the reporter that @HardRom feels justifiably assaulted adults and children and endangered both) doesn’t even have the “honour” or whatever to own the horrendous act of SLAPPing back at her victims, she attributes that to her husband.

say… @HardRom are you in a relationship with any journalists who you feel need their honour defended?

The only parties acting criminally in this whole affair are the governments of Europe who are trying to deny entry to people fleeing bloody war to preserve their lives.

No.
First, the refugees have already graduated from “fleeing bloody war” to “fleeing bad conditions in huge, crowded refugee camps in the middle east for the hope of starting a better life in a country of their choice”. Or, in some cases, “fleeing from a prospect of starting over as an asylum seeker in an economically weak southeastern European country that they don’t know much about, to a rich northern or western European country where they already have friends and relatives”. Still legitimate reasons, but not nearly as black and white as you make it out to be.

Second, I don’t see how “the governments of Europe” are acting criminally.
Hungary comes closest, with its radical border closure. They are acting about like the US has been acting on the Mexican border for decades. Thus, the Serbia->Hungary->Austria->Germany route got blocked in favor of the Serbia->Croatia->Slovenia->Austria->Germany route.
None of the countries along that route have done anything criminal. Except, technically, breaking the Dubllin regulation, but that doesn’t matter as that was a load of crap to begin with, and the governments involved are coordinating their actions (a bit).
So now we get a few thousand people crossing our southern border from Slovenia every day. Most of them continue on to Germany, only a few apply for asylum in Austria.

So, Austria has only had about 9000 asylum applications in September. That is, applications by people who have already entered the country and are being taken care of, both using our tax money and by record amounts of donations and volunteer time.
Meanwhile, the US agreed to take 1500 Syrian refugees in 2015 and to increase that number to 10000 in 2016. Note that the US has 38 times the population of Austria. Of course, Syria’s neighbors are doing the real work.

What do you do with thousands of potentially traumatized people who have seen enough war that they won’t take “no” for an answer any more? People who will just march past policemen who order them to stop, but who are unwilling to shoot them? People who will just (in a groop of about a thousand) walk out of a camp at Austria’s southern border because they somehow got the impression that a group with small children could walk to Germany within a day rather than waiting for the special trains that are being organized for them?
Sure, if Austrian police was better organized, had more Arab translators on call, or was more flexible about quickly recruiting some translators, many of those problems could be avoided.

So, what crime is being committed by “European governments” again?

Many Western cultures decry Islamic fundamentalists who commit violent acts “for honor”, but here is a Western European woman claiming it’s hunky-dory when she does it.

But but but, everybody knows that refugees are really just economic migrant-criminals who want to simultaneously live on welfare and take all our jobs whilst all of us in the west have had our genetic lineage firmly emplaced within these borders since the beginning of time 6000 years ago.

And why doesn’t everybody just confuse authority with justice like they are supposed to?!?