This is where we generally say “Christ, what an asshole” but I think in this case it massively understates things.

Fascist with a camera ≠ journalist

Someone should set up a Kickstarter campaign for a Hungarian-language documentary on the Syrian conflict, and request her for the camera work…then rescind the money once she arrives.

What I said when she tripped the man holding a child, “Mother fucker!” Which was immediately followed by my realization of her personality, and then my final rage.

Now, who does not want to run her over with their car?

I’m afraid that she is not just an asshole just, but an asshole with a job to do. She was probably trying to provoke a physical response, so they could film a “violent attack of refuges” on their camera crew. This particular sting got exposed but untold many similar incidents were instigated by such provocations.

Well, thats something that we cant know, but ties into what I’m thinking. Oh yes, fire her, yes, of course… except she works for a TV channel “closely linked” with the fascist Jobbik party. So yes, she has to be fired for being shown as a piece of shit… following more or less the kind of venom her channel peddles…

Hungarian media is reporting that she’ll probably have to face some jail time for this action, though likely not the maximum sentence possible: 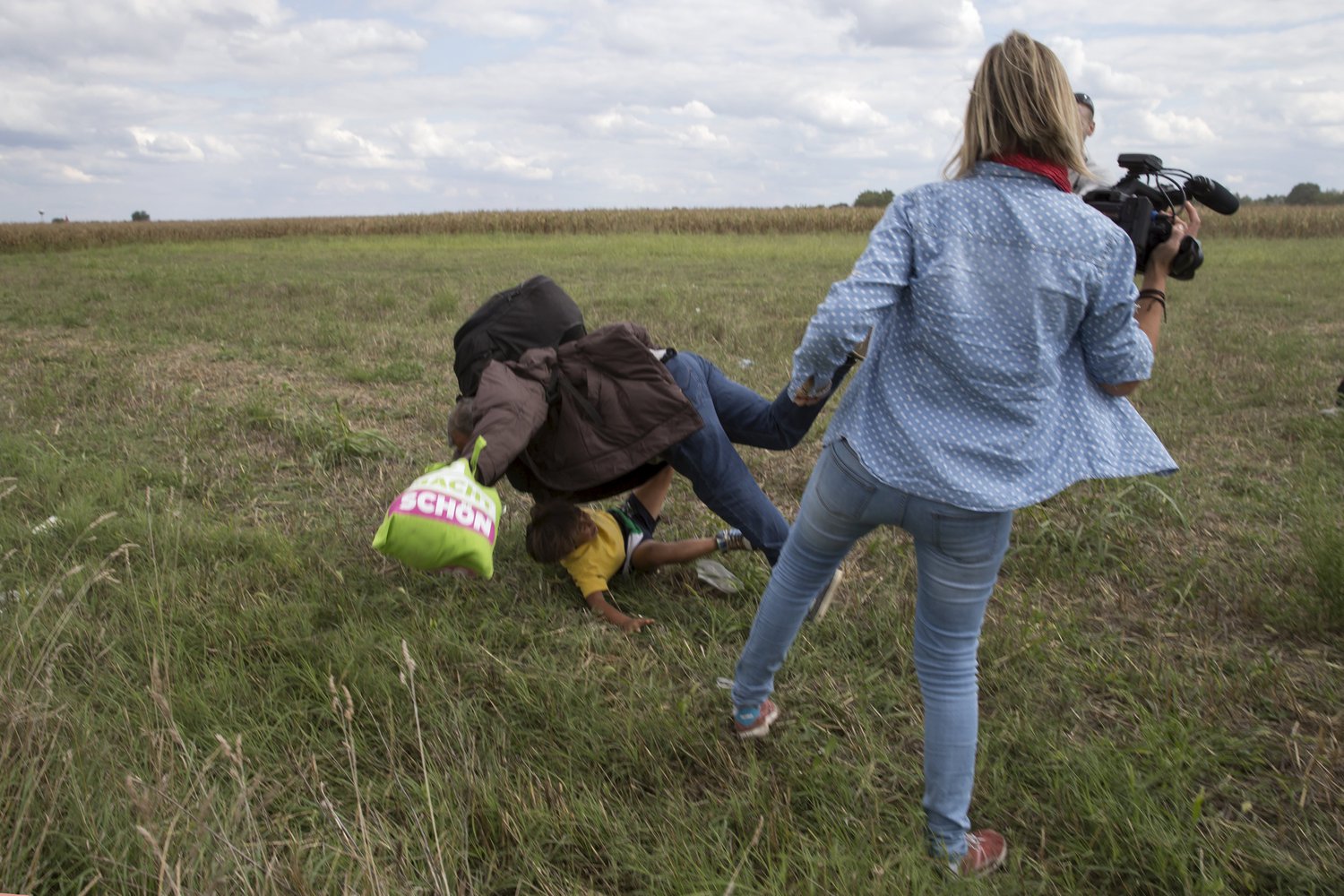 That would be nice, but I’m not so sure. Knowing this country, I personally doubt she’ll have to serve any time, unless maybe somebody in power wants to make an example out of her…

Cynical me can’t help but notice something odd, though – she’s the only one wearing a pale-coloured outfit, which makes her stand out against everyone else’s navy and black clothing. It makes what she’s doing super clear.

Geraldo may have to cockfight Trump for her hand…which is something I might actually watch. 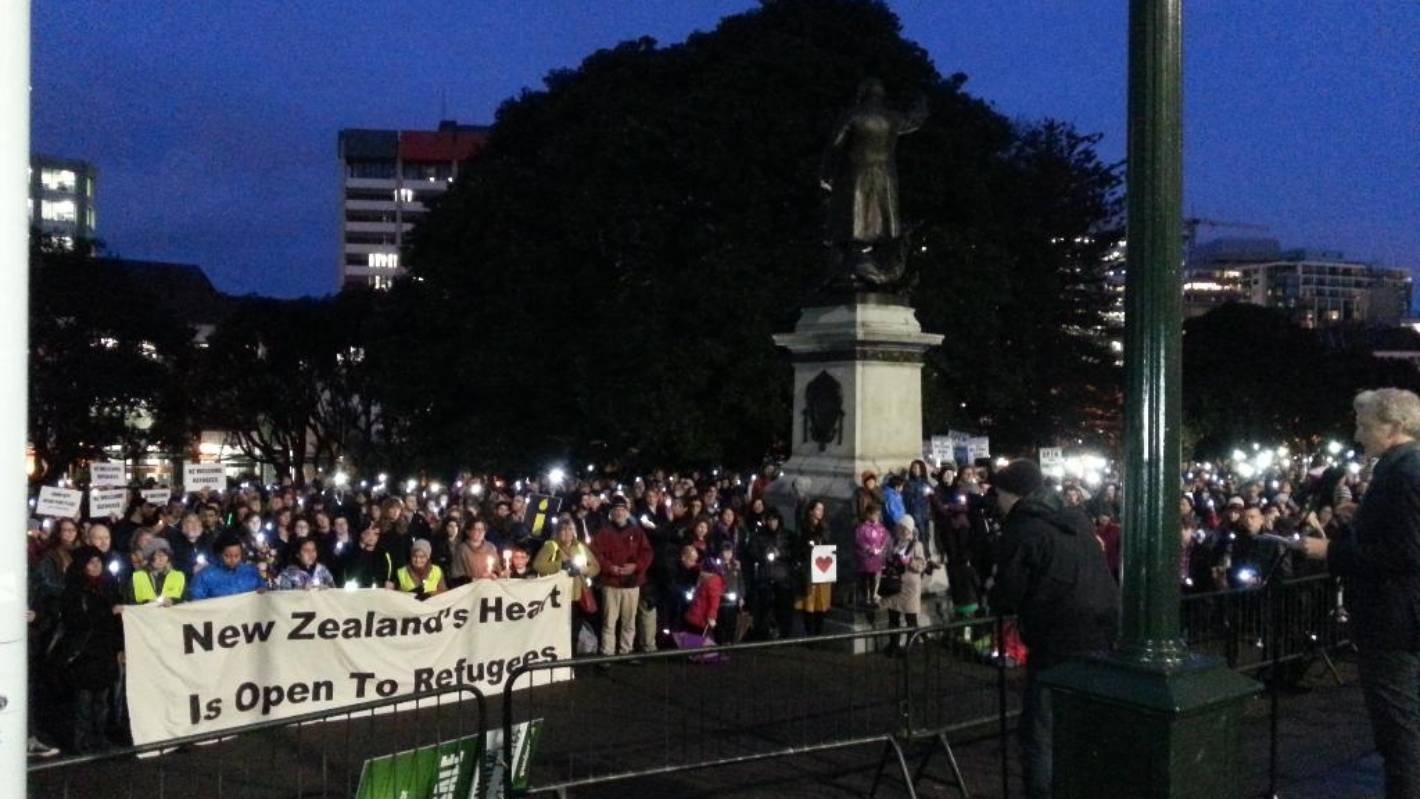 Thousands around the country have turned out in support of doubling New Zealand's refugee quota.

That’s a wonderful sentiment, but the reality is that refugees can’t get to NZ without going through places like Hungary first.

If you want a vision of the future, imagine a camerawoman tripping a refugee and child - forever.

Would you take non-christian 'Merkans as refugees?

(may not be necessary or applicable until the first Wednesday of November in 2016.)

@GulliverFoyle: can not <3, too probable at this time.

can not <3, too probable at this time.

That’s actually in the handbook for camera operators at Fox News.