It was an ‘operating error’. 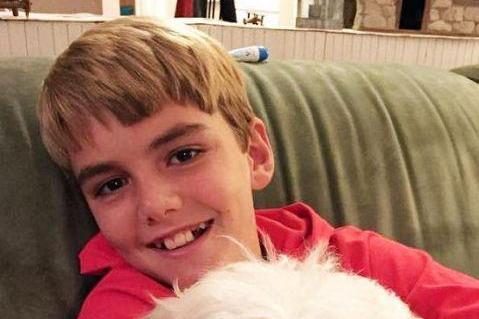 A father today told of his agony after shooting his teenage son dead in a freak accident at a US firing range. Clayton Brumby accidentally fired his gun and the bullet ricocheted into 14-year-old Stephen at a target practice session. He said he had...

I like the ambiguity as to what power of ten each of those tally marks represents.

He has been told he will not face charges because it was an accident. He added: “It was a very freak accident. I made a mistake.”

Nice to see the “it was an accident, what are you going to do” attitude toward killing people with motorized vehicles is spreading to a more general oopsie-murder policy. Progress!

The replacement fertility rate for the US is quoted as ~2.1, so I think that there’s a strong case to be made that operation BLINKERED-PATERFAMILIAS is still very much in the territory of acceptable losses; so long as liberal defeatists aren’t allowed to sabotage morale.

Guns in the home do not make a family more safe. Here’s another example of why not.

This fucking guy. This belongs in ‘wrath’

In an attempt to remove the casing he reached behind his back with the hand that was holding the gun and accidentally pulled the trigger.

Why in the hell would you do that?

Why in the hell would you do that?

Because you’re so “amazing” with guns what could possibly go wrong?

I’d have this guy on at minimum manslaughter.

Exact numbers are a trifle thin; but reports from people who sound like they would know suggest that ejected shell casings can get pretty hot. If one just bounces off you, heat transfer is likely to be minimal; but if one is trapped between clothing and skin it appears to be quite plausible for you to get enough of a burn to go into ‘idiotic reflex action’ territory. I cannot possibly imagine why he would think that doing what he did was a remotely sensible plan; but burns have a way of skipping the thought process.

That said, I ran across an eerily prescient post while trying to find temperature values: on the firing line user ‘Nnobby45’ remarked

ATTENTION, PLEASE
Biggest danger might be from a startled and inexperienced shooter with a semi-auto pistol in their hand who could easily, and in a hurry, forget where their muzzle is pointed—along with finger being on the trigger. You never know what one’s reaction might be to hot metal down the shirt, or blouse. Especially when totally surprised for the first time.

On the same forum, ‘44 AMP’ tells of a marine trainee accidentally shooting himself by dropping an M16 when a casing ejected into his shirt.

(Edit: the clip is of poor quality; but at around 1:10 in this video the guy on the right appears to be reacting to a casing that slipped down the back of his shirt. He keeps his gun pointed in a reasonably safe direction; but looks pretty distracted.)

Gun safety suggestion: In order to purchase a firearm, you must have a red-hot shell casing dropped down the back of your shirt without flinching.

It’s amazing. When I was taught to shoot - as a cadet, in an organised environment potentially preparing people for war, so sensible rules like “point the gun down at the floor” etc. And fingers were never ever on triggers unless you had the intention of discharging the weapon.

Given the circumstances we were ‘preparing’ for (acknowledged this wasn’t Green Beret training!), it seemed sensible.

Most states in the U.S. have a three-strikes rule for DWIs after which your driving privileges are suspended or revoked. And this is for a device whose primary function is transportation.

Here we have a homicide due to negligent use of a device whose primary function is to kill. I would think that would be grounds to at least indefinitely suspend one’s firearm privileges.

Gun safety suggestion: In order to purchase a firearm, you must have a red-hot shell casing dropped down the back of your shirt without flinching.

Repeatedly, until you develop the reflex of taking your finger off the trigger.

This topic was automatically closed after 228 days. New replies are no longer allowed.