Earlier this week, he posted a series of bizarre, racist tweets in which he threatened to commit suicide to call attention to the police brutality he was experiencing.

Racist? He suggests that it didn’t matter that he was rich and white, but I don’t see any attacks on other groups or generalisations of anyone but the police. His references to his own demographic seem to be suggesting that this may finally be taken seriously if well-off white people feel threatened too and don’t just see police brutality as a black issue. He does use the N word, but that is also supporting the point that people generally don’t care if the victim is black:

Maybe my suicide at this, you now, a successful business man, not a N*****, will finally bring some attention to this very serious issue.

Definitely bizarre though, especially as these two encounters and the bail may have been preceded by him trying to break into two different neighbours’ homes while drunk.

It sounds like another tragic story involving a complicated, terribly human intersection between authority and mental illness.

Funny, I read that as outrage his white privilege wasn’t working. I don’t know a thing about the guy, so I could easily have misunderstood.

Yeah, it sounds like a psychotic break maybe? Something happened to make him act completely out of character, and then the police arrived. It was not going to get better at that point.

please ,** PLEASE** , someone , a unicorn chaser , some happy news-esque lightness ?? kitten programmer writing code for hurd while riding unicorns and playing gentle synth music ?? or ??? dang , another one bites the dust ; sorry that the end times were early and unpleasant , rip ~

Funny, I read that as outrage his white privilege wasn’t working. I don’t know a thing about the guy, so I could easily have misunderstood.

The major feature of white privilege is a lack of awareness that you benefit from white privilege. His tweet was definitely a “they find it really easy to ignore/write off poor black victims so I’ll speak up as a rich white (and semi-famous) victim”. If anything he was deliberately trying to use his white privilege to fight back against what he perceived as police brutality.

Exactly what happened might take a while to sort out, though certainly it will get a lot more scrutiny than if a poor black man had committed suicide under similar circumstances.

His tweets read like he believed he had been deliberately targeted by law enforcement. His tone seems frightened.

I want to be able to say it’s unreasonable to claim law enforcement would deliberately brutalize someone with insufficient regard for whether that person suffered from a mental health impairment. And I want to deny that law enforcement would defend bad acting officers with circle-the-wagons, borderline-arbitrary rationales of public or police safety. But there are too many publicized examples of both … too many tragedies.

What a sad and tragic loss.

Here’s Johnny Cash with a kitten, maybe it helps 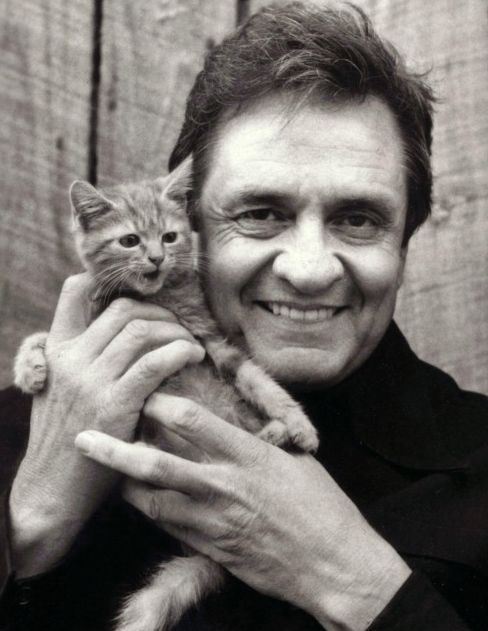 I read it essentially the same way as @Boundegar but I do see the other interpretation as well. One item keeping it undecided for me on how to interpret the tweets was his reference to how much he paid in taxes. That is not typically something someone who is trying to point out the injustices of racism typically says.

It sounded more to me like in whatever frame of mind he was in, he seemed to be suggesting he was entitled to better treatment because of how much money he made, how much he paid in taxes and the color of his skin.

Although none of it sounds like someone who is calm and rational, I can understand an interpretation of racism in the tweets even if I am not sure myself if they are intended that way or not.

Racist? He suggests that it didn’t matter that he was rich and white, but I don’t see any attacks on other groups or generalisations of anyone but the police. His references to his own demographic seem to be

Agree. How could anyone not be aware of the spate of recent news items in which a young black poor male (or maybe a female, or maybe not desperately poor) is assaulted by the cops, who never need to answer for any use of excessive violence, including pumping dozens of bullets into the victim?

Really, folks (and BB’ers), we need to stop verifying the findings of the Milgram experiment in every town and city, with no clear end. Even if he was bipolar, off his meds, drunk and, on a manic jag (and those were some pretty incoherent tweets), that should be a public health problem and not treated as a Symbionese Liberation Army standoff.

A skinny little middle-aged guy like that is no threat at all to the police, and there is no excuse for beating him at all, let alone nearly to death.

A skinny little middle-aged guy like that is no threat at all to the police, and there is no excuse for beating him at all, let alone nearly to death.

There is no evidence they did.

According to various reports, including http://www.theregister.co.uk/2015/12/30/ian_murdock_debian_founder/ :

[quote]According to the San Francisco police, officers were called to Steiner and Union St in the city at 11.30pm on Saturday, December 26, following reports of a man trying to break into a home – that man was identified as Ian Murdock. He reportedly fought with the cops, and was given a ticket for two counts of assault and one for obstruction of an officer. The techie had been drinking, according to the police logs. A medic arrived to treat an abrasion to Murdock’s forehead, and he was released so he could be taken to hospital.

A few hours later, on Sunday, December 27 at 2.40am, police were called again to reports of Murdock banging on the door of a neighbor at the very same block. A medic arrived to treat him for any injuries. Officers then took Murdock to the county jail where he was held in a cell.

Murdock was bailed later that day, on Sunday, after a bond, said to be $25,000, was paid. He died the next day.[/quote]
So, according to the only official accounts we have at this time, a drunk guy tried to break into someone’s house, the cops showed up, he tussled with them and got knocked around. A few hours later (so he was clearly released from any custody after the hopital), he does it again, maybe at the same house or maybe another (other reports say it isn’t clear).
So, hardly being beaten nearly to death.

I don’t want to downplay a tragedy, because it is one, but this is not simply that someone was minding his own business and then was attacked by cops (twice). Especially in a city like San Francisco, white guys get a lot of slack from police too unless you’re acting weird and/or crazy in my personal experience. So, maybe drunk, maybe off meds, who knows? None of us here but not a black and white situation.

Edit: This is not to say the cops didn’t maybe fuck him up, especially the second time seeing him in a night. We just don’t know.

he tussled with them and got knocked around.

And you don’t know he tussled with them. Unfortunately he never posted pictures of the bruises. As for bipolar off-meds, we have the tweets. Seems possible, even likely.

What I’m talking about is that last part. Got knocked around. No excuse. Slip a strait jacket on him, and hold him for evaluation, maybe.

And you don’t know he tussled with them.

I know that the police reports say he did. What do you have to counter that other than a distrust of police?

Have you seen drunks fighting with cops? I have, right outside my house on occasion. It isn’t as simple as “slip a straight jacket” on him if he was drunk and fighting them. Things get rough even if the cops have good intentions and cops don’t drive around carrying straight jackets, do they? They have, depending on jurisdiction, sticks, pepper spray, tazers, and guns.

He’s lucky he didn’t get tazed and/or shot if he really did fight with him.

The long and the short is we have a small amount of data but it is clear that he had TWO altercations with the police in one night. Until someone goes and interviews witnesses, we’re unlikely to know more.

We don’t know what happen with Ian but I’m struck by a thought. Alan Turing, Aaron Swartz, and Ian Murdock, do they have a similarity that make them inwardly vulnerable to the attacks by police and legal system? Turing was tortured by the British legal system. Swartz and Murdock faced the brutality and violence of the police and American legal system. Is it too much for the technical mind when their perception is of a vicious system coming to take their freedom, their opportunity to work, and reduce status they have gained by their accomplishments? Turning suffered the worst of the three. He was physically and psychologically tortured by the British court system. Swartz and Murdock were facing potential legal issues and jail time.

I wish Turning lived in another time. I wish Swartz and Murdock stuck around. No matter how vicious the legal system, power could deprive them of their humanity. The cruel reality is suicide has done that.

or these are just the notable white dudes that we know about, not all of the non-white, non-male people who had their lives destroyed that people ignored…

They killed themselves, that’s the difference. It would have been better if they suffered threw and got to the other side.

My point being that lots of people kill themselves when in legal or other difficulties and it isn’t something inherent to white engineers that makes these three have “a similarity that make them inwardly vulnerable to the attacks by police and legal system”. We simply have heard about their cases and not the others.