White supremacists? In my White House?

Please feel free to. Goes with his big brain syndrome and lack of Mensa test that was offered when he denigrated his SoS stating he was more intelligent.

I wonder if we’ll be hearing anything about the press release that resembled the 14 words.

Okay, but I mean, it’s called the department of Homeland Security. Who the hell did we think was going to work there? It’s literally got a Nazi name. The entire endeavor was a fascist/neo liberal idea! I’m so humiliated, I just can’t even express my shame.

Years ago I wondered how it was that good German people didn’t just get rid of hitler. Now with IQ45 I guess I get it…good people simply can’t get rid of the vermin that have over run their government. Such a sad piece of knowledge. I am still wondering how it is that the democratic party isn’t rising up to the task of throwing him out. Even some republicans seem concerned yet nothing happens. Is everyone waiting till after the elections? In the meantime more and more swine entrench in the white house. If we aren’t doomed what the fuck are we doing to save ourselves. Donating to phone calls and web site worriers isn’t enough. I was drafted once to “defend” my country…now I’m willing to enlist but where? Do they have an Elder Corp? Us old fuckers ought to be in the front line cause our time is limited anyway. Better to go out doing something worthwhile rather than handwringing over yet another nazi sucking on the hemorrhoid in chief. Fuck I’m sick of this shit.

They don’t call it Freitag for nothing

I know that this is a minor nit, but Freitag is named for the goddesses Frigg or Freyja (it unclear if they are even different) both associated with love. Words like freedom have similar a indoeuropean root, but isn’t what the day is named for.

Not according to your avatar! Take it from a algorithmically generated geometric pattern honesty is the best policy.

What an appropriate name this racist has: 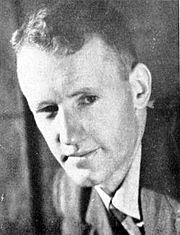 Ian Douglas Smith GCLM ID (8 April 1919 – 20 November 2007) was a politician, farmer, and fighter pilot who served as Prime Minister of Rhodesia (or Southern Rhodesia; today Zimbabwe) from 1964 to 1979.[n 1] As the country's first premier that was not born abroad, he led the predominantly white government that unilaterally declared independence from the United Kingdom in 1965, following prolonged dispute over the terms. He remained Prime Minister for almost all of the fourteen years of intern...

I’m sure that Ian Smith would approve of his younger name-sake. 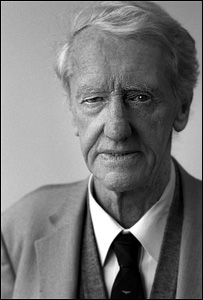 Sad day for this nation when such small minds run over 200 years of greatness.

You mean the 170 or so years of slavery and segregation and the past 50 years of a still imperfect democracy?

I know that this is a minor nit, but Freitag is named for the goddesses Frigg or Freyja (it unclear if they are even different) both associated with love. Words like freedom have similar a indoeuropean root, but isn’t what the day is named for.

It’s worth pointing out as it’s yet more confirmation that white supremacists tend to be ignorant even about things they care about.

(and to be clear I highly doubt this guy was making a “clever” pun).

As a side note, I notice the usual “nothing to see here” apologists and excuse-makers for the regime have been unusually silent in these threads .

It may come to violence – I pray not – but in the meantime, I’d suggest (if you aren’t doing this already), getting involved with some progressive candidates’ campaigns. I’m still assuming that with enough mobilization, we can vote the right people in over the next couple of election cycles. Besides regularly voting, I was never politically active before 2016. Now my wife and I are volunteering for a couple of candidates. It’s empowering and hopeful. And surprisingly easy and even fun!

Try over 500 years of genocide against American Indians, 200 years of POW camps, eugenics in the 20th century and no citizenship until 1924 and unilaterally in the early 1950’s. Inhabitants for over 15K years with everything taken away then those who survived forcibly removed from families and sent to religious indoctrination schools up until 1980. To this day American I diana are still getting fucked.

“I stood here first, and Columbus discovered me.” Chitto Harjo, aka Crazy Snake, a Muscogee Chief and Warrior

that is why i cry when i see several people in the news quit federal positions because of trump.

To this day American I diana are still getting fucked.

I’m aware of that. Yet you still talk of greatness.

he has his grandfather’s face … https://en.wikipedia.org/wiki/Ian_Smith