If there's a nuclear blast, "do not use hair conditioner in your hair"!

Sunscreen is out, I take it?

On the upside even if you forget you hair probably won’t be around for long anyway, what with the radiation poisoning and all.

This might seem hilarious, but suppose it saves someone’s life?

“Anybody not wearing 2M sunblock is gonna have a real bad day.”

Not unless they make super-very-extra-broad-spectrum sunscreen?

Finally, an answer to one of life’s toughest questions:

We can hope, but this kind of reminds me of the probably-not-gonna-make-a-difference tips for surviving a nuclear holocaust the government put out during the Cold War. 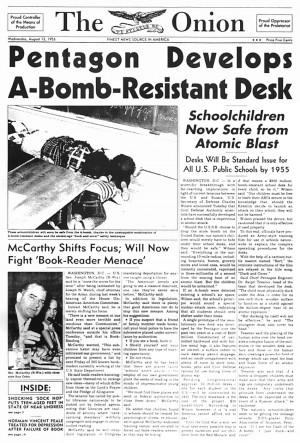 We can hope, but this kind of reminds me of the probably-not-gonna-make-a-difference tips for surviving a nuclear holocaust the government put out during the Cold War.

Ah yes, the ultimate way to survive a nuclear fireball, hide under kindling.

What if I paint myself white to deflect the blast? 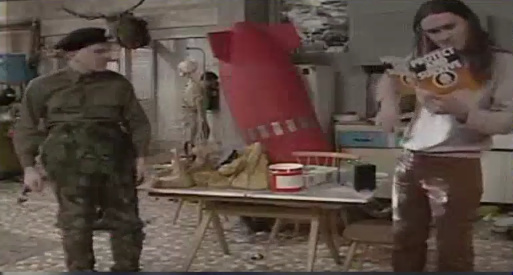 You’re probably right, but reinforcing the MAD doctrine by refusing to protect one’s self or others at all never felt right to me. I suppose I’m just a tool of the Military-Industrial Complex.

Great so I have to be frizzy in the apocalypse.

What if I paint myself white to deflect the blast? 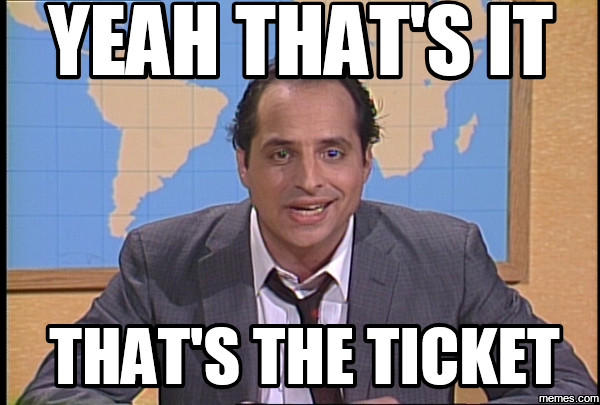 If I “haven’t been able to immediately find inside shelter” I don’t understand how I’m expected to be showering whatsoever. I get the point they’re making, but presumably everyone washes their hair before they condition it. However long I’ve been exposed to the radioactive dust, once I wash it out… it’s out. But OK, skip the conditioner so no more radioactive dust takes up residence on my skull.

It’s not the advice that’s bad, but they sure word it strangely.

It kind of depends on whether you’re in the “instant death zone”, or the “at risk for leukemia later in life zone”. 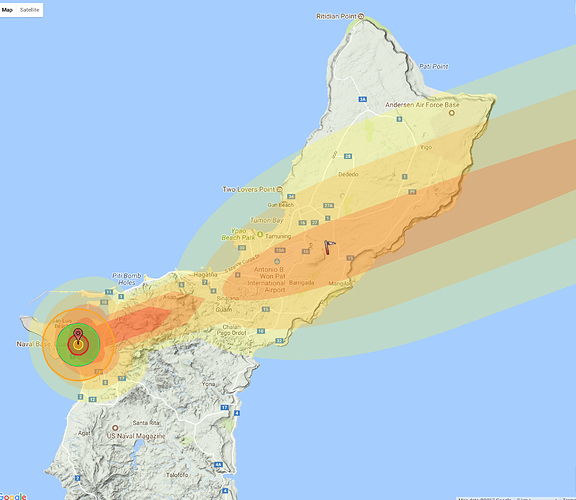 NUKEMAP is a mapping mash-up that calculates the effects of the detonation of a nuclear bomb.

Many of the “we’re all going to die” scenarios stem from two factors.

I can easily imagine a scenario in which a person is exposed to fallout, washes his hair, and, out of habit, applies conditioner.

Of course. What’s the point of going through the trouble of having a lively, soft, gleaming do when the bombs are dropping… unless that would be a point in one’s favor when trying to partner up within the limited supply of dystopian mates.

Of course. What’s the point of going through the trouble of having a lively, soft, gleaming do when the bombs are dropping

moving away from radiation sources will help keep you alive. But what if there are particles of radioactive material in your hair, in your clothing, on your skin?

I just KNEW I should have put a winking face in my post.

So I assume my chances are bad if I’m wearing leave-in conditioner already?