Too true! I think it’s great that the little lady got some time out of the house to let off some steam. But now that she’s gotten her participation medal, isn’t it time she got back to support her man?

If you can afford afford one; you probably define(at least locally) what ‘legal’ is. The Schwerer Gustav railway guns were the largest that ever saw use and only .8m. Project Babylon was supposed to be 1m before parties unknown terminated the design lead.

Maybe the boing boing headline should have been “Shoot yer trap, Chicago Tribune!”

I found an old pic of the sports editorial team. 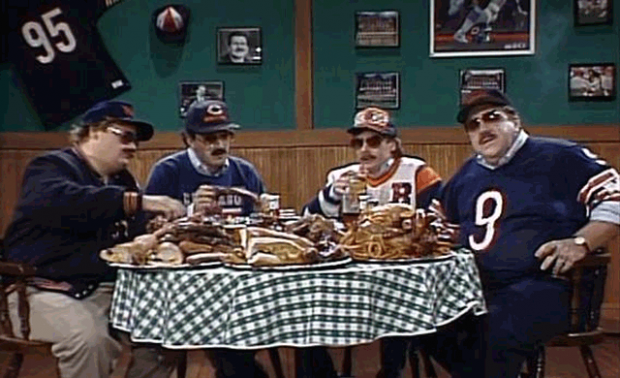 Is that caliber even legal?

Hah. Last week a British “newspaper” wrote what they thought was an article about the Navy fitting a ship with an expensive five inch gun. Because they thought that was barrel length, not calibre. I suspect they had naval guns confused with something else entirely. 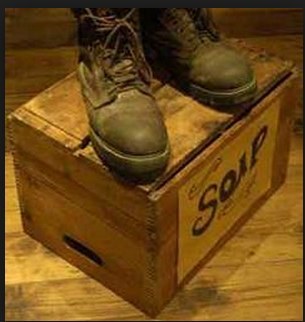 If you are going to write an article criticizing the Chicago Tribune for not telling her story… perhaps you should tell it.

Hey how about letting the world know what sport she won the medal in?

You know that journalism about media and journalism itself is a thing, yes? I would count myself as among those readers who find how the games are covered is more interesting than the competitions.

Shooting - for the vast majority of private gun owners, it has nothing to do with terror.

Nice non sequitur. Ownership and terror are both delusions.

Jesus, she won a bronze in trapshooting AKA “shootin stuff with muh gun” This is the Olympic sport that makes trampoline look positively athletic. The general public never would have heard her name if it wasn’t for the fact that she was married to an NFL player. Sorry, NFL players are orders of magnitude more famous than most Olympic athletes in general but especially trapshooters. Do you know who won the gold for trapshooting (without Googling it)? Of course you don’t.

Trapshooter married to a football player; I wonder if it was a shotgun wedding.

I’ll show myself to the door.

I wonder if it was a shotgun wedding.

Thank you, thank you. I’ll be here at the lovely Boingo Boingo Lounge all week.

The general public never would have heard her name if it wasn’t for the fact that she was married to an NFL player. Sorry, NFL players are orders of magnitude more famous

And by an amazing coincidence, broadcast media are the ones who decide who is famous and who isn’t. So if they decide that the NFL is deserving of such notoriety for whatever reason, that is just something else to think about.

Do you know who

The fix, for specialist publications whose only specialist interest is in the guy, is still very easy: just include her in the headline.

For general audience papers like the Tribune, though, the guy doesn’t need mentioning until after the lede.

Typical Liberals, just handing out awards. Back in my day, the most we got for achieving [Thing] was the cold, distant disregard of our [Parent]!

Ahhh, so it’s evil “broadcast media” that has kept the WNBA from becoming the worlds hottest sports league while simultaneously making the Kardashians richer than god?

Surely the broadcast media have some impact on what people watch? Or are we assuming they just magically know exactly what people want to watch without asking?

Shooting - for the vast majority of private gun owners, it has nothing to do with terror.

I’m sure that would be a huge comfort to the families of those killed by that tiny, not-even-worth-considering minority for which it does.

How do you define “evil”, and what does it have to do with this discussion?

Since you put “broadcast media” in quotes, I will clarify what I mean by that. Which is communications media which are primarily centralized one-way affairs where a company or group curates what they think needs to be known and pushes it to a mass of subscribers. As opposed to normal decentralized two-way communication such as we are doing here, where actual discussion is possible.

As for hotness, richness, etc - those sound like subjective types of hype.

To be fair, they can’t very well look up every name in their “Binders Full of Bears’ Linemen’s Wives”.