In failed stunt, Ron DeSantis suggests no tax on gas stoves — even though most Floridians use electric

Originally published at: In failed stunt, Ron DeSantis suggests no tax on gas stoves — even though most Floridians use electric | Boing Boing

We sure wouldn’t want government picking winners and losers…

This is aimed at national voters, especially California Republicans, in advance of his 2024 Presidential run.

In fact, a whopping 70% of homes in California use gas stoves, more than in any other state

Apparently they’re paying a big premium to use them now too. From what I’ve been hearing, the utility prices for natural gas are over the top at the moment.

California’s most famous Republican governor ever was on the opposite side of this issue. 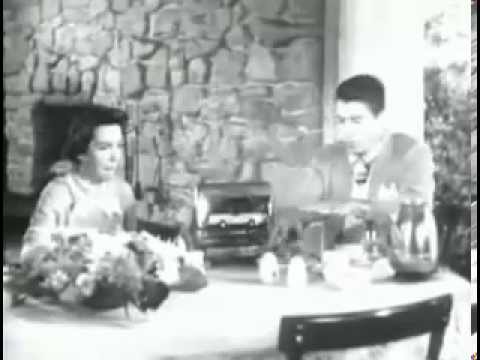 Watching that video, I want some of those appliances! They are cool!

Well, no… he was paid to promote the industry view there. It has nothing to do with his actual political views.

I realize, he was a celebrity and was famously paid by GE to do these spots. But wow, those are really cool looking GE mid-century appliances, would love to have.

i’d like if lefty operatives keep putting things like this out there and see how far the right will bend to be in favor of ridiculous things just because somebody from the left might have said it.

As a liberal, I am fervently against people making videos of themselves hitting their thumb with a hammer and posting them on-line. Some folks on the other side of the aisle may disagree, but it would be a shame if they engaged in this behavior just to own liberals.

Maybe Floridians will decided to ‘own the libs’ by ripping out their electric stoves and putting in gas. Of course, if they don’t have an existing gas hookup, the tax savings isn’t going to cover that.

Probably off topic, but speaking of California and gas, when I took a trip there a few years ago, I noticed a common amenity in hotel rooms were gas fireplaces and outdoor gas fire-pits where the flames came up through a material like sand or fine gravel. I live on the east coast. The gas fireplaces I’ve seen were made to look like wood fireplaces with imitation logs. The majority of fireplaces were actual fireplaces that burned actual logs or wood stoves that were a primary heat source for the dwelling. I’ve noticed the gas fired with flames coming out of sand in TV shows and movies since then, or maybe I’ve been on the lookout for them. Is this a common thing elsewhere? Is this a California thing? Or did I just see the only 3 or 4 such fireplaces in California on my trip and I am imagining this phenomenon? The design seems dangerous and prone to gas leaks if the flame goes out.

I know that there are probably many millions of good Floridians who don’t deserve what climate change and rising sea levels are going to do to their state but boy howdy it’s going to be some delicious schadenfreude watching this guy clinging to a makeshift life raft for survival some day.

As if he would go down with his state. He’d abandon Florida as soon as it was convenient for him.

He’s also having a special on lead paint, asbestos ceiling tiles and leaded gasoline. And the new official sport of Florida is Jarts.

I’ve seen them on the East Coast, I imagine they’re prevalent in areas without nearby firewood? They’re less smoky than wood fires, but are still problematic, especially indoors.

Wood-burning fireplaces in CA cannot be used on no-burn days (days with bad air quality) and these happen frequently during the winter. So most new builds usually install the fake gas fireplaces.

My parent’s pre-WWII ranch house had a wood-burning fireplace, but my mother put in a gas insert sometime in the late 1990s because the county had a lot of bad air quality days.

I mean, they’re already literally shooting themselves while they play with their guns to own the libs, so this may actually be a step back towards rational behaviour.

What the hell is wrong with these people? Ten years ago if you wrote a film with a child who acted like this no one would buy it as “authentic.” How are these folks real, adult, and in positions of power?! How is anything getting done in the US? Half the country seems to be voting entirely on the basis of “who will piss off the people I hate the most?”