I want to punch that marketing release up the bracket. No, I want to throw it through a wall.

Yeah, I have no particular love/hate for serifs but that new logo is just so blah, almost kindergarten looking.

It’s enough to make me go use Bing.

(is this Sundar Pichai asserting his new power?)

Why the crappy anti-alias? Is that a hipster thing?

it isn’t a bad logo, just not a good one. not that the original was good to begin with.

this new logo will still win in a fight against Yahoo’s.

They should have just used Comic Sans.

Not really sure what the commenters above me are complaining about.

Clearly a better logo, although not sure a rebrand was necessary, I don’t work in the google brand team so who am I to say.

And the description is just… A description. I have a feeling they could have written anything there and the same people would have still complained it was annoying or whatever.

The antialias however is clearly just an artefact of some kind (it’s likely an SVG animation that’s been crudely captured as a gif), @Mister44

It completely missed the mark. I want to know how this new logo/icon will make me feel, how it will improve my life, and that more people are going to notice me than ever before. Where is the fairy dust google?

The new logo’s intro animation on Google.com makes it clear that they’re specifically going for a preschool aesthetic. I’m sure that hundreds of hours of work and millions of mockups went into creating Baby’s First Logo, so I’m not going to judge their thought process. It definitely works better with the primary colors they’ve been using for over a decade than the old stuffy serifs.

Map reduce and graph theory aren’t magic >:D (my first comment was largely a homage to an Eddie Izzard sketch) 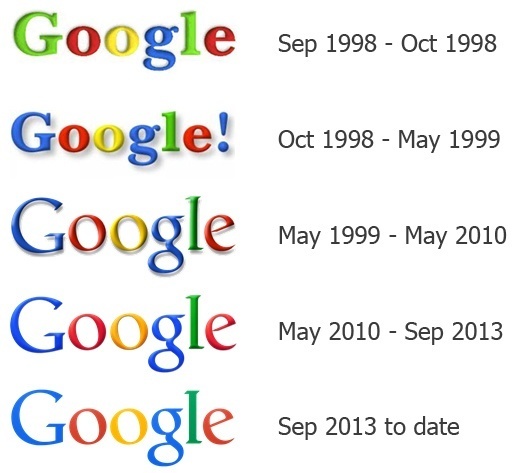 Well it is still a sales pitch

‘Heres our logo’ may do the same job, but there’s a reason nobody’s paid to write that

Edit: also I’m dissapointed in myself for missing an EI reference.

Easier to read on a tiny screen? Books have been printed in serif fonts since Gutenburg because they are easier to read when they’re tiny.

Hmm I wonder if the lines were not so thick it would look better/cleaner.

I kinda like companies that try to keep their brand fresh. Coca Cola has been doing it for a long time now. The change in the lower case ‘g’ kinda throws me however. That lower case ‘g’ was kinda iconic IMO.

I have a feeling they could have written anything there and the same people would have still complained it was annoying or whatever.

To me it’s a perfectly competent blend of their embarassingly folksy/goofy/amateur 1998-era schtick updated to align with the undeniable soulless dystopian megaconglomerate 2015-era status.

It’s not like anyone alive chooses their services based on the branding, anyway. We barely choose them at all.

Now that’s an assessment I can get behind

Old companies that want you to think they are doing something new change their logo.